Home UK News The BBC just declared that FIVE children being murdered by Israel is... 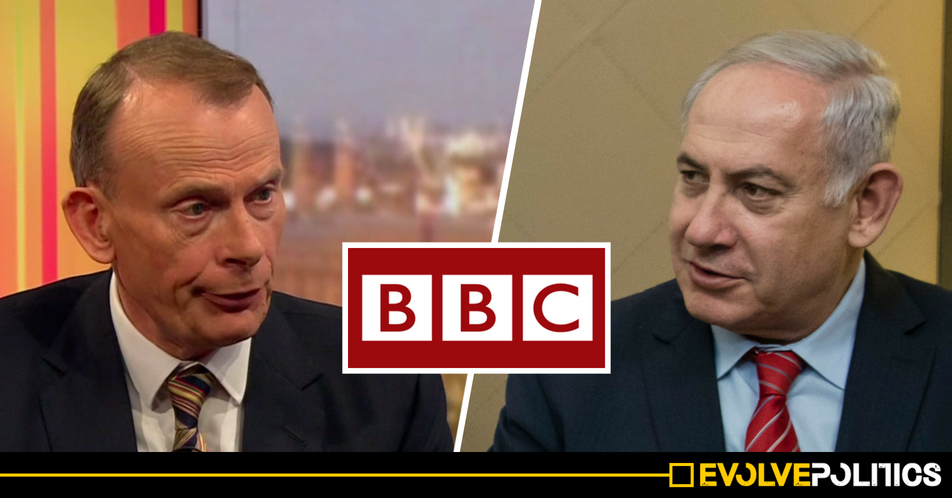 Israeli forces have killed 18 Palestinian children in 2018 alone – but after a complaint to the Corporation from a pro-Israel activist, the BBC have taken the extraordinary decision to reprimand their Senior Political Pundit Andrew Marr for exposing such horrific child executions by Israeli forces.

Following the beginning of the ‘March of Return’ on 30th March this year – an annual Palestinian protest which marks the commemoration of Land Day when Israeli forces killed 6 Palestinian children in 1976 for protesting the confiscation of their land – Israeli forces began firing live ammunition at protestors, ultimately resulting in the deaths of 123 Palestinians, including numerous children.

During the newspaper review section of the show where guests were discussing the ongoing crisis in Syria and reports of an alleged chemical weapons attack, Andrew Marr said:

“And the Middle East is aflame again. I mean there’s lots of Palestinian kids being killed further south as well by the Israeli forces.“

However, following Marr’s comments, anti-Semitism campaigner Jonathan Sacerdoti made a complaint to the BBC claiming that the host was simply inventing false accusations against the Israeli forces, stating in his complaint that:

“When talking about a story on the use of chemical weapons in Syria, Andrew Marr for some reason decided to talk about Israel (which was unrelated anyway). He stated there’s a lot of Palestinian kids being killed further south by Israeli forces.

This is completely incorrect and is made up. This was irrelevant to the conversation on Syria… and also actually completely false.”

However, between the start of the 2018 and the broadcasting of the show on April 8th, at least 5 Palestinian children had been gunned down by Israeli forces, including three child murders in quick succession between March 30th and April 6th.

However, despite the facts showing that Israeli forces had indeed killed numerous children as Marr had briefly mentioned, the BBC have decided to uphold Sacerdoti’s complaint, choosing instead to reprimand Andrew Marr.

“The BBC’s guidelines require that output is “well sourced” and “based on sound evidence”.

In the absence of any evidence to support the reference to “lots” of children being killed at the time of transmission, it seems to us to have risked misleading audiences on a material point.

‘We therefore propose to uphold this part of your complaint.”

With their decision, the BBC has essentially declared that the murder of 5 innocent children by Israeli state forces is ‘not a lot’.

The unprecedented decision by the Corporation will also surely also act as a reminder to other BBC pundits that any criticism – however truthful it may be – of Israel’s policy of shooting dead unarmed protestors, is completely off-limits.

Call me old fashioned, but I’d argue that the killing of just one innocent child should be considered as too many.