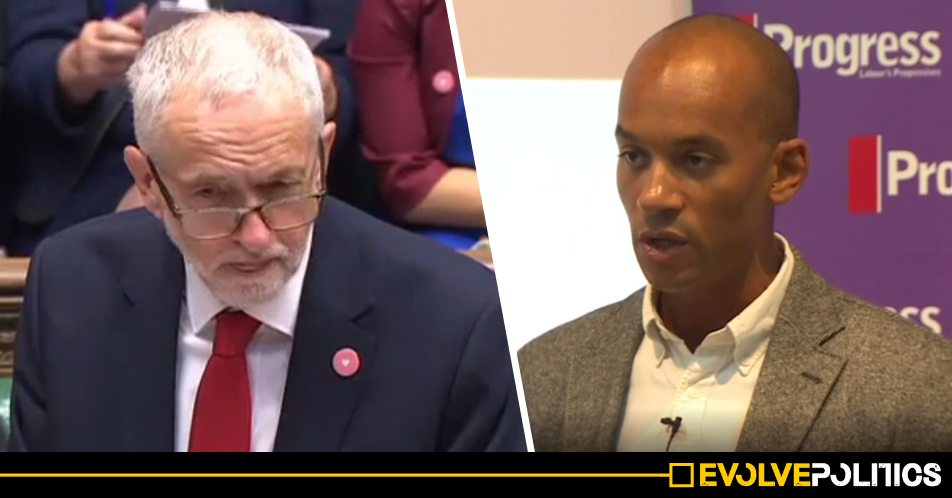 In recent weeks, numerous right-wing Labour MPs who have been openly hostile towards both Jeremy Corbyn’s leadership, as well as towards Labour members, have encountered a severe backlash from their local constituency parties, with Joan Ryan, Gavin Shuker and Chris Leslie becoming the latest right-wing Labour MPs to suffer votes of no confidence from their CLPs.

However, despite there being absolutely no evidence that any of the recent votes of no confidence have been orchestrated by the leader’s office, the former Labour frontbencher Chuka Umunna has demanded for Jeremy Corbyn to “call off the dogs” in relation to the democratic actions of local members – a phrase which, given Umunna’s past history of labeling ordinary people as trash, was roundly criticised by both the Labour leadership as well as a large section of members.

Yet, even though the actions of local party members are quite clearly a direct result of the behaviour of their local MP and not any direction from the Labour leader’s office, it is entirely unsurprising that many on the Labour right have drawn such a conspiratorial conclusion.

Yes, when it comes to the targeted deselection of those disloyal to the leadership, it seems that Labour’s Blairite wing have double standards.

An article in The Daily Telegraph in 2004 describes how the then Chief Whip, Hilary Armstrong, was planning “show trials” for those disloyal to the leadership of Tony Blair, including the now Labour leader Jeremy Corbyn, and the current Shadow Chancellor, John McDonnell, who persistently voted against the party whip (votes which were almost always against the Tory line as well):

“A senior Labour figure cited the names of six MPs who could expect to be asked to make a vow of loyalty before the NEC as the price for having their candidacy endorsed.”

The 2004 Telegraph article goes on to state that Blairites were so incensed by left wing MPs rebelling against the party whip on votes such as Iraq, that they wanted them to make a “vow of loyalty” to Tony Blair or face deselection, naming the six repeat offenders – three of whom should be rather familiar:

Deselection is something that Blairites were more than happy to force through in 2007 too – most famously when veteran MP Bob Wareing, who had been MP for West Derby for 24 years, was deselected in favour of New Labour candidate Stephen Twigg.

“I can imagine Bob will be disappointed, but the constituency has made a democratic choice and felt they wanted someone fresh.”

Fast forward to 2018, and that same democratic process is being used by members – but this time with absolutely no indication that the Labour leadership have any involvement whatsoever – and, surprise surprise, there’s not even a hint of conciliatory language about democracy, party processes, or supposed ‘modernisation’, from those on the right of the Labour party this time around.

It’s ‘a purge’ when Corbyn supporters do it but it’s ‘modernising’ when Blairites do it. If we had a media worthy of the name it’d be able to point that out.

Deselection is apparently only acceptable to Blairites if they’re the beneficiaries of it – otherwise those such as Joan Ryan will simply label Labour Party members as ‘Trots’, ‘Stalinists’ and ‘Communists’ for having the hilariously non-Stalinesque gall of using peaceful democratic action to vent their frustration.

The Labour Party’s processes are there for a reason – so that the actions and behaviour of Labour MPs are ultimately accountable to their local party members. However, when it comes to those on the Labour right such as Chuka Umunna – a man who has spent years trying to oust the twice democratically elected leader of his own party, and who now spends his time vigorously urging Parliament to overturn the 2016 EU referendum result – it seems that the simple principle of democracy can go to hell in a handbasket, unless the outcome suits them and them only, of course.