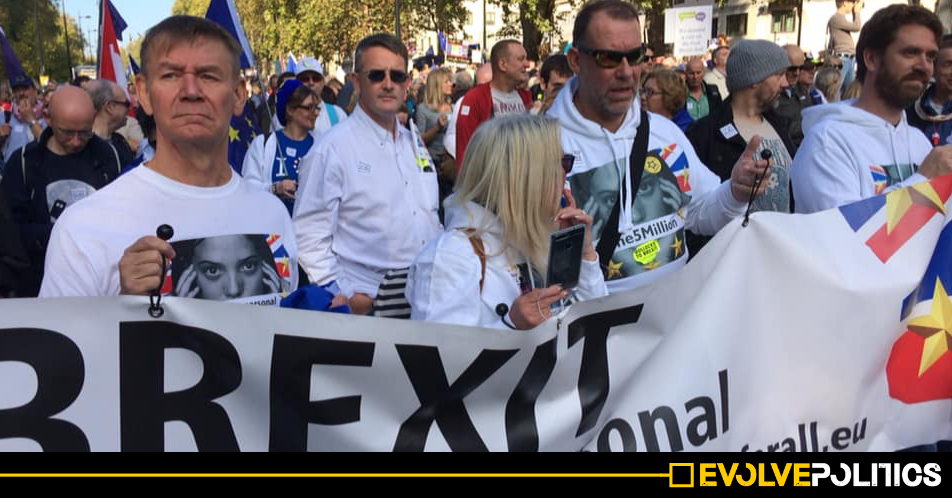 The People’s Vote movement may feel vindicated by the hundreds of thousands of people who took to the streets of London this weekend in defence of Britain’s membership of the EU. But in 2016, 17.4 million people, including many of Britain’s most down-trodden, joined a collective electoral protest against the status-quo. Do Remainers – who claim to oppose the rise of the populist right – really not understand the risks of disenfranchising these people?

I am not speaking here to the elite – the Anna Soubrys or the Chuka Umunnas of the world – but to the well-intentioned people who see the break up of the EU as the defining moment in their political lives. The people whose world was turned upside down on June 23rd, 2016. Those who claim to no longer recognise their country.

This question is meant in good faith. There are many, particularly young people, who see the EU in terms of their own sense of internationalism and solidarity with others across the trading bloc. Many who will not be aware of Jeremy Corbyn and the left’s historic and principled opposition the bosses’ EU.

But the fact is that if your world was turned upside down in 2016, you are simply catching up with the majority of the population. Recent reports show that 14 million people in Britain now live below the poverty line. This is not a result of the Brexit vote, but of decades of neoliberal policies which have savaged the living conditions of Britain’s working and middle classes. Decades when you couldn’t get a piece of paper between the policies of the two main political parties.

For much of the population, 2016 was the first time in a generation that they felt their vote would achieve something. Overturn this at everyone’s peril.

Far from providing any solutions to the growth of the populist right, the pro-austerity political establishment – against which the Brexit vote was a rebellion – is actually pouring petrol on its ideas. This much is evident across the EU, but none more so than in Germany.

Alternative for Germany (AfD) shows how to grow a far-right movement from nothing. They were formed just five years ago in the aftermath of Eurozone crisis. They are children of crisis.

In this time, they have quickly grown from a marginal party to the official opposition in the Bundestag, the German parliament. They made huge gains in the recent elections, providing them with €400M of public money with which they plan to employ 1000 full time workers.

There are, of course, other examples of the populist right making gains across the EU, but the reason for singling out Germany is because its Chancellor, Angela Merkel, is widely understood to be the de facto leader of the European Union, and Germany itself the country most central to the project.

So how is it, then, that EU membership can be said to provide any kind of meaningful protection against rising nationalism when the populist right continues to grow like a cancer in its leading organs?

The reason for this apparent contradiction is because of a misidentified problem. The underlying problem facing the people of Britain, Europe, and indeed the world, is not Brexit – it is disease-ridden capitalism. Brexit and the far right are both symptoms of this sick system.

The solution is not a second referendum or a “People’s Vote”. It is socialism.

If Soubry and the Tories want to overturn the referendum result, then that is their business. There will be no quicker way of demonstrating the limits of capitalist democracy. In fact, if Corbyn holds firm in supporting a socialist Brexit, he could stand to benefit in such a scenario.

But if the Labour Party becomes complicit in overturning the referendum result, this could spell disaster for the left. To join in kicking the disenfranchised when they are at their most vulnerable would be the quickest way to provide an electoral base for the far right.

As always, the left must plot a course independent of the political establishment.

Thankfully, however, Corbyn and many on the left recognise this and are pressing ahead with calls for a General Election – a real People’s Vote.