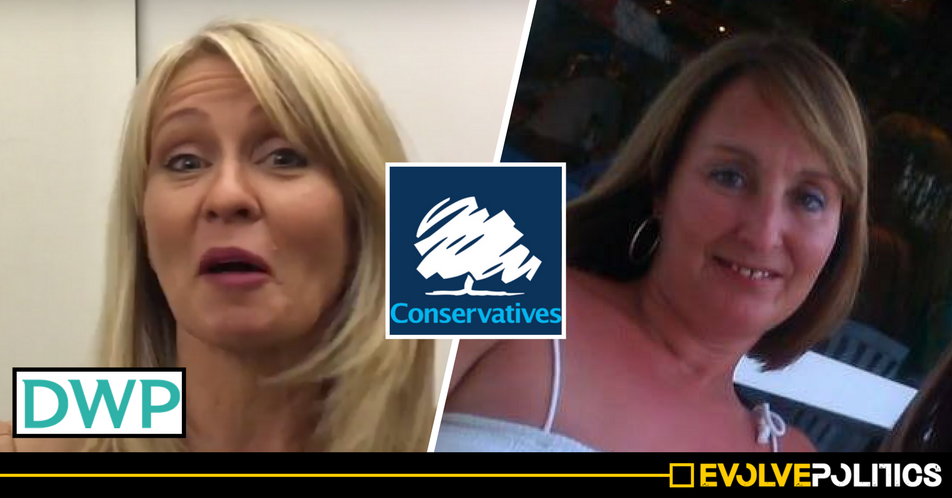 The Department for Work and Pensions (DWP) sent a disability assessor to the home of a woman who had been deceased for over seven months in an attempt to check if she was fit to work – only for the DWP Assessor to be handed the woman’s ashes by the deceased woman’s horrified daughter.

Former Dinner Lady Louise Broxton died of lung cancer in August 2017 aged just 47, and shortly afterwards her daughter Hatti went through ‘all the right channels’ to inform the DWP of her mother’s passing.

However, despite the DWP confirming to Hatti that they had placed the information on their system, the department still, incredibly, decided to send a Disability Assessor around to check if her recently deceased mother Louise was fit for work.

Hatti, who works as a prison officer near Wolverhampton, said that after she opened the door to the assessor, his first words were “Hi, are you Louise?“

In an interview about the incident, Hatti continued, stating:

“I was stunned and said I wasn’t but invited him in and said: ‘Hang on a minute I’ll go and get her.’ “

“I walked over to the mantle piece in the lounge where we keep mum’s remains in an urn decorated with a rose.”

“I handed it to him and said ‘This is the Louise Broxton you’ve come to see. She died in August like I told your office at the time.’ ”

“The doctor’s face was a picture and he just said ‘Oh my God” and apologised profusely.”

“I know it wasn’t his fault but I told him I had gone through all the correct channels to report my mother’s passing and his visit was very upsetting.”

“He admitted he hadn’t even been through mum’s medical records which would have said quite clearly at the end – deceased.”

“Ten minutes after the doctor left I got a frantic call from the DWP office to say they had made a mistake and they wanted to hold their hands up and sincerely apologise.”

“I’d love to live in the world that the DWP live in – the one where my mum’s still alive. But she’s been gone for seven months and something like this doesn’t make our loss any easier.”

The DWP has reportedly apologised to Hatti for their catastrophic blunder and are also said to be investigating the incident.

A DWP spokesperson has since responded to our request by simply saying:

“We’ve apologised to Ms Broxton for the distress caused by the administrative error.“