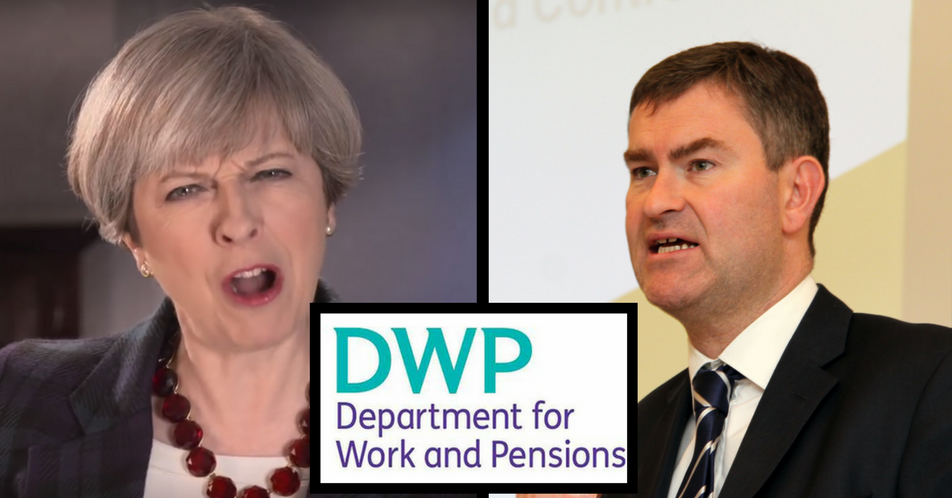 Following Green’s departure and the removal of the DWP’s 80% target for refusing Mandatory Reconsiderations, the High Court has now handed disabled claimants another early Christmas present.

The Tories’ changes to the qualifying rules for Personal Independence Payment (PIP) which barred 164,000 disabled claimants from receiving the higher mobility rate have been ruled discriminatory and unlawful by the High Court after the judge found that the changes ‘blatantly discriminate’ against those with mental health conditions.

Subject to whether the DWP is given leave to appeal, the ruling could prove enormously helpful to claimants whose benefits were unlawfully cut on Green’s watch.

Showdown at the High Court.

In the landmark ruling, Judge Mostyn described the Tories’ changes as ‘manifestly without reasonable foundation’, and commented that the Tories’ wish to save money couldn’t justify such an unreasonable measure.

Quashing the Statutory Instrument, Mostyn ruled that the State lacked the power to create such rules and should have consulted before making them as they sought to undermine the very purpose of PIP itself.

According to one report:

The Secretary of State accepted that the testing carried out for PIP had not looked at whether the basis for treating those with psychological distress differently was sound or not and the testing actually done was limited.

According to Judge Mostyn, austerity policy’s incompatibility with the UN Convention on Rights of Persons with Disabilities supported his own finding that the DWP’s rule changes had no objective justification.

The DWP, however, sees things differently. According to a spokesperson;

PIP replaced a system that was less generous for people with mental health conditions and is designed to consider the broader picture of how someone’s life is affected by their disability or health condition.

We are disappointed the judgment fails to recognise that PIP provides more support to people with mental health conditions than ever before.

The DWP had responded to an earlier tribunal ruling regarding the mobility needs of those suffering mental and psychological problems by quietly changing their rules. In doing so, thousands of PIP claimants who face difficulty planning and following journeys due to psychological stress (or simply can’t do so) were barred from receiving the higher rate mobility component.

According to the Government’s own Equality Impact Statement, some 164,000 were disqualified from receiving the enhanced rate while, of those, some 132,000 wouldn’t qualify for PIP’s mobility component at all. An enormous saving for the DWP’s welfare reform policies and a tacit snub to the Tribunals Service, a body whose relationship with the DWP has become increasingly fraught.

A claimant identified only as ‘RF’ challenged the changes, represented by the Public Law Project and supported by the National Autistic Society, Inclusion London, Revolving Doors and Disability Rights UK. Today’s ruling could have huge implications both for PIP claimants and welfare reforms in general.

So whilst disgraced former DWP boss Damian Green receives a tax-free £17,000 pay-out on his departure from as First Secretary, welfare claimants are still left to wonder if they will receive the awards they are doubtless hoping for. These changes, enforced during Green’s tenure, have led to a different body of opinion;

That austerity has supported the sick and disabled in the same way a hangman’s noose supports a convict.