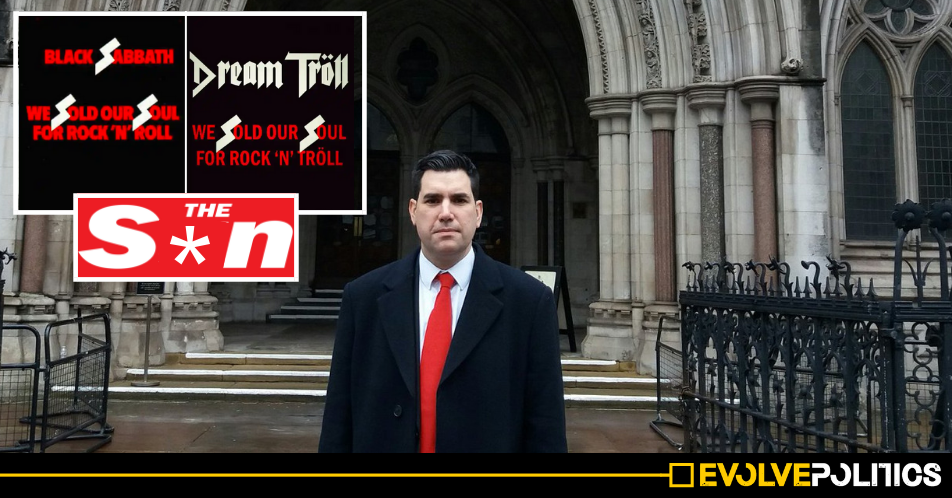 The Rupert Murdoch-owned right-wing newspaper, The S*n, has been forced to pay out £30,000 in libel damages to Labour’s Shadow Justice Secretary Richard Burgon after being found to have falsely accused him of performing in a heavy metal band who supposedly delighted “in Nazi symbols”.

Appearing at the High Court in London, Mr Justice Dingemans ruled that the S*n article, headlined “Reich and Roll: Labour’s justice boss ridiculed after he joins a heavy metal band that delights in Nazi symbols“, was highly defamatory, false and unfair towards the Labour MP.

The S*n article was based on Mr Burgon’s decision to record a song with the Leeds-based band, Dream Tröll, and alleged that a font used in one of the band’s Twitter posts – entitled ‘We Sold Our Soul For Rock N Tröll‘ – supposedly paid homage to the Nazi SS logo.

However, contrary to the claims in The S*n’s article, Justice Dingemans ruled that the post was clearly an almost identical parody of a well-known Black Sabbath album cover: 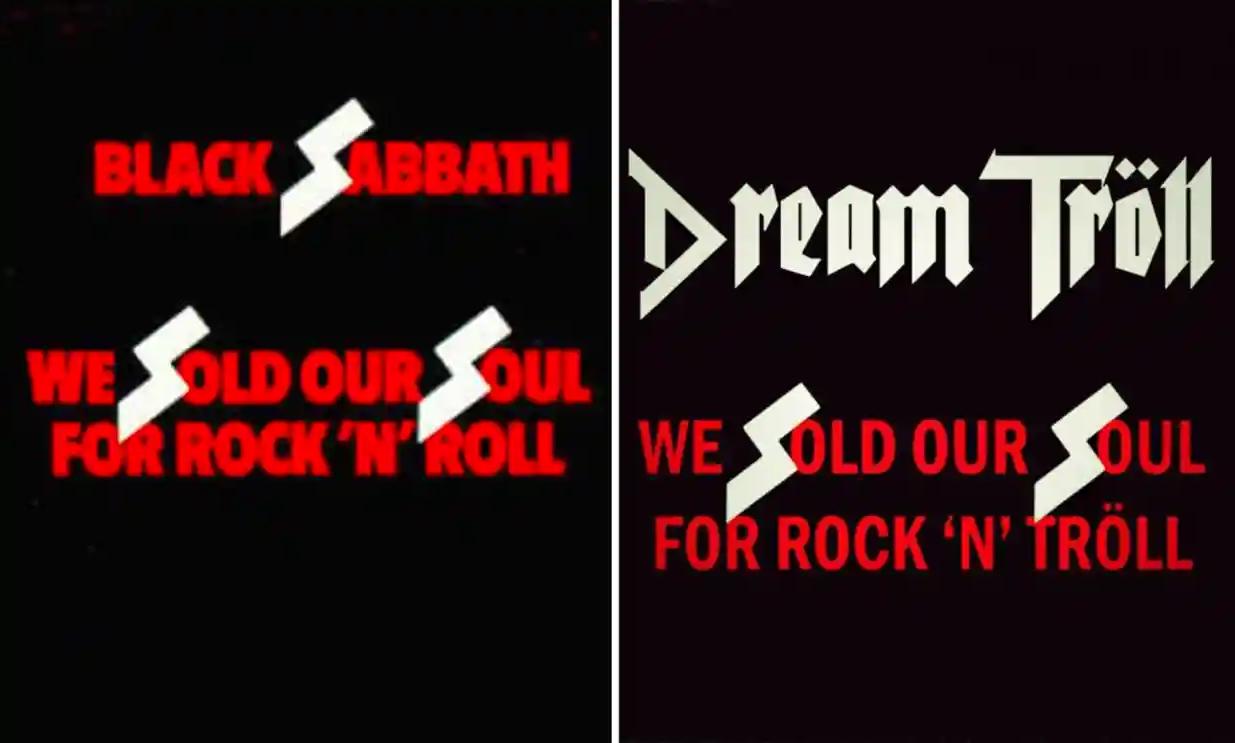 During the three-day trial, The S*n’s lawyers raised the issue of antisemitism within the Labour Party in an attempt to prove their defence.

The Shadow Justice Secretary was also asked whether he would be willing to perform in front of the disputed artwork in Tel Aviv, or in parts of North London with large Jewish populations.

Mr Burgon insisted that he would never appear on stage in front of Nazi imagery, but claimed that he did not accept the premise of the question, stating:

“I do not accept that it is Nazi iconography. It is a pastiche or spoof of an album by a famous rock band from the 1970s”

During the trial, Mr Burgon was also asked “Is it fair to say you don’t like the Sun very much?“, to which the Shadow Justice Secretary responded:

Following the ruling in his favour, the Shadow Justice Secretary tweeted to that he was “Delighted to have won’ his High Court case against The S*n, adding:

“Their slur attempting to link me to “Nazi symbols” was held to be false and defamatory.

The pro-Corbyn Labour MP also stated that he would use the damages to “fund a paid justice internship for a young person from Leeds.“

Delighted to have won my High Court case against The Sun.

Their slur attempting to link me to “Nazi symbols" was held to be false and defamatory.

With that I'll fund a paid justice internship for a young person from Leeds. pic.twitter.com/uWlsdhSUoR

Mr Burgon is a lifelong heavy metal fan and will be in charge of Britain’s Justice System, should the Labour Party be elected into government.

The S*n have said they are “deeply disappointed” with the ruling and have confirmed that they will be appealing.