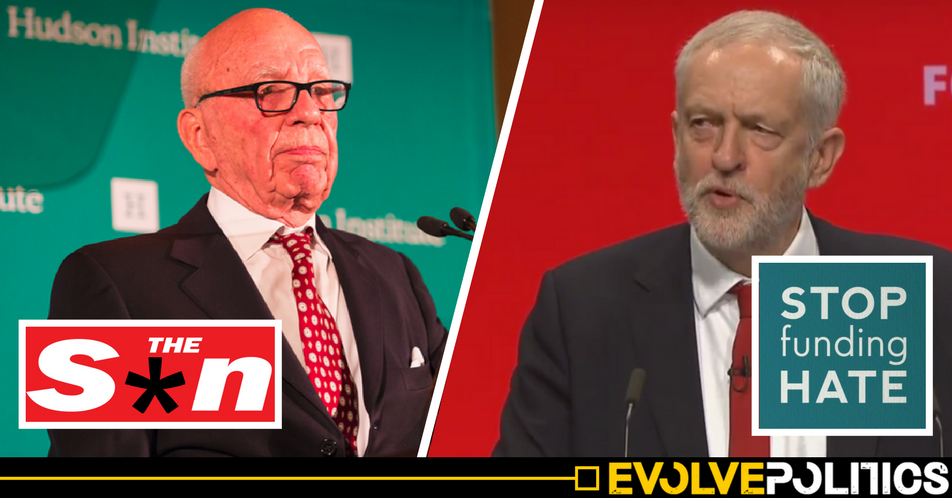 The Sun ‘newspaper’ has made a £24m loss this year, according to accounts filed at Companies House.

Reasons for its poor performance include £51m paid out in legal costs, damages related to phone hacking, and an increasingly hostile print advertising market who, thanks to campaigners like Stop Funding Hate, have increasingly abandoned advertising in hugely divisive right-wing publications such as The Daily Mail and The Sun.

The Sun – notorious for its economy with the truth – was determined to put a positive spin on their significant financial losses, however.

The huge loss was supposedly nothing to do with its foul content, its misogyny, or its smearing of politicians on the left. The problem, according to the outlet, were:

the challenging market conditions, with declines in both newspaper circulation in the popular segment and in print advertising due to continued weakness in the industry as advertisers are shifting spend from print to digital.

The fact is, people no longer want to buy the Sun. Its nadir was the coverage of the 1989 Hillsborough football disaster, where 96 Liverpool supporters were killed after police forced fans into an overcrowded pen at a stadium in Sheffield, causing a fatal crush.

In the aftermath, The Sun simply made up lies about the Liverpool fans with absolutely no evidence to back it up: that they supposedly urinated on police, they picked the pockets of victims, and that they beat up police officers performing resuscitation.

There wasn’t a word of truth in any of this, but it took 27 years for an enquiry to reveal the truth: that the 96 victims were unlawfully killed and that there was no evidence whatsoever of any wrongdoing by fans.

The Sun has been the subject of a boycott in Liverpool ever since Hillsborough, with even the city council showing its support.  Fans from 70 other clubs have also pledged not to buy the Sun. The paper finally issued a mealy-mouthed apology, but the damage had already been done.

The Sun’s losses last year would have been even worse had it not been able to save £55m through not having to pay employment tax liabilities.

It rather raises the question: it’s a foul, racist, misogynist, Tory-supporting rag, and it makes a loss – just what exactly is the point of the Sun?