Home UK News Economy The Toby Young farce was a diversion. The new OfS is far... 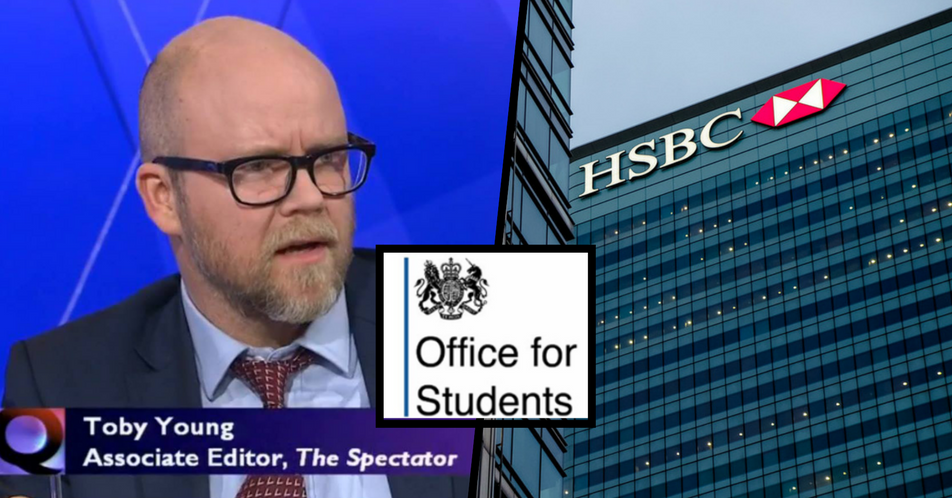 Toby Young became yet another resigned Tory today, following in the footsteps of so many other blue-tied colleagues. His resignation, just days after a shock appointment to the Tories’ new university regulator, is a clear victory for anybody with a grain of decency across the land.

However, with all the focus on Young’s endless record of verbal atrocities, very little attention has been paid to the actual role of the Tories’ new Office For Students (OfS) for which he was appointed a board member of.

The OfS itself is yet more corporatisation of our education system, and despite its name, the regulator has just one student on its board. The board also, ridiculously, contains 5 members who have significant links to massive corporations with far from impeccable records, such as HSBC, Credit Suisse and Boots.

The OfS will also have the power to award degree status to institutions and courses, as well as potentially being given the power to fine universities and impose penalties.

As well as these, the regulator will also be responsible for awarding funding to universities, as well as deciding courses that the OfS themselves deem eligible. This will give the Ofs board – highly represented by corporate interests – sweeping powers to bin courses for whatever reason they see fit.

The OfS has been described by its chief executive Nicola Dandridge as:

the biggest change in HE regulation for a generation.

Aside from Toby Young, there have been numerous inexplicable appointments to the OFS board, which also includes Simon Levine, CEO of DLA Piper – a huge multinational law firm – and Gurpreet Dehal who worked for banking giant Credit Suisse as Managing Director and Global Chief Operating Officer for the mega-banks Prime Services Business.

In 2014, Credit Suisse pleaded guilty and had to pay a £1.5bn in the US for operating a huge tax evasion scheme.

Another* interesting* choice to sit on the OfS board is Elizabeth Fagan – a Managing Director of high-street drug giant Boots.

The BBC recently reported on dangerous staffing practices at Boots after a former manager, Greg Lawton – who worked for Boots between 2008 and 2015 – left in protest. They reported Mr Lawton as saying that:

the things he knew about staffing levels kept him awake at night.

They also reported how these staffing practices had led to patients being given critically high doses of medicines they had been prescribed – leading to fatalities in some cases. The company also known to have previously avoided paying £1.1bn in corporation tax.

And another to sit on the OfS board is HSBC’s former Group Head of Public Affairs, Katja Hall.

HSBC, of course, has been involved in fraud multiple times. Bloomberg reports the latest lead to one of their former traders being convicted in the US for:

So, it is clear that these are definitely the kind of people and companies who should play such a pivotal role in regulating our higher education institutions, isn’t it?

In fact, out of the 13 announced board members, 5 have either have direct links to massive corporations or were formerly employed by them.

The rest of the board members include 1 actual student, 2 private education representatives, and other Uni representatives, such as Steve West, vice-chancellor of the University of the West of England (UWE) – who was paid an astonishing £315,269 in 2016

The OfS will essentially have absolutely nothing to do with students themselves, but will instead be chaired by a range of corporate heads and ridiculously overpaid Uni leaders: ultimately giving corporations and fat cat uni bosses a huge opportunity to further milk students for every last penny.

What exactly does a former HSBC spin doctor know about higher education and so-called student satisfaction, and furthermore why should they have any interest at all in it?

The OfS alleges that it is a regulator, and the very notion that somebody who used to occupy a high ranking position for a consistently fraudulent company – HSBC – can be appointed by the government to regulate something as important as higher education should be enough to make even the most stern-faced of neoliberals wary.

Furthermore, if the OFS is given the power to fine and penalise institutions, how exactly could that influence university teaching? For instance; teaching Marx, or any other economics that conflicts with or criticises neoliberalism – could a university be fined for doing this if the OfS’s corporate heads consider it be bad practice?

This is, of course, a hypothetical scenario, but they are questions worth asking about the newly formed OfS.

The corporatisation of education has been, and will continue to be, an unmitigated disaster. An entire generation has been saddled with thousands and thousands of pounds of debt for which they can never declare bankruptcy on – and will likely never be paid back – all for wanting to get on in life. No system should be set-up to punish young people for having the audacity to want to learn.

Corporations and provably fraudulent banks should have no place in any sane or serious academic structure – alas Young was just the bald-headed tip of a surely soon-to-be scandalous OfS iceberg.

Today’s victory is one that we mustn’t allow distract us from the underlying fundamental corporatisation at the heart of the Office for Students, and the deeply regressive nature of the Tories’ sustained and unrelenting attack on our once-esteemed education system.