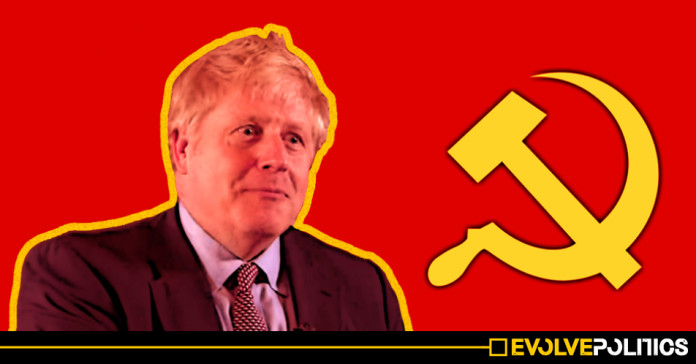 In a move that appears to make absolutely zero sense, whilst also reeking of astounding Tory hypocrisy, the Conservative Party have hired a literal Communist to help write their manifesto for the upcoming General Election on December 12th. Yes, really.

Munira Mirza, a once self-professed Trotskyist and former member of the Revolutionary Communist Party, has been hired by Tory HQ to help draw up their forthcoming election policy platform.

Mirza has been on quite the political journey in the last in the last 22 years, having started out on the far-left of the political spectrum, only to somehow end up employed by Boris Johnson’s hard-right Tory party.

Inbetween the two, Mirza has previously written for the Living Marxism magazine, as well as the left-wing title’s bizarre and consistently controversial right-wing successor, Spiked.

From there, Mirza began her transition to frontline politics, first working for the pro-privatisation Policy Exchange think-tank, before becoming the Director of the Tory Government’s Policy Unit.

Strange, isn’t it, that the repeated Tory attack line is that Jeremy Corbyn shouldn’t be trusted as he’s apparently a Communist – even though his policies are completely mainstream Democratic Socialist ideas.

In fact, just last month Boris Johnson called Corbyn a “Communist cosmonaut” in a bizarre joke during his keynote speech to Tory conference. And, as recently as Wednesday, Johnson labelled the entire Labour frontbench “Communists” during a typical unhinged rant at the despatch box.

Yet, despite his repeated and entirely false attempts to brand the Labour leader and his colleagues as Communists, Boris Johnson is bizarrely content to hire a literal Communist as a policymaker.

Furthermore, rather than warning about her Communist tendencies, the usually rabidly anti-left-wing Daily Mail have actually praised Johnson for hiring Mirza.

The Mail’s report instead focuses on how both Mirza and Rachel Wolf are supposedly helping to produce “the most feminist Tory manifesto ever”, and – surprise, surprise – the Mail only makes a brief mention of her Communist past.

Compare this to the Daily Mail’s headline in 2018, screaming about Jeremy Corbyn hiring a “lifelong Communist to work in his office”.

So it seems Boris is absolutely fine with Communists as long as they are now on his side.

Tory hypocrisy at its absolute finest.