Home UK News The Tories are set to prove they care more about oil than... 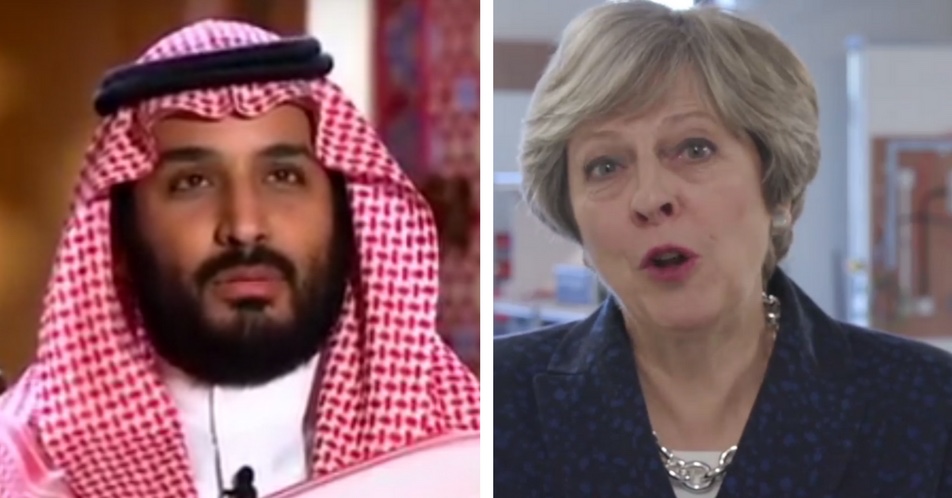 The Conservatives are set to block UN probe into alleged Saudi war crimes after threat of economic sanctions from the Gulf state.

The UK’s Middle East minister has warned of economic reverberations to member states if they back the United Nation’s probe into alleged Saudi war crimes in Yemen.

A quote reportedly from Saudi government letters and obtained by Associated Press warned countries including the UK that should they support the investigation into alleged human rights abuses, the Saudi dictatorship could cut off trade entirely, stating:

Adopting the Netherlands/Canadian draft resolution in the Human Rights Council may negatively affect the bilateral political and economic relations with Saudi Arabia.

Canada and the Netherlands are leading the way in the UN after proposing the draft coalition investigation into the conflict with the Yemeni authorities.

But, Alistair Burt, minister for Middle East and North Africa, has said that the Conservative government would not support the UN investigation, but emphasised that:

Finding a resolution to the conflict in Yemen is a very high priority for all of us at the foreign office and the department for international development who are providing support for Yemen.

The threat to cut trade ties was not unique to the UK, but the UK is a founding member of the United Nations and one of five permanent members of the Security Council.

The letter urged nations to consider:

[The] importance of adopting a unified stance to face the conflict in Yemen.

The Saudi ambassador in Geneva has denied knowledge of any of the letters.

To date, the conflict has seen at least 5,000 civilians murdered, and the majority of these deaths have been attributed to Saudi airstrikes.

Unlike the Conservatives, Labour have started to take action against the Kingdom.

Jeremy Corbyn has barred Saudi officials from attending the party conference and highlighted the reasoning fallacy behind sending aid to the region while continuing to sell weaponry.

We cannot reasonably claim to care for the innocent civilians who are being slaughtered if we are willing to sell British weaponry to their oppressors.

The director of advocacy at the Bahrain Institute for Rights and Democracy (BIRD), told the IBTimes UK:

The UK is insistent on backing Saudi’s whitewash investigations and obstruction of UN probes into the war crimes.

If the Conservatives block this investigation it will only serve to bolster Labour’s moral superiority as the party willing to stand up for the many; independent of race or religion.

History will not reflect well on those who turn a blind eye to the injustices in this world, and it seems now more than ever the UK needs a ‘strong and stable’ leader.

Should the Tories block the investigation, they will have proved once and for all that they care more about oil than they do about human life.