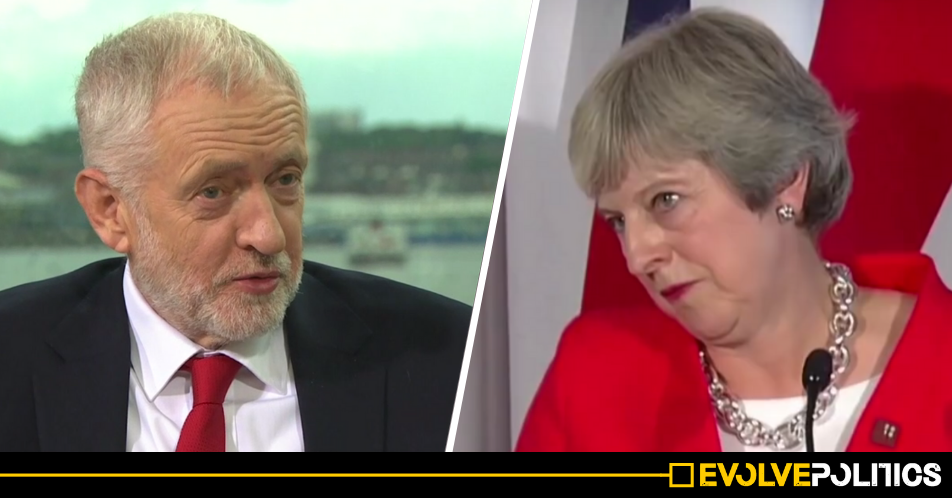 Even at the best of times, the Conservative Party aren’t exactly famed for being savvy with social media. You only need to take a brief look back at the inexplicable online exploits of the attempted (and now defunct) Tory Youth movement, Activate, or the Tories’ hilariously poor attempts at using Instagram, for evidence of this.

More often than not, the Tories’ social media team manage to combine a catastrophic technological illiteracy with a canny knack for being completely and utterly out of step with the views of the general public. But their latest attempt to attack Labour via social media was so outrageously hypocritical – and so devoid of any self awareness whatsoever – that the backlash against them was both near-universal, and hilariously brutal.

Following Jeremy Corbyn’s interview on the Andrew Marr show on Sunday morning, the Conservative Party Press Office attempted to attack the Labour leader and his Party over their failure to rule out another Brexit referendum, tweeting:

“[email protected] on #Marr says Labour will back a second referendum if their conference votes for it, breaking his manifesto pledge and betraying millions of voters who voted in good faith to leave the EU”

However, in an attempt to get their attack on Labour trending, Tory HQ accompanied their tweet with what what can only be described as a desperately ill-advised and monumentally hypocritical hashtag.

Yes, despite Theresa May managing to completely embarrass both herself and the reputation of Britain during failed Brexit talks in Salzburg last week, and despite the UK now being in absolute chaos, both socially and economically, because of the Tories’ brazen incompetence and disastrous policies, Tory HQ attempted to accuse the Labour Party of being “#UnfitToGovern”. Seriously.

.@jeremycorbyn on #Marr says Labour will back a second referendum if their conference votes for it, breaking his manifesto pledge and betraying millions of voters who voted in good faith to leave the EU #unfittogovern pic.twitter.com/sHiW7nlpOf

The hashtag quickly began trending, but, unsurprisingly, not for the reasons the Conservative Party were hoping:

A new gift has just arrived from @CCHQPress in the form of their very own hashtag. I can’t actually believe some numpty got paid to come up with this. Are you ready for it?#UnfitToGovern

I’m not actually joking. I’m sure you’ll all do the right thing anyway. #Lab18

LOL
Tories really don't get this plebby social media thing, do they?
Cheer yourself up by having a look at their #UnfitToGovern hashtag.
:-)

Hey @Conservatives – take a minute off from trying (and failing) to smear @jeremycorbyn
THIS is #UnfitToGovern – and everyone knows it – even you
Have a bit of dignity and call a #GENow pic.twitter.com/BlGgHFRsIr

This doorway on a London street is a homeless girl's bedroom in 2018? Shame on you Tories. You are #UnfitToGovern pic.twitter.com/kC2hDwIz9m

I say to any Tory bot pushing the #UnfitToGovern hashtag:
Talking to yourself is the first sign of madness

#UnfitToGovern “I sat & listened to my wife drown in her own body fluids..that’s a woman who’s ‘fit for work’" https://t.co/09eA4FrRXQ

So the #UnfitToGovern hashtag is the Tories finally realising the true magnitude of the corrupt, self-serving, racist, fascist, hypocritical, war-mongering, inept, cruel bastards they actually are? Right?!

A failing, flailing, divided govt clinging desperately onto power & caught in dangerous tunnel vision, winging it as they try & convince the British public of Brexit with a faux-bravado that perfectly demonstrates the incredible fragility of the egos involved.#UnfitToGovern

BLIMEY !
The Tories have really shot themselves im the foot – rocking up with the hashtag #UnfitToGovern.
Take a look at the thread – it's excruciatingly funny !
So THANKS Brandon – you played a blinder there !

Serious question: Why don't' @CCHQPress get someone in to teach the @Conservatives how to use hashtags- #socialmedia ?
You don't promote something like #UnfitToGovern and not understand that it will be turned against you in #TwitterWorld
100% #schlemiels and btw: #UnfitToGovern https://t.co/16IdhZzUs4

Thank you @CCHQPress ,if ever there was a hashtag that encapsulates this Tory government ,you've found it #UnfitToGovern ..golden

Even the Bath Labour Party Twitter account – who have just under 3,000 followers, compared to Tory Press Office’s 61.4k – managed to get more than double the amount of retweets that the Tories’ original attack received:

#UnfitToGovern. The Conservatives come up with this hashtag themselves! RT if you agree. pic.twitter.com/MTxctANjfb

In fact, the Tories’ hashtag was so catastrophically unsuccessful, that when you search for it on Twitter, rather than linking it to the Labour Party as Tory HQ intended, the only account that now accompanies #UnfitToGovern happens to be the official Conservative Party Twitter account!

It’s safe to say that Tory HQ will think twice before attempting to start a hashtag again.