WATCH: Theresa May accepts “P45 from Boris” from stage invader at Tory Conference during her keynote speech 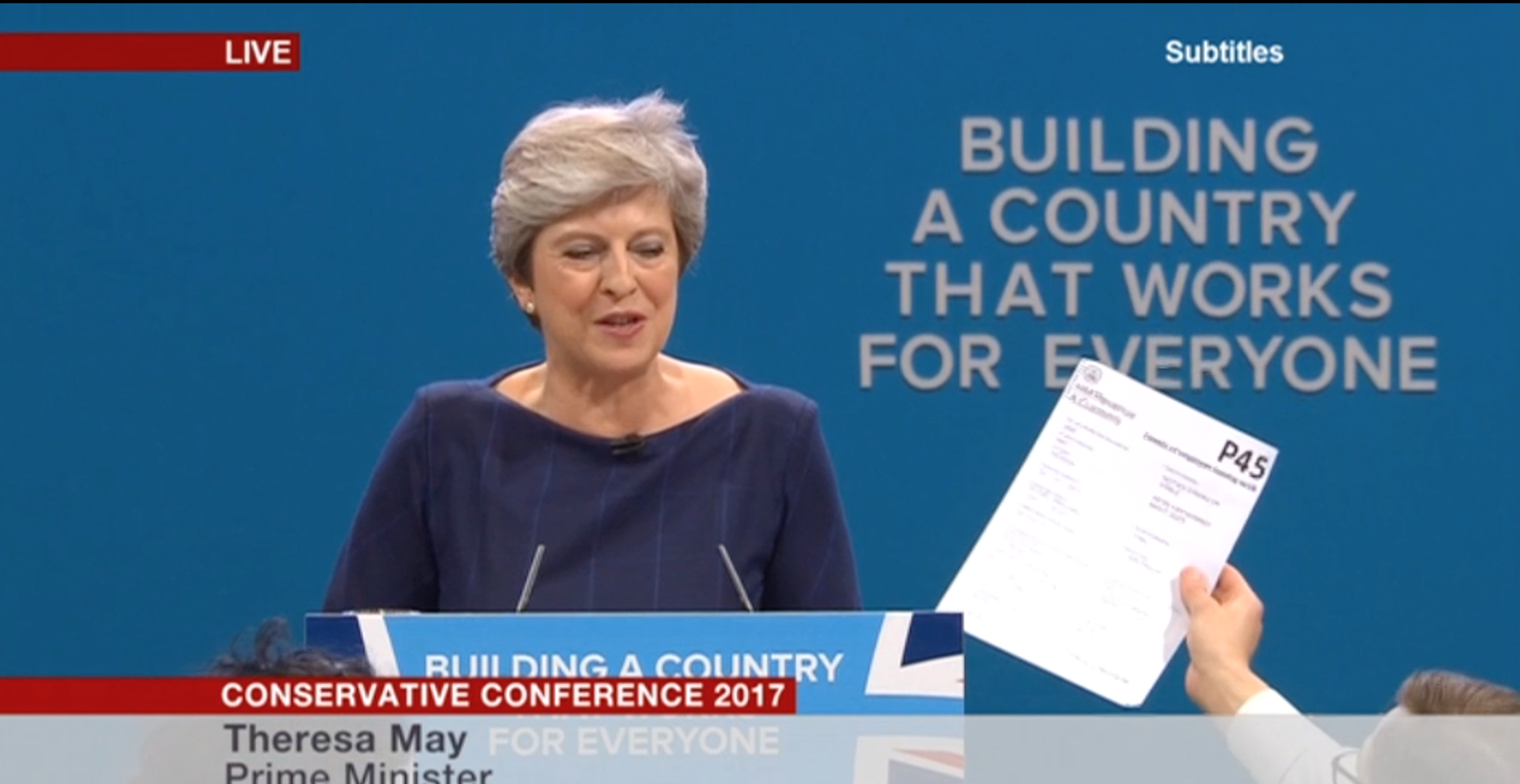