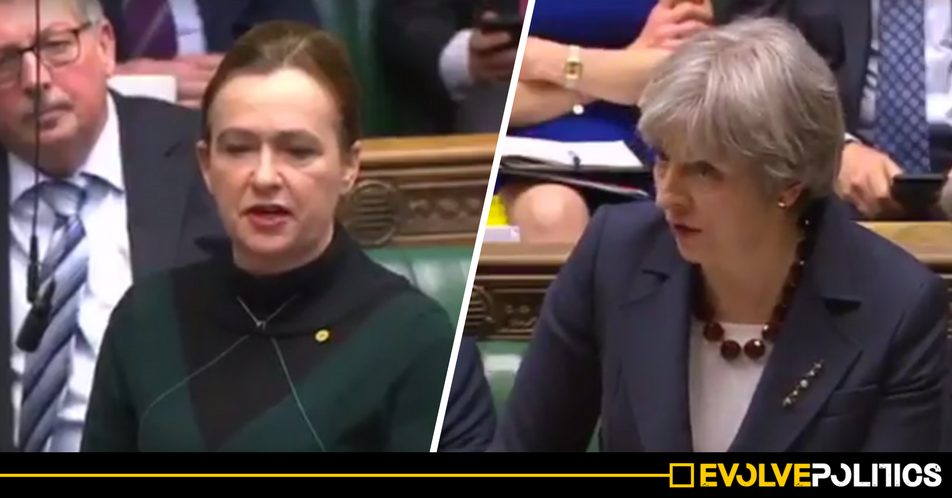 Prime Minister Theresa May just shamelessly dodged a question in Parliament surrounding the fact that Britain reportedly exports huge quantities of ‘weapons grade’ nuclear material to Russia. In light of the Salisbury nerve agent attack, and the fact that the Tories have already apportioned blame to the Russians, one opposition MP thought Theresa May might want to have a little think as to whether it was a good idea to keep selling such potentially catastrophic weapons grade material to a country who now, according to many Tories, are a ‘rogue state‘.

However, in what amounted to an utterly pitiful response to the question, Theresa May refused to confirm whether Britain would in any way reduce these exports of nuclear weapons material to the Russian Federation, and didn’t even attempt to address any points in the question whatsoever – instead using her response to slap down the MP for essentially not asking a relevant question to the debate.

“Russia is the UK’s biggest weapons grade nuclear substances export market…. Will the Prime Minister confirm whether the UK is still exporting nuclear substances to Russia, and if so, surely this should be among the very first sanctions imposed?”

However, rather than attempt to address the pertinent subject, Theresa May pulled off a dodge of epic proportions, responding to Saville Robert’s tough question by mindlessly stating:

“Can I thank the Honourable Lady for the remarks she has made and the support that she has given and to her party for the actions that the government has taken.

What we are talking about today is of course the use of a nerve agent, a chemical weapon, on UK soil, and the blatant flouting of the International rules based order and the legal structure around the use of chemical weapons by the Russian state.”

Theresa May then promptly sat down in triumphant fashion as if she had definitely just absolutely nailed it.

Yes, you did indeed read her response correctly – Theresa May literally didn’t even attempt to address the question whatsoever – instead she essentially told Saville Roberts that her question was irrelevant and that she shouldn’t be concerned about the fact Britain was exporting nuclear weapons material to a rogue state.

Either that or Theresa May literally can’t be bothered trying to back up her parties’ extraordinarily stupefying policies anymore.

You can watch a Theresa May shamelessly avoid answering the question below: