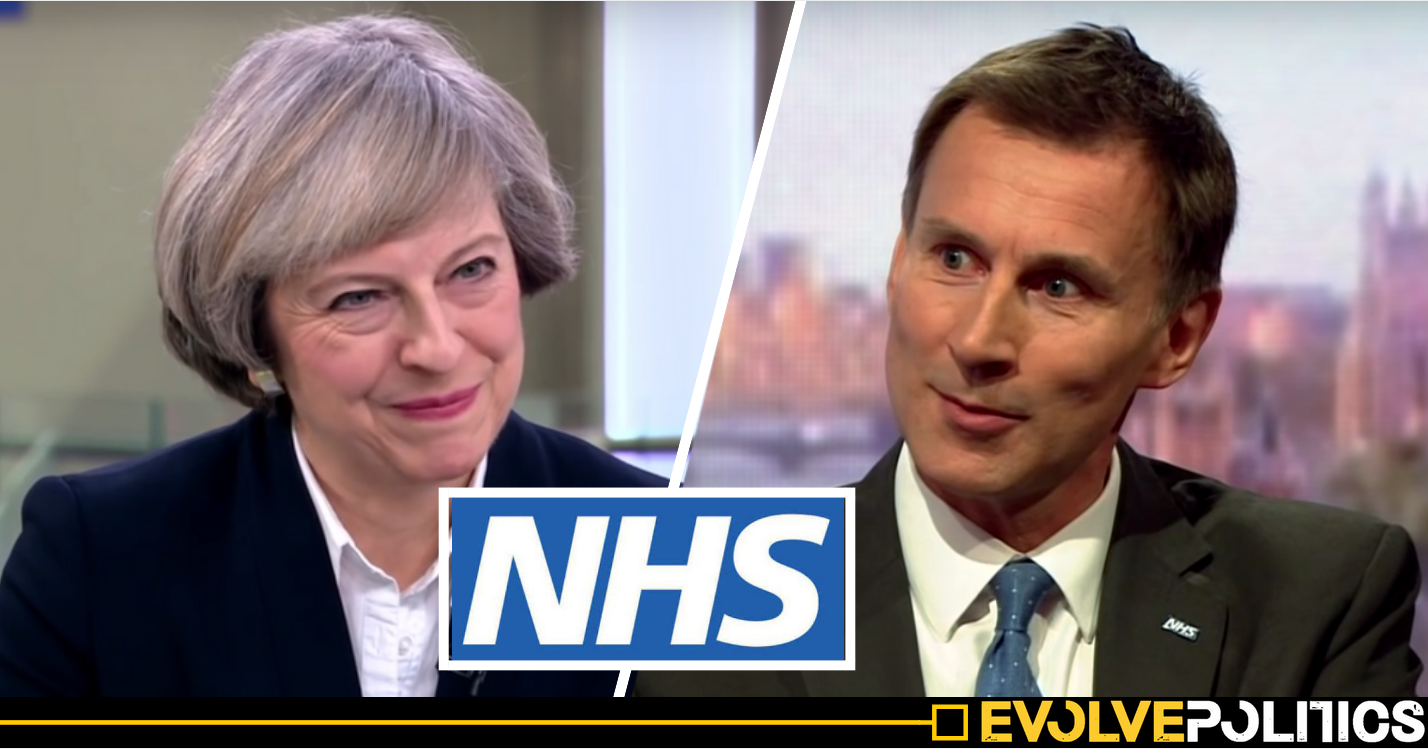 In a speech to the Conservative Party’s annual Black and White ball – an extravagantly lavish event where, for just £15,000 a table, Britain’s super-rich are allowed to schmooze with numerous boozed-up Tory Cabinet members – Theresa May attempted to raise the spirits of the assembled assortment of multi-millionaires and multi-billionaires by vowing to ‘defeat socialism today as we have defeated it before’.

It was a speech that, amid a tumultuous political backdrop of surging public discontent and the rise of a hugely invigorated socialist opposition, aimed to assuage a sea-change of ideological thought among the British public. And Mrs May’s intentional weaponisation of the word socialism was highly telling of the Tories’ intended direction of travel.

Despite May’s claims, the Tories have never been able to defeat socialism in Britain. And, any Brit claiming to object to the principles of socialism will find themselves, knowingly or otherwise, amongst a tiny minority of the British public. Because the fact is, Britain’s most-cherished institutions were born out of the very principles that underpin socialism.

Collectivism over individualism; empathy over apathy; and compassion over conscious cruelty. These are the very-British qualities that, amid the destruction and desolation of post-WWII Britain, helped engineer a truly understated socialist revolution in the UK – one which the Tories, no matter how much they attempt to deny it, are still fighting against to this day.

The NHS and the Welfare State are institutions that have, to me at least, come to symbolise the very essence of what it should mean to be British – that we are able to achieve far more when we come together in support of each other rather than when we merely fight for ourselves. And the public’s indefatigable support of these cherished institutions, amid the wails and shrieks of our vehemently pro-privatisation, pro-greed, corporate media, is the very reason why we should all take Theresa May’s vow to ‘defeat socialism’ as an unmitigated threat to the British way of life.

In a recent YouGov poll, the creation of the NHS was voted number one as the single event that made us most proud to be British. The creation of the NHS was even ranked first above ‘standing alone against Hitler in 1940’ – and, what’s more, astoundingly, both Brexiteers and Remainers held the very same view that the NHS, above all else, is the best thing that Britain has ever done as a nation. (Yes, Brexiteers actually love socialism. Who’d’ve thunk it.)

But now, with Jeremy Hunt having overtaken the founder of the NHS – Nye Bevan – to become the our longest serving Health Secretary ever, Britain is now are on the cusp of an ominously symbolic moment.

Let’s make one thing clear: the Tories have absolutely no concern for the well-being of anybody who isn’t part of their crowd. The only stated goal of this ever-evolving establishment institution is to look out for the interests of the rich and maintain the ruling elite’s stranglehold on power. This is what the Conservatives they always have done, in whatever guise the party happened to be in at that point in time – whether it was the Whigs, the Tories or the Conservatives. (Or before we won the right to democracy when they just killed anybody who disagreed with them)

Hunt’s record speaks for itself. The NHS is in crisis – a crisis which, almost everybody agrees, could be easily solved by simply investing a little more into the service every year as Labour did from 1997 – 2010 – a period which resulted in massive regeneration for the service – so much so that even the ardent anti-Blair MP Dennis Skinner recently labelled this era as a ‘golden period‘ for the NHS.

Yet, Jeremy Hunt’s limpet-like persistence in clinging on to his role in the Department of Health, despite Theresa May’s best efforts to cast the deeply unpopular Health Secretary to the wayside, shows his eminent desire to continue the work he has already done. But why, when he is so obviously universally loathed by the general public and reviled by the very staff he is supposed to oversee, would someone wish to continue putting themselves through this constant upheaval?

Is it because, deep down, Jeremy Hunt honestly thinks that the work he is doing is truly helping to ensure the longevity and stability of our health service? No, it’s not.

One thing is clear: Jeremy Hunt definitely thinks he’s doing a good job. And we make this assertion, not based on his deeply ominous and seemingly unwavering smugness, or the deeply misleading statistical claims he so often makes regarding his supposed achievements during his tenure, but because his true job description is the very opposite to that which the British public expect of him.

The destruction of the NHS is the absolute holy grail for the Conservative Party. And, as Jeremy Hunt knows full well; should he be the person to preside over its final breath and instigate a private free-for-all as per his true job description, he would be revered for all eternity by the entire Tory establishment.

We should not take Theresa May’s vow to ‘defeat socialism’ as a simple political warning to Jeremy Corbyn – it was a ruthless threat to the entire country – one which, if allowed to pass unchecked and unabated, would give the Tories free passage to gleefully remove the last ounce of common decency remaining in British society.

Despite the Tories’ constant attempts to re-weaponise the word, socialism isn’t something to be scared of. It’s simply about using the resources and technology we have at our disposal to give everybody equal access to vital, life-giving services, such as healthcare, housing and food. It’s about ensuring that, even if you are born into disadvantage, you will still be ensured the opportunity to make the best of your potential by affording you the freedom that such security brings.

The British establishment have already been allowed to destroy so many of our simple securities, with younger generations now unable to enjoy the benefits socialist policies gave their parents, such as secure housing, affordable education, decent wages and stable, secure employment.

And now, as one final, heinous insult to the generation they were so ironically able to bring into this world via our deeply cherished NHS, a large section of Britain’s elders seem mindlessly intent on simply allowing the Tories to essentially take away our right to life.

Not on my watch, Hunt.