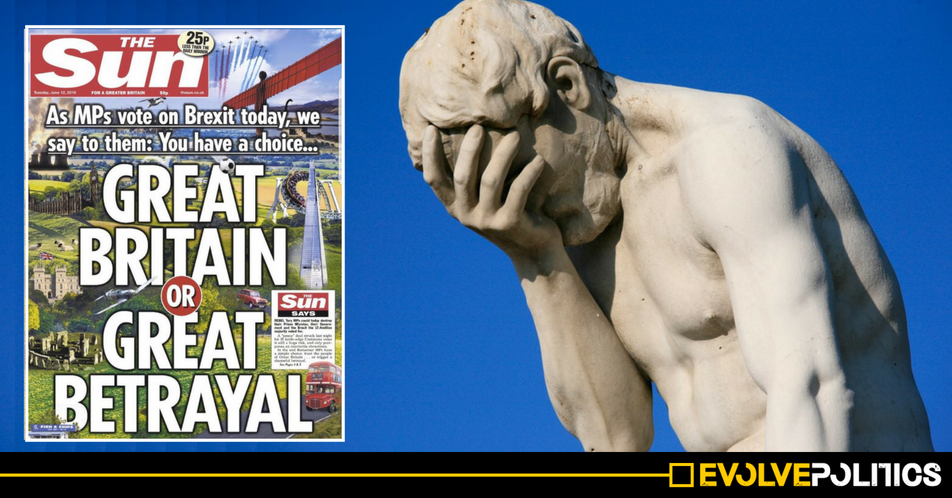 Ahead of crucial votes in the House of Commons today on numerous Brexit amendments, Britain’s most absorbent hate-rag, The S*n, warned MPs not to ‘betray Britain’ by rebelling against Theresa May’s increasingly flimsy government to implement a softer version of Brexit.

The headline on The S*ns front page blared:

“As MPs vote on Brexit today, we say to them: You have a choice…

And the front page also goes on to proclaim that “The Sun says“:

“REBEL Tory MPs could today destroy their Prime Minster their Government and the Brexit the 17.4million majority voted for.”

And behind their veiled threats, The S*n had helpfully photoshopped a collage of what at first glance appears to be a very British scene.

Their pictorial amalgamation features such supposedly quintessentially British things such as The Mini, Windsor Castle and the Red Arrows, amongst many other crudely slapped together items: 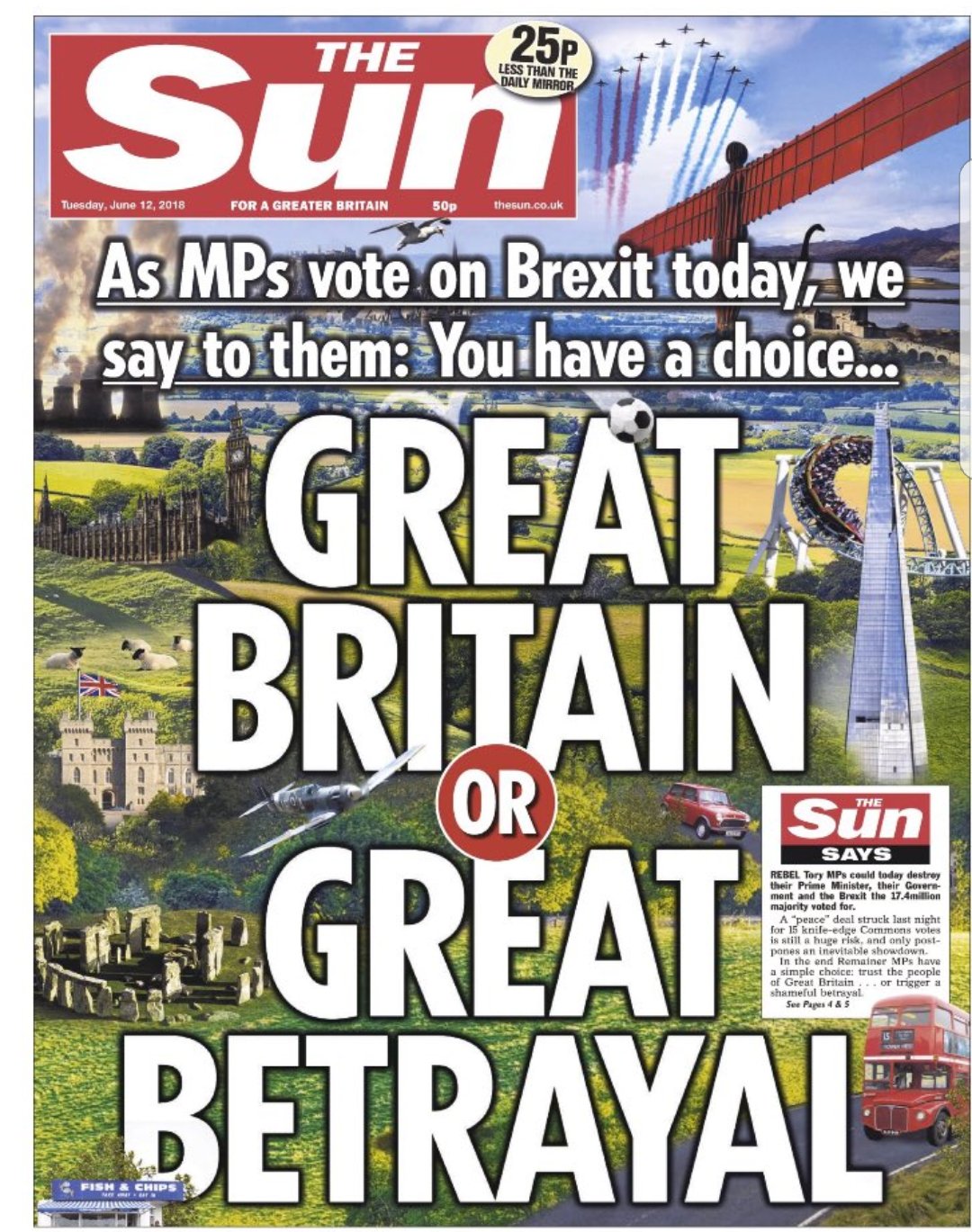 However, as an incredible thread by Twitter user Otto English explains, it seems that either The S*n’s editors know absolutely nothing about Britain’s most iconic institutions, or they were trying to fool their readers into feeling a particularly misplaced sense of British pride.

Otto’s magnificent thread goes on to explain that almost every item The S*n had included on their front page was, in fact, not entirely British – with some even being completely foreign-made.

Yes, the thread points out that far from being entirely British, The S*n had made the following massive oversights:

Fish and chips invented by a Jewish immigrant. Stonehenge built by people who wouldn't have understood the concept of nations. The Red Arrows motto Éclat is French for "excellence"… but apart from that…. top marks

Now that is a response that TRULY makes us proud to be British!