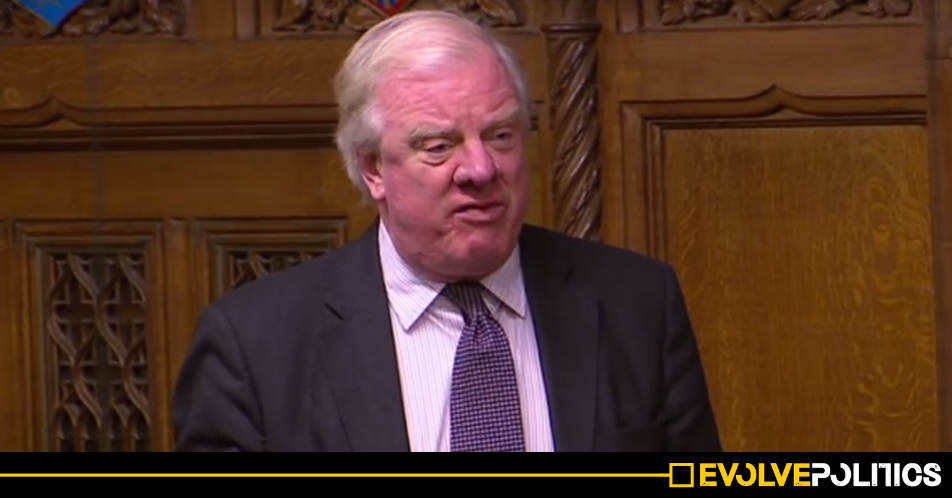 A Conservative MP has sparked both outrage and outright ridicule after suggesting that the government should allow siblings to enter into Civil Partnerships – a move that would essentially legalise incest.

Sir Edward Leigh – the Conservative MP for Gainsborough – was responding to the government’s decision to allow mixed-sex couples to enter into Civil Partnerships.

Civil Partnerships are an option open to people in relationships who do not want to get married but want their relationship recognised in law.

They are currently only open to same-sex couples, but will be extended to heterosexual couples, should the new proposals go through.

However, seemingly upset at the proposed extension of Civil Partnerships to mixed-sex couples, Tory MP Leigh took to Twitter, quipping that:

“Mixed-sex civil partnerships to be legalised. Why not for siblings too?”

Mixed-sex civil partnerships to be legalised. Why not for siblings too?

What the bloody hell are you on about you flannel

Following the unprecedented backlash over his ill-judged tweet, Mr Leigh has since responded by claiming that siblings who live together should be able to enter into Civil Partnerships purely in order to avoid inheritance tax:

Why should siblings who've lived together for years have to pay estate duty when one dies? See Lord Lexden's bill earlier this year.

Mr Leigh’s suggestion comes despite Civil Partnerships – much like marriage – specifically being designed for two people who are in a relationship together, and who are not related.

However, Leigh’s attempt to cover his tracks did not wash with many on Twitter:

Oh I see! So you're not talking about incest then? Honest!

Are you really advocating civil partnership between siblings as a means of inheritance tax avoidance?

Mate delete this, people can see it

In UK law, close family members such as brothers and sisters are  prohibited from entering into incestuous relationships, and anybody found guilty of incest can be punished with up to 3 months in jail.

Incest is illegal for a number of reasons, mainly relating to extremely high rates of genetic defects found among the offspring of incestuous couples as well as the moral and ethical ramifications of incestuous inter-familial relationships.

But now with Mr Leigh’s astonishing proposal, who says the Tories don’t have any new and *interesting* policy ideas?