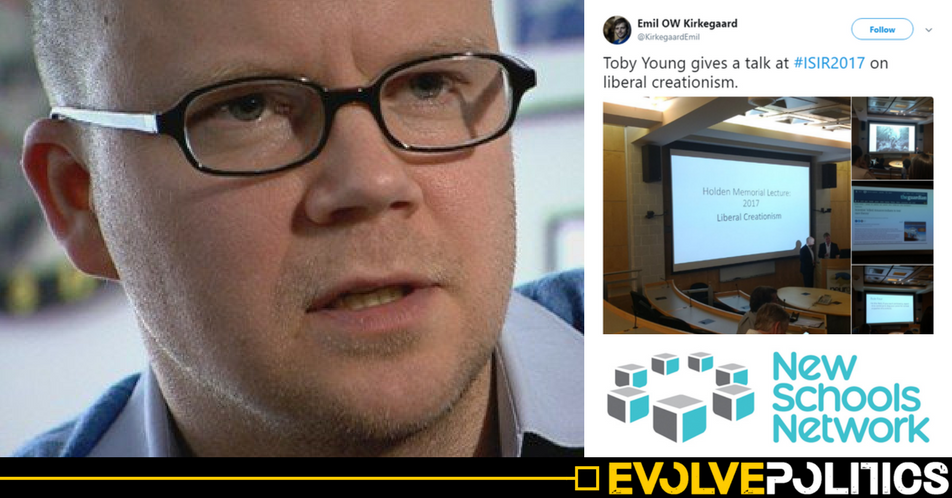 It is fast becoming clear that Toby Young’s controversialist career is far darker than first appeared, with Private Eye drawing attention to his attendance of a secret eugenics conference alongside white supremacists and advocates of paedophilia.

The London Conference on Intelligence (LCI) is a secretive, invitation-only event where they appear to discuss only the most bigoted of topics.

The conference’s topics have previously included speculation that racial “admixture” has a negative effect on population quality, that racial hormones explain Nobel Prize winners, and three separate men presenting on why women are supposedly innately less intelligent. This delicate mix of scientific bigotry was hosted by a senior lecturer at UCL.

Several of the speakers were controversial beyond their presentations. One speaker, Emil Kirkegaard, who presented papers three times at the conference, defended paedophilia suggesting that drugging the child before sex might be a “compromise” as they were unlikely to know it had happened and therefore wouldn’t be harmed. He has also advocated a “frank discussion of paedophilia related issues.”

It goes without saying that Young follows the openly fascist Kirkegaard on Twitter.

Another speaker at the event was described by the Southern Policy Law Center as an extremist and a white nationalist. He has called for “incompetent cultures” to be wiped out and argued that black people have naturally psychopathic personalities. 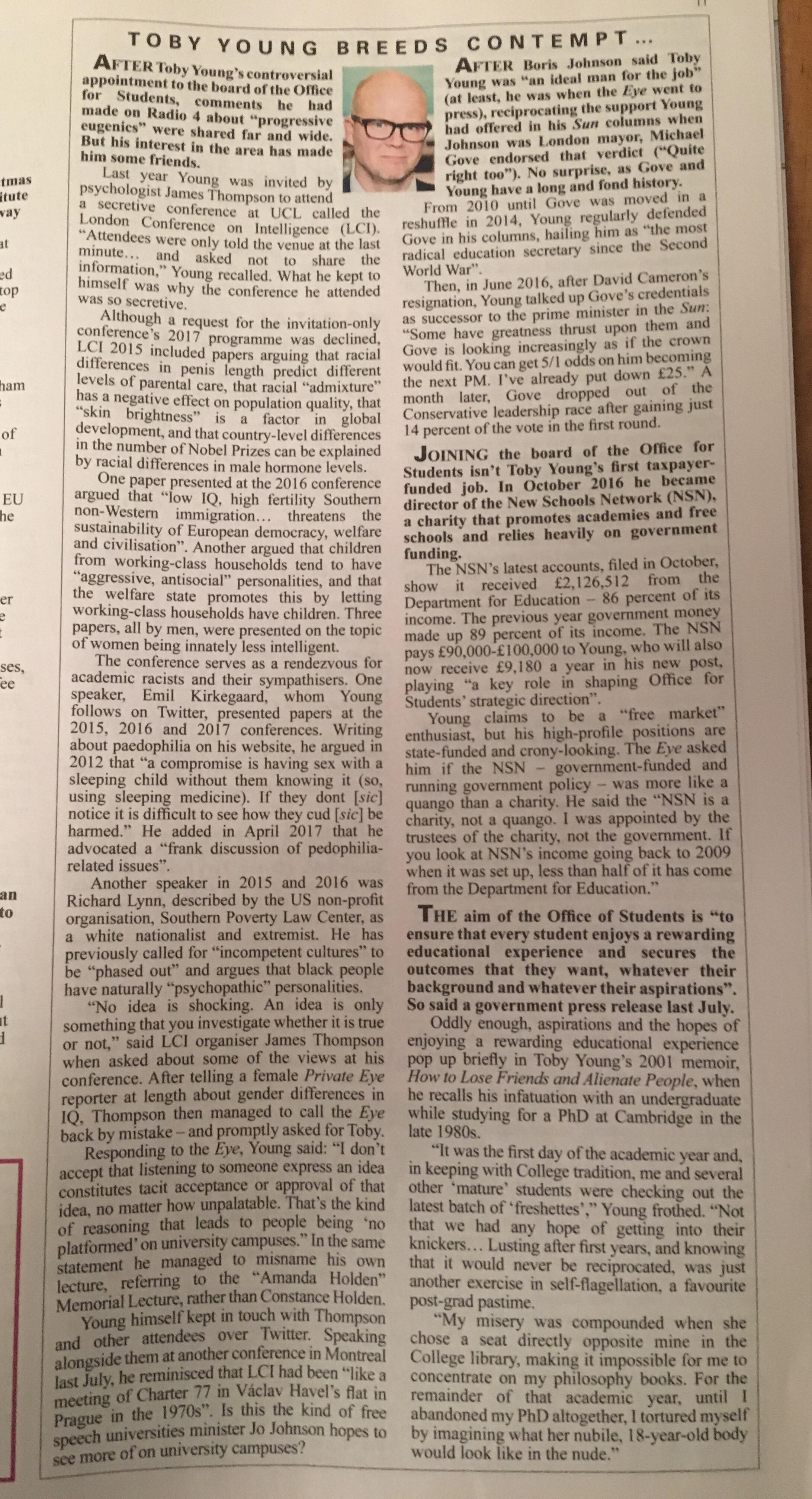 Young has defended himself, insisting that listening to someone is not the same as agreeing with their ideas. He is technically right, although whilst reminiscing about LCI with Thompson last July he compared the event to “a charter 77 meeting in Vaclav Havel’s flat.”

Charter 77 was a Czechoslovakian anti-communist initiative, and the charter itself was written specifically to criticise human rights abuses. Hardly the same as the eugenicists and racists Young was hanging out with.

This is of course the reality of Young’s controversialist crowd. They see themselves as keepers of a great and inconvenient truth. Political correctness isn’t politeness it’s an attempt to smother that truth. In this case of course the truth is that black people are aggressive, or working class kids are anti-social or women are stupid or that sex with children isn’t wrong.

This is what their free speech crusade is about, they aren’t provocateurs. They believe this stuff.

The obvious question that emerges from this is whether Young is fit for his role as director of the state funded New Schools Network who advise on the education of our children. It is the firm opinion of Evolve Politics that anyone palling around with literal paedophile advocates and white supremacists should have absolutely no place whatsoever in education.