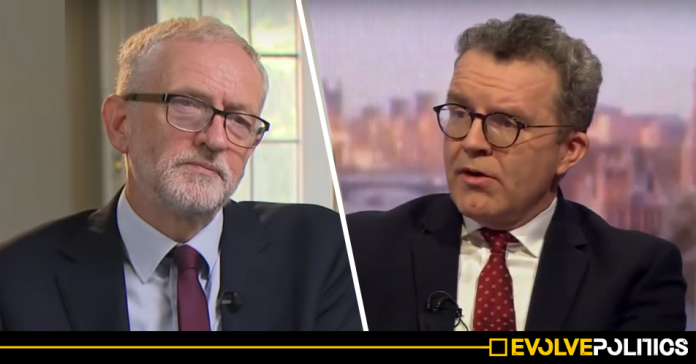 Labour sources have told Evolve Politics that Tom Watson will almost certainly be removed as the party’s Deputy Leader during a crucial vote scheduled to be held at Labour Conference today.

During a meeting of the party’s National Executive Committee last night, Jon Lansman, the founder of the pro-Corbyn activist group Momentum, proposed a motion to completely abolish the post of Deputy Leader.

NEC members voted by 17 votes to 10 to hear the motion – just 1 vote short of the two thirds majority required.

However, the motion will now be on the agenda for Saturday, and pro-Corbyn Labour sources are extremely confident they have the numbers to succeed.

Reacting to the developing situation, a Momentum source justified the move to effectively oust Watson by stating:

“No one person is more important than beating Boris Johnson, ending austerity and tackling the climate emergency. We just can’t afford to go into an election with a deputy leader set on wrecking Labour’s chances.”

“Labour members overwhelmingly want a deputy leadership election, but our outdated rulebook won’t let it happen. You need 20% of Labour MPs to trigger an election, and they just won’t let the members have a fair and open election.”

Since becoming Deputy Leader of the Party in 2015, Watson has become deeply unpopular with the vast numbers of the party’s membership due to repeatedly contradicting the party’s official policies and criticising the leadership.

Last week, Watson held a speech which directly contradicted the party’s Brexit policy by calling for a second referendum before a General Election – something that many feel is an impossible scenario to achieve.

Watson was also instrumental in the 2016 Labour coup where 44 members of Corbyn’s frontbench resigned, and which culminated in 172 MPs voting against the leader in a confidence vote in an attempt to remove him.