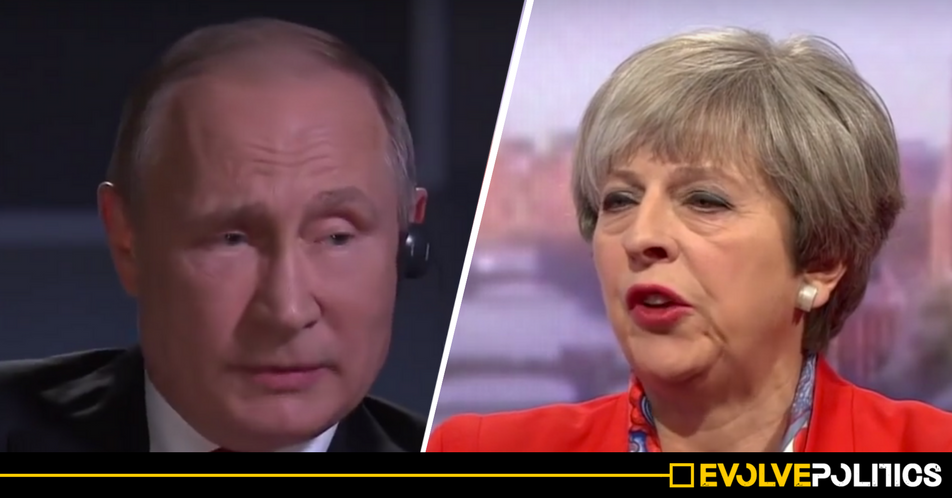 Following Theresa May’s statement in the House of Commons yesterday which explicitly apportioned blame onto Russia for the poisoning of Double agent Sergei Skripal and his daughter in Salisbury last week, the British government have reportedly blocked a UN Security Council (UNSC) statement drafted by Russia which called for an ‘urgent and civilized‘ investigation “in line with OPCW standards” into the incident.

The draft statement consisted of just two sentences, expressing Russia’s concern over the alleged use of a nerve agent in Britain, and urging “all member states concerned to consult and cooperate” as set out under the standard process stipulated by the Chemical Weapons Convention.

The Tories reportedly rejected the Security Council statement on the basis that they could not force through amendments to the short document, with Russian UN mission spokesman Fedor Strzhizhovskiy saying:

During an open UNSC meeting on Wednesday the UK ambassador to the UN directly accused the Russians of using an “unlawful use of force” in an “attempted murder” of former Double Agent Sergei Skripal.

However, the UN Security Council’s Permanent Representative for Russia, Vasily Nebenzya, ‘categorically denied‘ Russia had any involvement in the attack and noted that the Novichok nerve agent allegedly used on Mr Skripal just 10 miles away from Britain’s primary chemical weapons facility, Porton Down, could easily have been manufactured in the UK or elsewhere.

Nebenzya went on to say that Moscow would have nothing to gain from the poisoning on Mr Skripal as he was a long-retired spy who had been released from a Russian prison and pardoned before settling in the UK in 2010. During his statement, Nebenzya also referenced the extremely short time frame in which UK experts were able to definitively conclude that the rare agent used was in fact Novichok, and questioned whether the UK might in fact have samples and a formula of its own.

Furthermore, Sergey Lavrov, the Russian Foreign Minister, echoed Nebenzya’s comments, stating that Russia had nothing to do with the attack on Skripal and that the British government were trying to mislead the international community.

The mood of the UNSC meeting echoed Jeremy Corbyn’s calls for a “decisive and proportionate response based on clear evidence” to the attack on Mr Skripal in Salisbury, and was also in line with comments made by Dr Patricia White – who served on the 2004-6 WMD Commission and is now the Research Director for International Security at Chatham House – who said that British experts would definitely be able to detect minute trace elements in samples of the Novichok nerve agent used in Salisbury that would prove the country of origin – thus providing clear and definitive evidence if the nerve agent originated in Russia.

However, as Theresa May confirmed in her statement to the house of Commons yesterday, the government were ‘working with the police to enable the Organisation for the Prohibition of Chemical Weapons (OPCW) to independently verify our analysis.’ – a move that, if allowed to be carried out independently of the government by the OPCW, would prove beyond any reasonable doubt the exact origin of the agent.

And it is only this type of definitive, independent evidence which would stand up in a court of law – yet, in a move which makes a mockery of supposedly staunch British values such as ‘innocent until proven guilty’, the establishment media are clearly all too happy to simply go along with what the government say without any critical analysis or definitive proof whatsoever. It is this type of unflinching pro-establishment bias that led to the catastrophic mistakes of Iraq, Libya, and almost Syria.

Here’s an idea – why don’t we do as Corbyn suggests for a change and actually wait for the proof to be published by the OPCW, eh.

Below are the videos of both Britain and Russia’s contrasting statements to the urgent meeting of the UNSC (so you can hear both sides of the argument for a change):