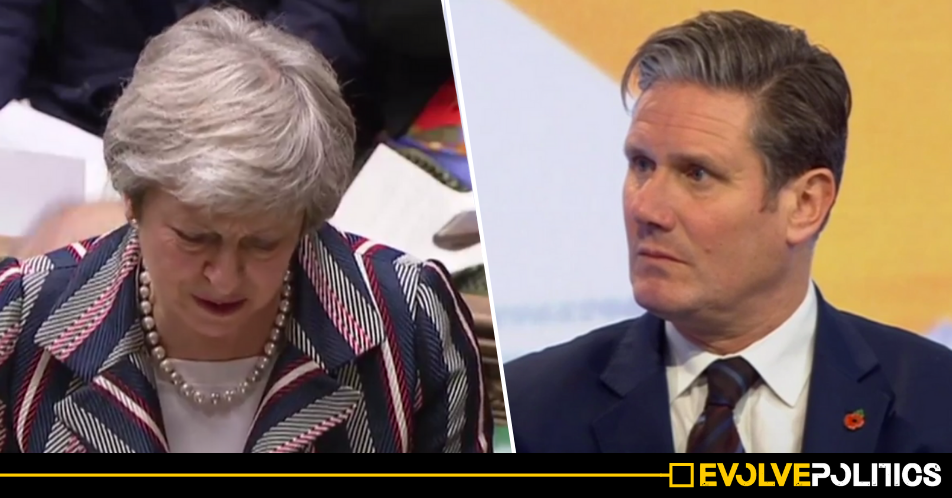 The Conservative Party’s claim to ‘respect democracy‘ appears to be in tatters this afternoon after the government refused to publish the full legal advice given to them regarding Theresa May’s Brexit deal – this despite a majority of MPs approving a binding democratic motion in Parliament demanding they do so.

On the 13th November, MPs voted in favour of a binding ‘humble address’ motion which demanded the government publish “any legal advice in full“, including advice offered by the Conservative Attorney General, Geoffrey Cox, in relation to Theresa May’s proposed Brexit withdrawal bill.

Shortly before the vote, the Tory Cabinet Office Minister David Lidington had proposed a compromise in an attempt to get Labour to withdraw the demand, suggesting that the government would publish “a full, reasoned position statement laying out the government’s both political and also legal position on the proposed withdrawal agreement” rather than the legal advice “in full”.

But Lidington’s proposal was rejected, and MPs subsequently voted for the binding motion which legally compelled the government to publish all legal advice on Theresa May’s Brexit deal in full.

Regarding the extraordinary situation, a government spokesman said:

However, following the government’s unprecedented refusal, Labour’s Shadow Brexit Secretary penned a letter, part of which stated that:

“Labour and parliament will accept nothing short of the full legal advice presented to cabinet. A legal summary is clearly not sufficient and will not comply with the unanimous decision made by the House of Commons.”

My letter to David Lidington demanding publication of the government’s full legal advice on its Brexit deal in the next two days. Parliament is entitled to know full legal implications of what the Prime Minister has signed up to. Full transparency and rigorous scrutiny essential. pic.twitter.com/I20A2CUck9

It has also been rumoured that the government may be attempting to defy the will of Parliament in a desperate last-ditch attempt to cover up “damning” documents which essentially reveal that the UK would not be able to escape from Theresa May’s infamous ‘backstop’ agreement.

Ironically, it has also been suggested that May’s deal was pushed through despite this backstop dilemma because it was reportedly the Attorney General Geoffrey Cox’s political judgement that “a deal is better than no deal“.

Row brewing with No10 due to release Geoffrey Cox's legal advice on the deal. The advice on the backstop given to cabinet was "damning" and essentially said UK cannot get out, according to cabinet sources. But Cox's political judgment was that a deal is better than no deal…

If such a catastrophic revelation was to emerge from the Tories’ Brexit legal advice, it would cast serious doubt on the government’s competence, and would almost certainly cause yet further consternation amongst MPs towards May’s already widely criticised deal.

However, it now appears that rather than face up to the diabolical truth of the situation, the Tories would rather attempt to completely defy the democratic will of Parliament.

So much for respecting democracy, eh!