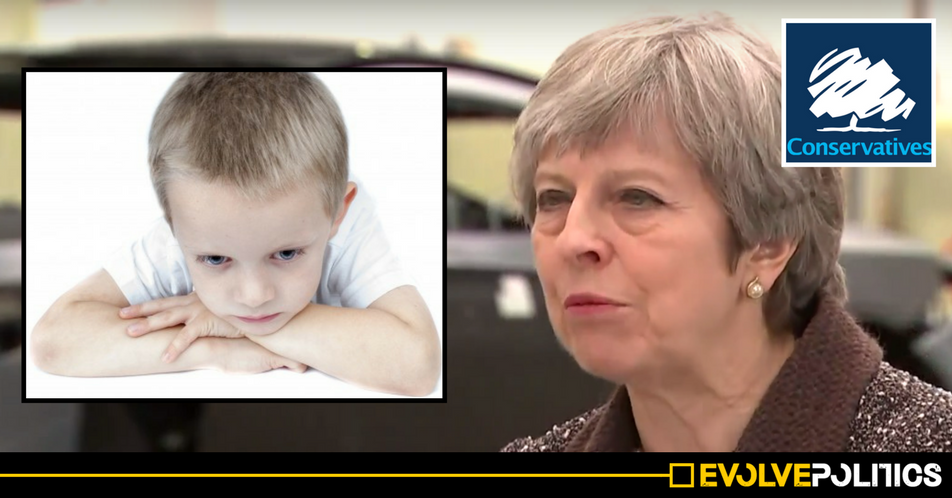 Despite implementing cruel policies that will reportedly steal free school meals from the mouths of a million disadvantaged children, the Tories have spent today promoting a new scheme that completely flies in the face of their illogical arguments for implementing their latest despicable free school meals policy.

With great fanfare, the Tories today announced the Holiday Activities and Food Research Fund which will – no word of a lie – look at how to help disadvantaged children to benefit from ‘healthy meals and enriching activities’.

Launching the fund, the Department for Education said the fund would go to organisations to explore:

“how best to help the most disadvantaged children to benefit from healthy meals and enriching activities” and was designed to “help to ensure that every child, whatever their background or wherever they are growing up, has the opportunity to reach their potential.”

Incredibly, the announcement of the pilot programme comes just three days before the government are set to restrict access to free school meals.

And, what’s more, the Tories are trying to take all the credit for the new fund – despite it not even being their idea!

But Education minister Nadim Zahawi made it clear that the government would not support the bill, saying that he did not believe that primary legislation was required. Instead, the government has put a tiny amount into a pilot programme, and is claiming all the credit.

The government cut £26bn from the welfare budget in 2016/17 alone, so the £2m for the fund represents just 0.008% of the money cut from welfare in that year. Put another way, it’s worth less than 50p for each of the 4.1m British children now living in poverty. And whilst this is just a pilot project, there is no holiday project which could possibly make up for the damage caused by ongoing cuts.

As usual, Twitter was quick to respond to the Tories’ latest deeply ironic PR scheme:

How do you qualify?? The poorest families don't get free school meals, so do you have to be even poorer to get this???

Is this before of after you plunge yet more kids into poverty than ever before? pic.twitter.com/ZmbggsV4pd

At the moment, children from families receiving Universal Credit are eligible for free meals. But after April 1st, an earnings threshold of £7,400 will be implemented, with families earning more than that no longer eligible, although those already in receipt of meals will continue to get them.

The Children’s Society has reported that the Tories’ changes will result in one million poor children missing out on free school meals.

This whole charade really sums up the Tory austerity agenda in a nutshell: force millions of children into poverty with one utterly despicable policy, and then throw them a few crumbs with another and hope everybody just shuts up. Let’s hope the Tories don’t also expect those children to be grateful.