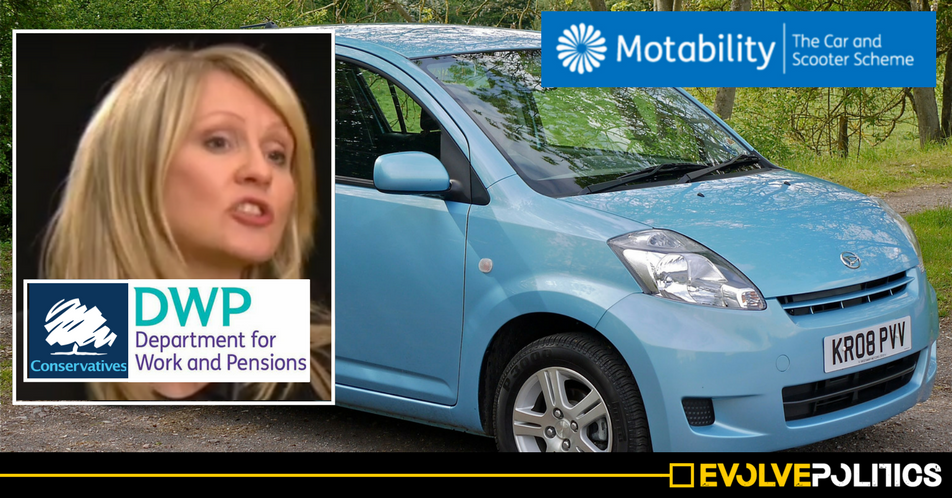 A disabled man whose £6,000 Motability car was taken away by the Department for Work and Pensions after a benefits reassessment has been given a grant of £14,000 over two years to take taxis instead.

The case highlights both the cruelty, and the financial stupidity, of the government’s decision to replace of Disabled Living Allowance (DLA) with Personal Independence Payment (PIP), whereby thousands of people who previously had access to Motability cars are no longer eligible for the scheme.

The man, a local authority registrar in Hamilton, has an arthritis-type condition which prevents him from walking unaided. Previously, he received £58 a week to pay for a car under the Motability scheme which ‘provides an affordable, worry-free way for people with disabilities to lease a car, scooter or powered wheelchair in exchange for their mobility allowance’.

However, after being transferred from DLA to PIP, he was told that he was no longer eligible for the Motability scheme and that he could not keep his car. Instead, he was to be given £130 a week to cover taxi fares to work.

Mr Johnston’s case highlights how absurd and cruel the welfare system has become under the Tories. By taking away his Motability car, the Tories have taken away Mr Johnston’s independence – but then they’ve said they’ll pay for taxi fares at twice the price.

His is far from an isolated example. Muscular Dystrophy UK claimed last year that 900 disabled people a week were having to return their Motability cars after being told they were no longer eligible. Under DLA, applicants for the scheme were required to show that they could not walk 50m unaided. Under PIP, the distance has been arbitrarily reduced to 20m, meaning that a huge number of people are no longer considered ‘disabled enough’ to qualify.

In fact, the DWP’s own estimate is that a staggering 428,000 people will lose access to the higher rate of PIP (that is, the rate required to qualify for a Motability vehicle) by May 2018. That’s almost half a million people whose freedom and independence will be curtailed by the government drive to save money, no matter how it impacts on people’s lives.

And you don’t have to look far to see the effect it’s had: a woman with multiple sclerosis whose car – costing £8,000 over three years – was replaced with taxis costing £65,000; another woman who became a ‘recluse’ after losing her car; a seriously disabled man left ‘without legs’, in his words, after his car was removed. Another woman had her car removed after an assessment in which she said of the assessor:

Even people whose cars have been adapted at great expense to take account of their disabilities are not exempt from having their vehicles snatched from them. Charlie Evans from Wales said of the removal of his car:

Without a car I couldn’t go anywhere. It left me suicidal.

The replacement of DLA with PIP has been a disaster for disabled people. A system sold as giving ‘more targeted support to those who need it’ according to Secretary of State for Work and Pensions Esther McVey is actually just another way of taking money away from those who need it the most. The unfairness of the whole system is shown by the fact that a staggering 65% of those who dispute their PIP award win their appeals.

Each of the 51,000 vehicles being taken away is a story about a disabled person’s independence being compromised. This is having a devastating effect on quality of life. The fact that two thirds of people who contest their PIP award win their case shows that the system isn’t working and is in urgent need of reform.

The fact that people are having their cars removed even when it would be cheaper for them to keep them rather than be paid to take taxis, just shows that there really are no levels of cruelty to which this government will not sink.