Home UK News Conservative Party News Tories told that all disability assessments should be recorded after catalogue of... 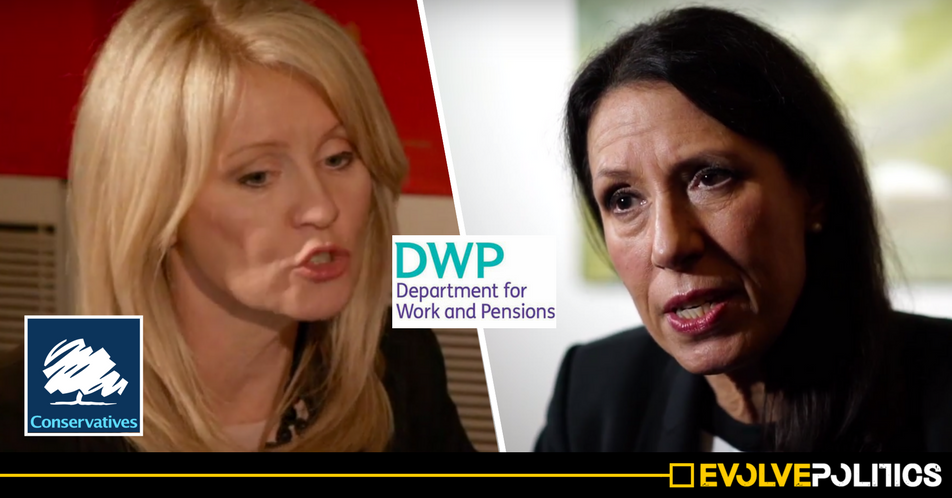 Following a litany of errors by the private companies contracted to carry out assessments on disabled benefit claimants, the Work and Pensions Select Committee have told the Conservative government they should ensure that all future disability assessments are recorded.

The recommendation comes following the release of a multitude of inexplicable errors by government contractors, Capita and ATOS, that may have led to numerous claimants being denied benefits they were fully entitled to.

Evolve recently reported how numerous mistakes by supposedly medically trained DWP disability assessors had led to a break down in trust between claimants and the system.

Such errors, reported by claimants to the DWP Select Committee, included:

And now following the release of the full report and their recommendations to the government for improvements in the assessment process, the DWP Select Committee wrote:

Central to the lack of trust are concerns about the ability of the Department’s contractors to conduct accurate assessments. We heard many reports of errors appearing in assessment reports (which may or may not effect eligibility). Such experiences serve to undermine confidence amongst claimants.

Going on to state that:

At worst, there is an unsubstantiated belief among some claimants and their advisers that assessors are encouraged to misrepresent assessments deliberately in a way that leads to claimants being denied benefits. This reflects poorly on contractor assessors and on the Department. The Department must urgently address these concerns.

The Work and Pensions Select Committee then listed a number of recommendations to the government to improve the process, including:

Offering audio recording of assessments by default would reassure claimants that an objective record of their appointment exists, to call on in the event of a dispute.

Providing a copy of the assessors’ report by default with claimants’ decision letters would also introduce essential transparency into decision-making.

The Select Committee then went on to elaborate on their recommendations for mandatory recordings, stating that the “Department and contractors should use audio recordings to quality assure the whole assessment” in order to ‘improve the quality of decision making’ and save public money.

Labour’s Shadow Secretary of State for Work and Pensions, Debbie Abrahams slammed the government’s inaction leading up to the report, stating:

Instead of supporting people, the process is often dehumanising, inaccurate and worsens existing health conditions.

The widespread distrust of the assessment process by sick and disabled people is no surprise, with a record 68% of decisions taken to tribunal being overturned by judges.

Under private contractors the assessment process is getting worse, not better, yet the Government refuses to act.

Labour will scrap the current PIP and ESA assessments, bringing an end to the Conservatives’ failed privatised assessment system and replacing it with personalised, holistic support which provides each individual with a tailored plan, building on their strengths and addressing barriers, whether health, care, finance, skills, transport, or housing related.

It is not yet clear whether the government are willing to implement the recommendations offered up by the cross-party Work and Pensions Select Committee. One would sincerely hope that, for the sake of disabled people across the country, the government will be finally willing to listen to sense on the matter.

However, given the Tories’ despicable track record when it comes to making decisions regarding the most vulnerable people in our society, nobody at Evolve would be surprised to see the Tories ignore every last word of it.