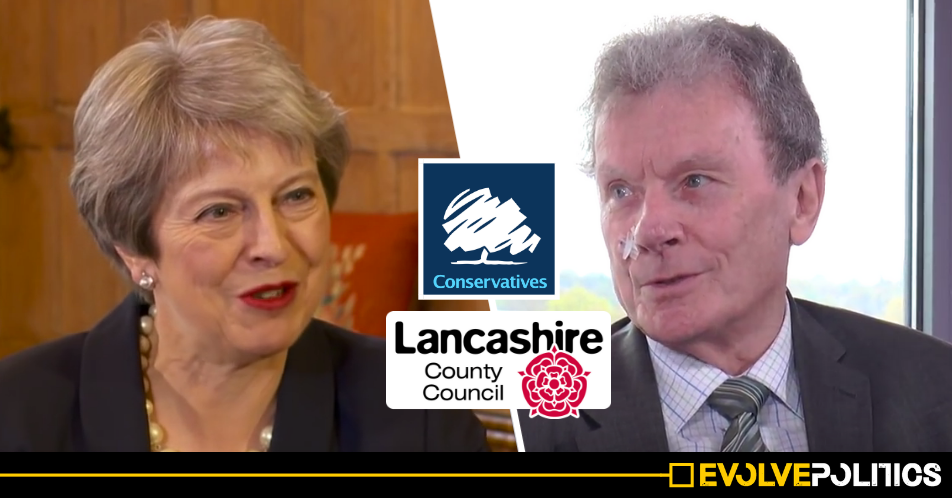 A Conservative-run Council who voted through savings of around £44,000 from doubling bus fares for disabled people, has sparked fury after choosing to spend the vast majority of the projected savings on buying mobile phones for all 84 Councillors, with top of the range iPhones among the choices on offer.

Lancashire County Council’s 44-strong Tory majority voted through measures to double bus fares for disabled people from 50p to £1, that are estimated to save the council £44,000, just minutes after approving the spending of up to £38,000 on state of the art smartphones for individual use by Councillors.

With both measures approved, Councillors will now be given the opportunity of handpicking a device for their own individual use, with a top-of-the-range iPhone7, costing £455 each, being among the choices.

Before the controversial votes were approved by the Tory-led Council, the Labour group deputy leader, Councillor John Fillis, was scathing of the proposals, stating:

“At a time when the authority is looking for savings I find it astounding the Cabinet is even considering spending £38,000 on new mobile phones for members.

They should drop the proposal and transfer the money to keeping the 50p fare for disabled bus users.

Councillors could follow my example and use a basic mobile phone as we all have laptops paid for from the council allowances.”

After voting against both proposals, only to see the Tory-led Council push them through, a dejected Fillis then stated:

“We are doubling the cost of bus travel for disabled people but Tory county councillors will get their iPhones, so they’re happy.”

However, the Council’s Conservative leader, Councillor Geoff Driver, attempted to justify the moves by arguing that “[t]he two items come from different types of budget“.

Driver – who remains subject to police bail conditions after being arrested in May 2017 during a police investigation surrounding allegations that he attempted to pervert a fraud investigation after allegedly sending threatening emails to witnesses – then went on to attack the Labour Party, stating:

“The phones are a one-off cost while the disabled travel concession is a recurring annual one. It is little wonder the previous Labour administration left us with a £200million budget deficit.”

Unsurprisingly the Tory-led Council’s actions came in for criticism:

Just read about Tory-led Lancashire Council who voted in favour of new iPhones for all councillors, at a cost of £38,000. Next on the agenda was disabled peoples bus fares, which they voted to double, raising £43,000, which will cover the cost of those phones, with change. #GTTO

This is my County Council Rachael. Despite my 16yo son having extensive complex special needs, they refuse to provide additional funding for his support in comp school or award him an EHCP. He can’t tell the time, tie his shoe laces or use a standard key to open a door.

The Bureau of Investigative Journalism recently exposed that Lancashire County Council was one of three Tory-led Councils – along with Somerset and Norfolk – in imminent danger of joining yet another Tory-led council, Northamptonshire County Council, in going bankrupt.