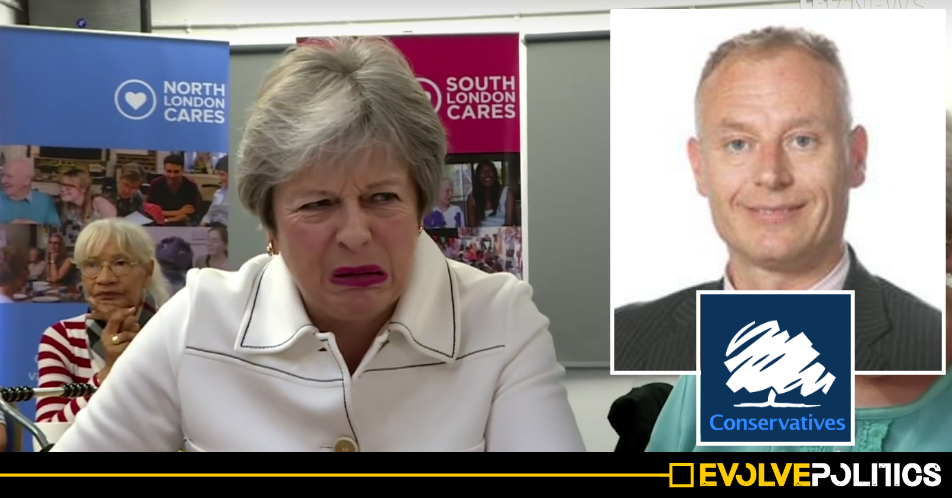 Just moments after callously voting to block a Labour motion to reverse proposed cuts to free public transportation for children with special educational needs and disabilities, greedy Tory Councillors in North Yorkshire congratulated themselves by gorging on £1,600 worth of pavlova, roast beef and salmon.

The ghastly display of Romanic decadence, of Councillors feasting on a dozen types of cheese, was revealed – after a Freedom of Information request – to have taken place following a meeting in February during which Council Tax in North Yorkshire was also hiked up.

Throughout the region, the devastating scythe of Tory austerity has swung its blade across libraries, bus services and street lights, amongst many other vital public services.

However, one Yorkshire resident, James Wainwright, put it best, asking:

“So they can sit around eating cake and roast beef, but we have to walk home in the dark?”

“In these times of austerity foisted upon us by this out of touch and uncaring government, it is imperative that every opportunity to ensure rate payers cash is ploughed back into the savaged front line services […] Not being a cheese eater, I haven’t noticed all these different types of cheeses but I have to say I’m rather surprised at the cost of this meal. […] I for one will not be partaking in this buffet any longer and will instruct the authority of my position in order that they do not waste food.”

The North of England has been hit the hardest in the country by the ideological agenda of Conservative austerity, suffering a real terms spending decrease of £696m since 2012.

As recently as June of this year, Tory Councillor Gareth Wedgwood Dadd warned that, despite savings of £7.4m in the North Yorkshire budget, the council was still going to have to make cut backs of £171m – undoubtedly affecting frontline services.

In January, just before the meeting at which a grand and a half’s worth of food was scoffed down by Tory councillors in a scene of Epicurean grandiosity, the council determined that after £16.5m would be cut from the budget, £3m would have to be found in reserves.

Cuts included £2m from free transport for kids with special needs, £1m from support for local schools and another £1.1m from support from vulnerable young people. How you getting on with the yoof vote, guys?

It’s not just the kids, though. North Yorkshire police have had to cut their budget by 10% (that’s £16.1m) – down from already having one of the lowest budgets per head in the country, and fewer police officers than most other forces.

The pressure on the people of North Yorkshire, especially the vulnerable and those in need of support, has been ramping up under the Conservatives throughout their onslaught on public services.

It is nigh-trite to exclaim that the picture is Dickensian.

The Councillors of a region in the UK among the hardest hit by austerity, moments after giving the O.K. to further damning cuts to their public services, gorge themselves on salmon and gormandize roast beef, cram and guzzle cheese on the public pound.

Public servants should not think it acceptable to spend that amount of money on a feast, when that money is public and the public has just been cut out of receiving its benefits.

It is moments like that, pictures like that, flashpoints and exemplars of the tragedy of a time, that flit across the eyes of the mob as they sharpen their pitchforks. Louise XVI, anyone?