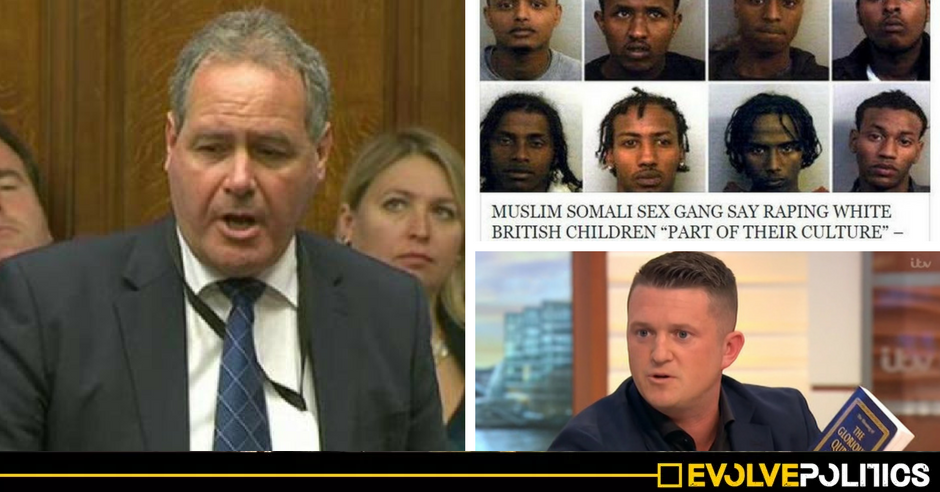 A Conservative MP has been slammed by the Muslim Council of Britain for giving a platform to bigots and racists after sharing a vile anti-Muslim website post on Facebook.

Bob Blackman, the Conservative MP for Harrow East, shared a story with the title “Muslim Somali sex gang say raping white British children ‘part of their culture’”, according to The Times.

The article was from a far-right, anti-Muslim media outlet called ‘Hardcore News USA’. One wonders whether the post would make it past Theresa May’s so-called ‘fake news task squad’. Something tells us that it probably wouldn’t.

The post has since been deleted, with Blackman apologising for posting the piece. That being said, it’s not the first time that the MP for Harrow East has found himself in bed with far-right extremists and xenophobic figures. He has been accused of facilitating extremism in the past, after retweeting the founder of the English Defence League, Tommy Robinson, on Twitter.

A spokesman for the Muslim Council of Britain told The Times that:

“We now see he chooses to share anti-Muslim material from a site full of Islamophobia. If the Conservative Party claims to be a party for all, it cannot continue to tolerate and even reward such behaviour. It cannot give Islamophobia a free pass.”

Bob Blackman has also responded to the story, telling The Times that:

“I deleted the link as I saw that the headline to the article was phrased inappropriately. I can confirm that I have never visited the website in question and am not part of any group related to it. I sincerely regret any upset caused to the Muslim Council of Britain for the wider community for my error.”

It is still unclear whether Theresa May will reprimand Blackman for sharing material targeting the Muslim community on social media. However, his actions have been widely condemned on social media.

Bob Blackman, a Tory MP, has been accused of giving a platform to bigots by sharing a story from an anti-Muslim website on his Facebook page.

This is very concerning @BobBlackman. Can you provide an explanation to Harrow East residents. https://t.co/XgvsyiNc9U