Conservative MP for Telford, Lucy Allan, has once again taken to Facebook to respond to criticism after she allegedly faked a death threat from a constituent.

Mrs Allan posted a video to Facebook last night that blamed the recent negative attention on a ‘small handful of activists’, but she decided to remove the video after receiving more than 300 responses from angry members of the public.

Further to removing the video from Facebook, it appears that Mrs Allan has also banned a substantial number of her critics from accessing her Facebook page, subsequently spawning a Facebook page called ‘Banned By Lucy Allan MP‘.

However, this evening the Conservative MP once again took to Facebook, posting an extraordinary accusation against Labour councillors. You can read her post in the pictures below. 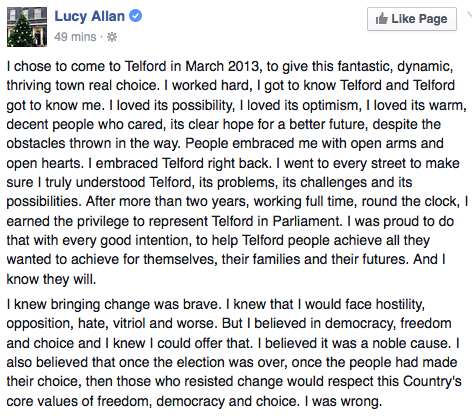 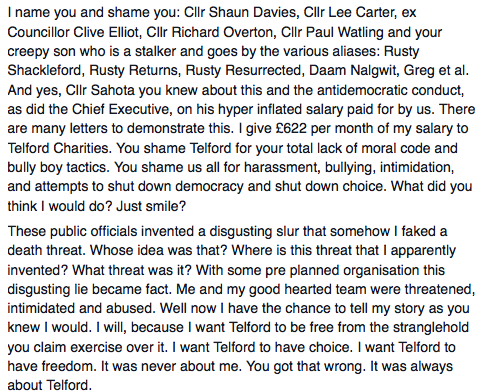 Mrs Allan has since deleted this explosive status from her Facebook page.