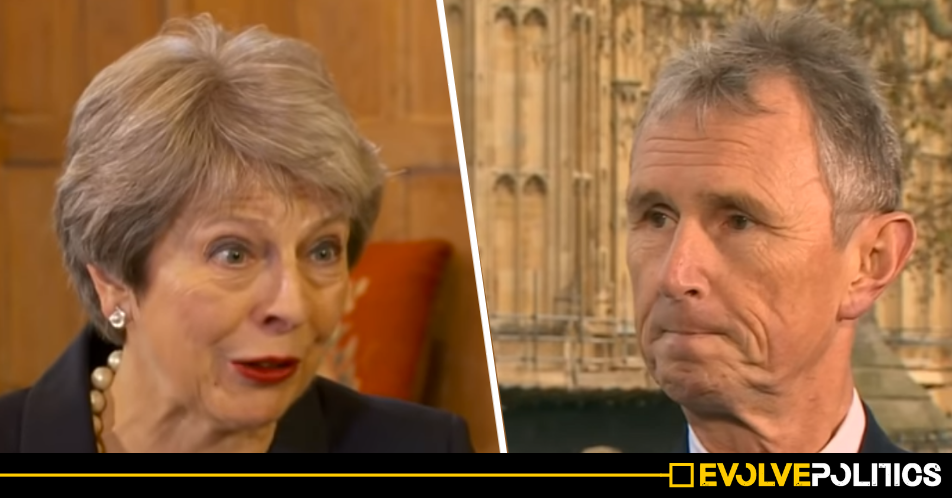 A Conservative Party MP has had a miraculous change of heart after being forced to spend his entire life savings defending himself against false allegations of rape and sexual abuse – a financial loss which only occurred thanks to Tory-led legal aid cuts which he personally supported.

In 2012, Nigel Evans, the Tory MP for Ribble Valley, supported the Legal Aid, Sentencing and Punishment of Offenders Act (Laspo) – legislation which effectively removed the right for ordinary people who are accused of crimes to have access to state-funded expert legal representation.

However, two years later in 2014, Evans was accused of raping a university student and sexually assaulting six other men over a 10-year period – allegations which, after “11 months of hell”, the former Commons Speaker was eventually cleared of.

Yet, due to the legal aid cuts which he had personally supported two years previously, Evans lost around £130,000 of his own money fighting the false accusations.

And now in a startling new interview, the Ribble Valley MP has begrudgingly admitted that his support of the 2012 legislation was wrong, and went on to claim that his experience had made him a “changed person”:

“If I had my time again I would stand up and argue against the implementation of Laspo,”

“It’s wrong, completely wrong, to remove people’s right to have expert legal representation, and now I’ve gone through it I can see that clearly. We’re definitely talking about justice being denied as a result of Laspo.”

“My experience of being falsely accused, and losing my life savings to defend myself proving that, was a road to Damascus moment for me. I’m a changed person now, in terms of Laspo and sympathy for all those who now have to go through the legal system without expert help, support and advice.”

“I’m not just talking about those accused in the criminal courts like me, but everyone affected by Laspo. Parents going through the family courts, tenants fighting landlords, patients fighting hospitals and so on. Laspo is clearly not working. It needs to be overhauled.”

Prior to Laspo, acquitted defendants were allowed to recoup for ‘reasonable costs’ towards their legal defence – rules which usually ensured that those who had been wrongly accused did not endure any financial losses. However, the 2012 Tory-led legislation changed the rules so that defendants found innocent of charges could only claim for ‘modest contributions’ towards their legal defence – changes which resulted in people who had been found innocent being left severely out of pocket.

Speaking recently about his experience of being on the wrong end of his own party’s policy, Evans summed the situation up succinctly, simply stating that:

“Laspo financially punishes innocent people for the crime of being wrongly accused,”

However, Evans – who was able to call upon his own financial reserves to defend himself – has admitted that he was one of the lucky ones, stating:

“You have no choice, when you’re accused of a crime and risk going to prison and losing everything, than to pay whatever you can to defend yourself,”

“I was fortunate that I had my grandfather’s business in Swansea that I could sell and a house that I could remortgage. But if you don’t have life savings that you can drain, it makes a mockery of the whole idea of justice.

“Thanks to Laspo, you can be taken to court through no fault of your own and even when you walk away without a stain on your character, your bank account is completely drained. They call it the ‘innocent tax’ but what it is is innocent people subsidising the judiciary … We should go back to the pre-Laspo rules.”

Evans went on to admit that his previous support for the legislation was “completely wrong”, and was based on the false assumption that “People don’t see people like me [those falsely accused of crimes] as victims, and there’s a sense that it could not happen to them”, before adding:

“That’s what I thought too, but it’s completely wrong. There’s nothing easier than someone falsely accusing you of a crime. Maybe only a relatively small number of people are affected, but part of the problem is that there’s a randomness to being falsely accused, it could literally happen to everyone.”

“I was lucky, in that I had life savings to lose, but for those who don’t, Laspo can bring them to the point of suicide.”

Whilst it is clearly welcome that a Tory MP has finally admitted the error of his party’s ways on this particular policy, it is incredibly concerning – but entirely unsurprising – just how out of touch Britain’s lawmakers can be.

If personal real-world experience is what’s needed for MPs to make the right call, then its little wonder we’re in the mess we are.

The vast majority of Tory MPs are millionaires, with a huge number having come from gilded, private-schooled upbringings, with absolutely no experience of hardship or the everyday struggles faced by ordinary people.

Sadly, until our MPs are truly reflective of the people of this country, Britain‘s political woes will surely only continue.