Home UK News Tory MP ‘outraged’ that utility the Tories privatised won’t do what he... 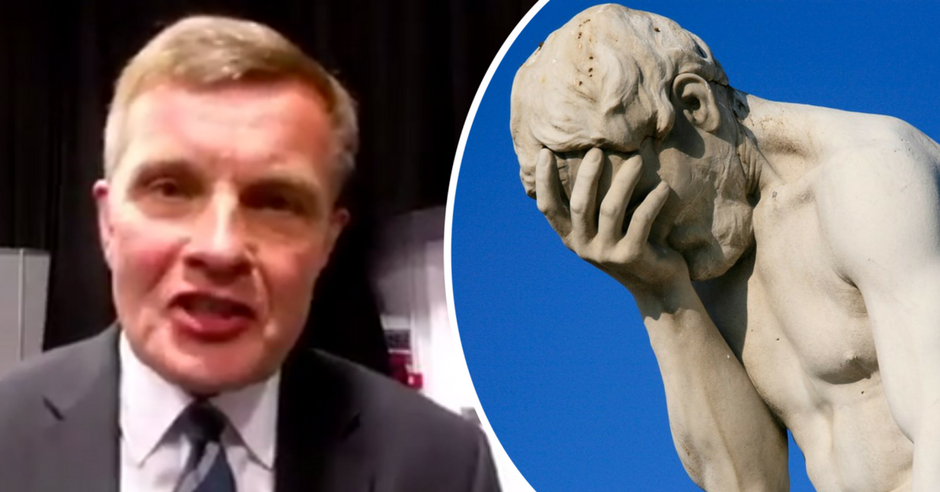 The Tories are notorious for selling off Britain’s family silver.

Margaret Thatcher’s Tories started the British bargain bonanza in 1979, attempting to sell off any publicly owned asset that the Tories thought it was feasible to flog off under the now entirely debunked neoliberal theory that ‘privatisation would make large utilities more efficient and productive’.

After a brief experimentation privatising small national assets, the Tories went absolutely full pelt during the 80s and 90s. In under two decades from 1979 to 1996 the Tories managed to flog off all manner of essential British utilities (conveniently transferring an inordinate amount of public money and assets into already super-rich private investor’s pockets by selling our services at rock bottom prices).

British Telecom, British Gas, British Aerospace (BAE Systems), British Steel, British Petroleum, British Coal, British Airways, and British Rail were all flogged off by the Tories under the guise that private investors would make them more efficient, and therefore cheaper for the public to use.

The British public also used to own legendary car companies Jaguar and Rolls Royce, until the Tories sold them off.

And these were just the tip of the iceberg.

Now, with absolutely essential public assets like the NHS, the Police service and Schools coming under stealth privatisation by the Tories, a huge surge in support for Jeremy Corbyn’s platform of renationalisation showed that a huge proportion of the general public refuse to be fooled by a completely discredited, economically bankrupt neoliberal dogma any longer.

However, one cherished public service the Tories managed to just about get away with flogging off a few years ago was Royal Mail – a privatisation that Tory MP Dave Jones seemed to have completely forgotten about today.

Yes, Mr Jones is apoplectic that Royal Mail won’t print a Brexit stamp. He told the Express that it was ‘outrageous’ Royal Mail wouldn’t print one by attempting to point out their supposed hypocrisy because they printed a commemorative stamp when we joined the EEC in 1973. 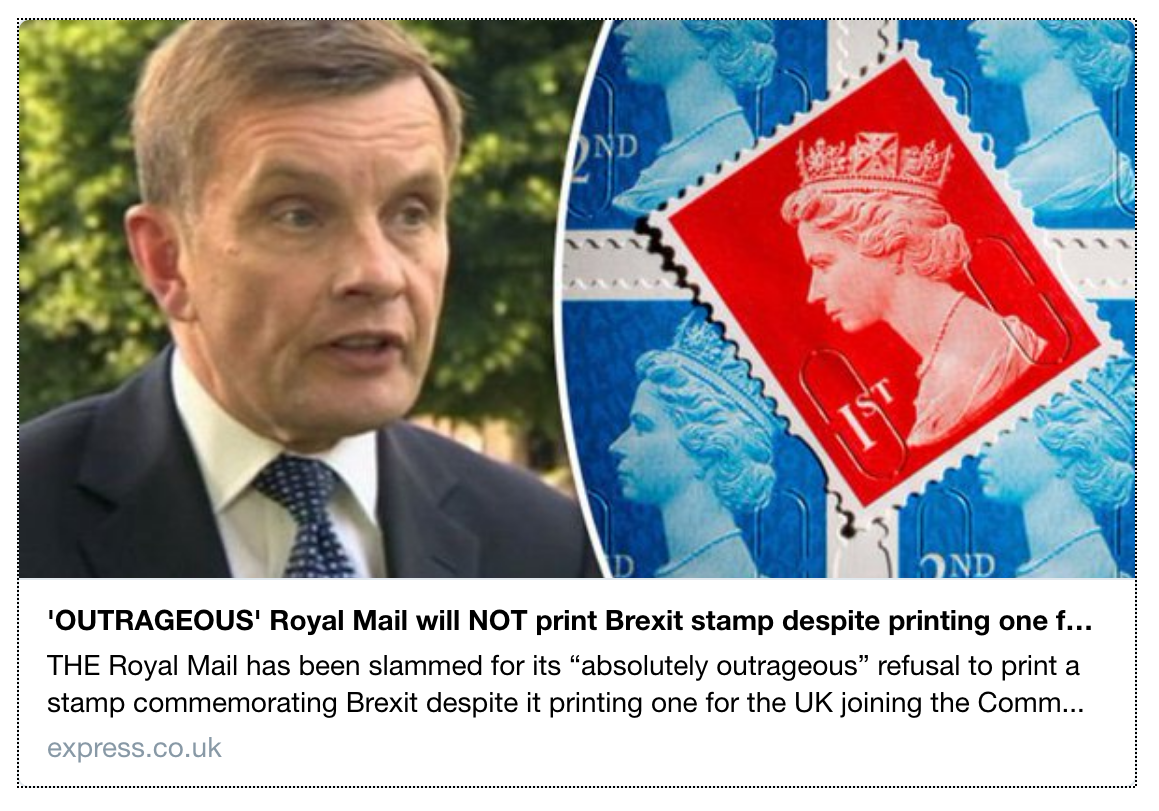 The Royal Mail has an absolute obligation to recognise a new chapter in the history of this country.

It was a sufficiently important issue to attract the votes of 17.2million people – and as a matter of simple respect, the Royal Mail should be ensuring the occasion is properly marked.

It is outrageous. This is a new and important chapter in the history of this country – and they have got a positive duty to mark it.

If they can mark our accession to it then they should mark the country’s liberation.

However, one fact that blundering Tory Dave Jones appears not to keep in his locker of utter bullsh*t is the fact that in 1973 the Tories hadn’t manage to flog off Royal Mail yet.

Yes, Royal Mail was under the direct control of the British government in 1973, meaning they had the power to decide whether or not a commemorative stamp would be printed or not.

Yes, one of the major downsides of privatisation – amongst numerous others like constant astronomical above inflation price rises, the despicable exploitation of British workers, and the intentional repression of our wages – is that when we flog off our essential services, the government no longer has any power whatsoever to decide how the company is run or what they are ‘obliged’ to make.

However, in the Express article, Jones ‘said he will write to Business Secretary Greg Clark, who has oversight of the national postal service, to complain’.

What the article fails to mention, however, is that – with the exception of anything against the law – Royal Mail’s private directors are under absolutely no obligation to do anything the Tories tell them.

Does this guy actually understand the word 'privatisation'?

The Tories sold off Royal Mail pal. You don't call the shots anymore.

If you want to expose just how stupid the Tories’ incessant and evidence-free policies of mass privatisation are, do share this article!