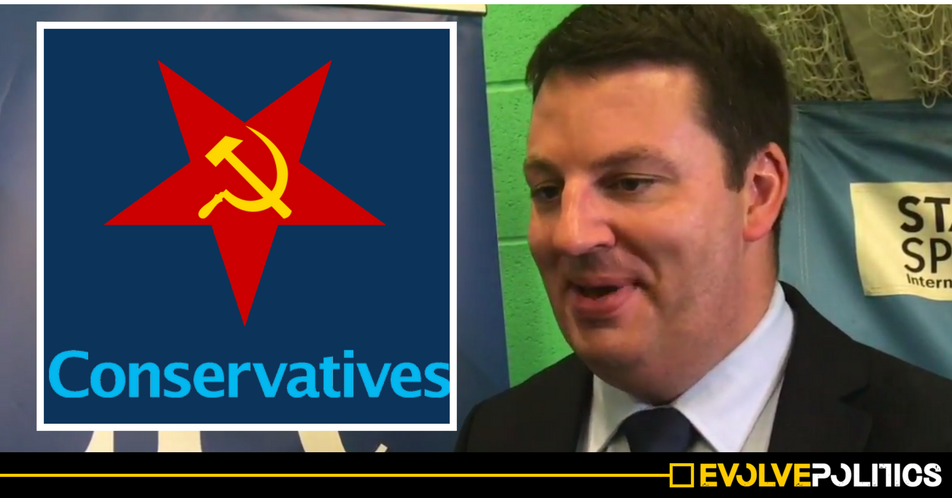 A Conservative MP and former under-Secretary to the now-Housing Minister Sajid Javid told the Daily Mail in 2015 that plans to crack down on greedy land banking property developers by issuing them with ‘use it or lose it’ warnings were “the sort of policy you might expect from Soviet Russia”. Unfortunately for the Tory MP in question, his own party are now said to be proposing the exact same thing – the damn Commies that they are.

Andrew Percy, the Tory MP for Brigg and Goole, was quoted as using the now deeply ironic phrase in relation to Ed Miliband’s identical housing plans in 2015.

At the time the ever-neutral Daily Mail had headlined their Labour-bashing article:

And, in more typically anti-Labour comments with added Communist overtones, the Daily Mail said that:

Mr Miliband wants to bring in ‘use it or lose it’ powers allowing councils to encourage building by putting up taxes on undeveloped land.

The announcement saw shares in housebuilders, including Barratt Developments, Persimmon and Taylor Wimpey, fall by around 2 per cent before later recovering.

The Institute of Directors describes the land grab as a ‘Stalinist attack on property rights’.

Before wheeling out Tory MP Andrew Percy, who whined that:

We should encourage developers to use this land, but threatening to steal people’s land is using a stick rather than a carrot.

But, unfortunately for Percy, he may well have to renege on his views as the Conservatives have literally just proposed implementing the exact same, supposedly Communist, ‘use it or lose it’ threats to greedy developers who sit on land to make a quick profit: 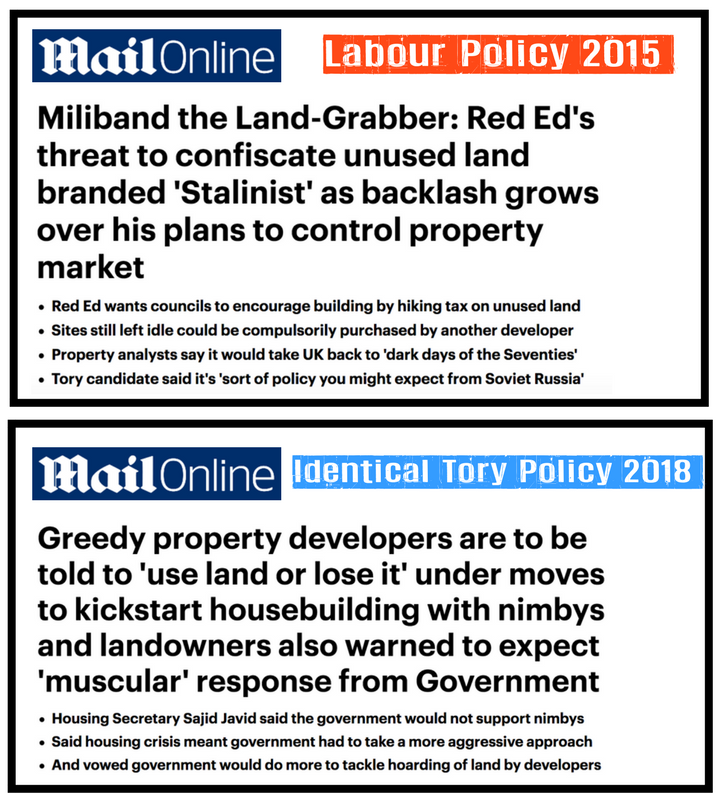 As ever, Evolve Politics have contacted the Conservative MP in question about his ridiculously ironic quotes, and whether he stands by them: 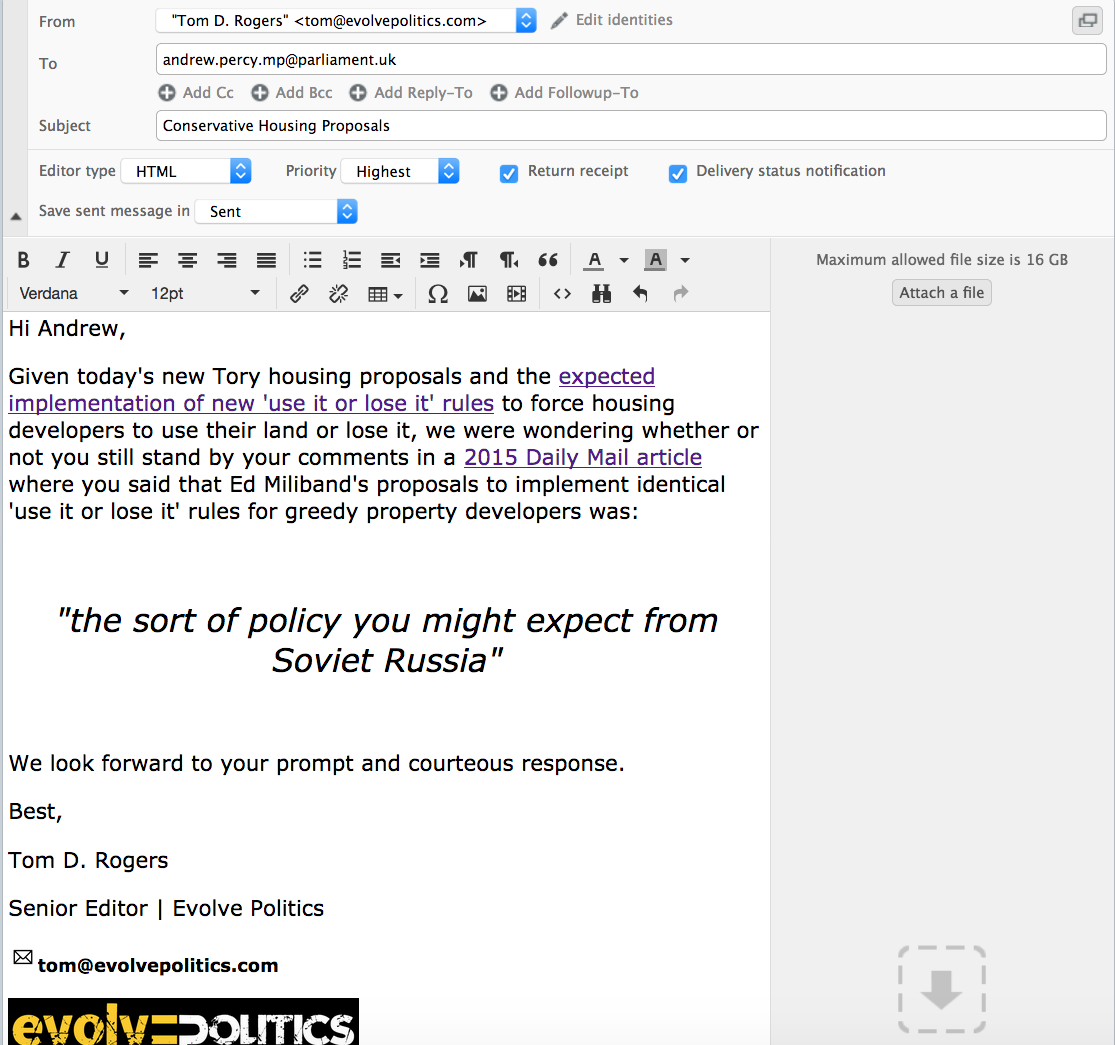 Unfortunately, however, his slightly irritated response indicates that he is now unwilling to stand by his previous comments: 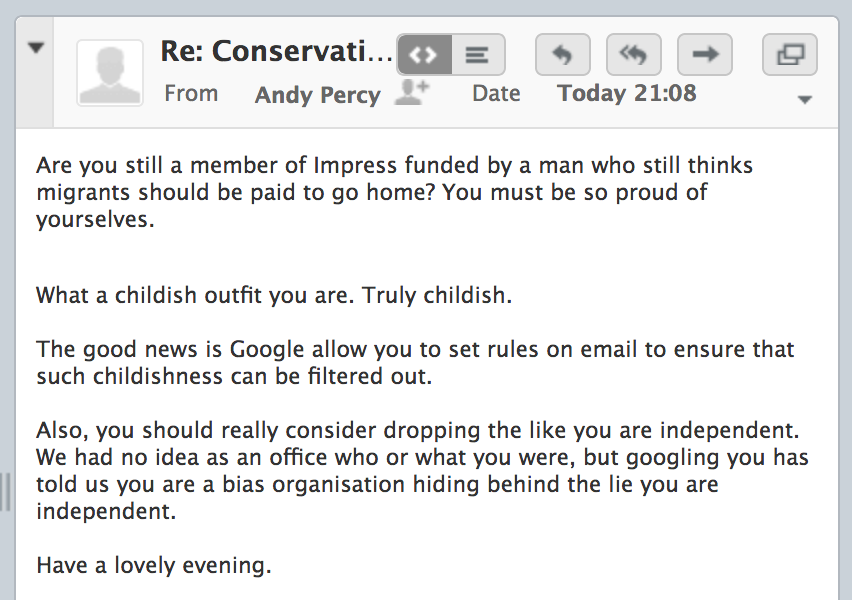