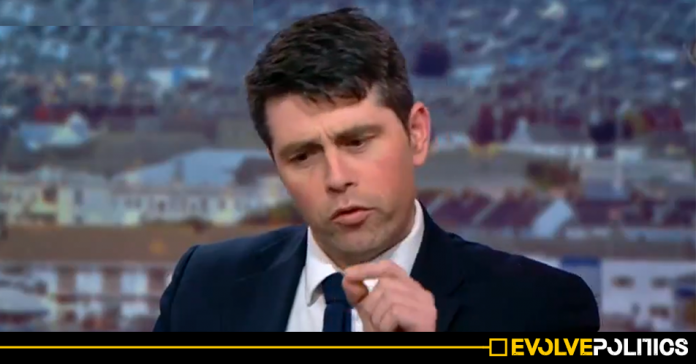 A Tory MP has suggested that the government should allow bosses to force employees to work more days and longer hours in order to fill the gap caused by the inevitable shortage of migrant workers after Brexit.

The Conservative MP for North Cornwall, Scott Mann, said on BBC Politics South West that the Government should consider scrapping the Working Time Directive – an EU regulation that protects employees’ rights, including preventing bosses from forcing anyone to work more than 48 hours a week.

The Government plans to introduce a points-based immigration system when the transitional period ends – a policy which includes a minimum salary for migrants looking to live and work in Britain.

Many have suggested the Tories’ new immigration policy will lead to a severe shortage of workers in key low-paid sectors such as agriculture and care work – jobs which have been largely staffed by migrant workers since Free Movement from the EU came into pratice.

Mann said that the impending shortage of workers will be “one of the biggest challenges” the government will have to solve after Brexit – and his solution is one that truly shows how much the Tories really care about the average worker.

Mann suggested the government should scrap one of the most important workers’ rights, saying:

“we need to have a serious think looking at the Working Time Directive.”

The host of Politics South West responded by arguing that the Directive is there to protect the most vulnerable employees from being forced to work exhaustingly long hours – to which Mann replied nonchalantly, stating:

However, as a tweet from Ruth Fillery-Travis points out, there is a deeply insidiuous flaw in Mann’s suggestion.

British workers already can voluntarily work longer hours by signing an opt-out form – but, if the Tories scrap the Working Time Directive, bosses would essentially be given free rein to *force* people to work as many hours as they see fit.

You can watch Mann’s comments in the video below:

No. We already can *voluntarily* work longer. Scrapping the Working Time Directive allows employers to *force* people to work longer. And I somehow doubt once they've suspended it they're going to reinstate it when this is all over… https://t.co/83N9yWe04l

The Government originally said they did not plan on downgrading workers’ rights after Brexit, but later refused to promise not to remove key assurances in the Withdrawal Bill.