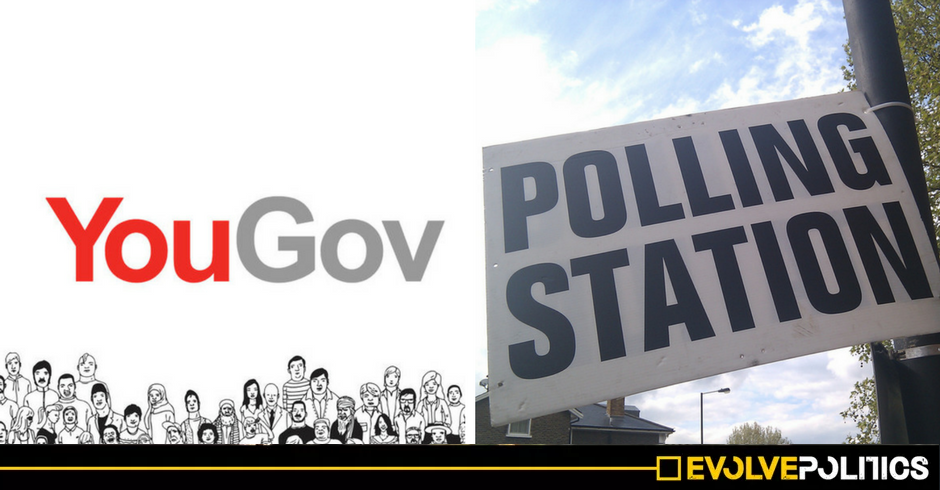 Polling company YouGov has come under fire on social media after it was revealed that one of their online surveys questioned whether benefit claimants should be allowed to vote.

The company, founded by Tory MP Nadhim Zahawi and former Conservative PPC Stephen Shakespeare, asked users to “please say whether you think each of the following groups should or should not be allowed to vote in General Elections in the UK.”

The list included non-British citizens living in the UK, British citizens currently serving jail terms, 16 and 17 year olds, and lastly, “those who receive more money from welfare benefits than they pay in taxes.” 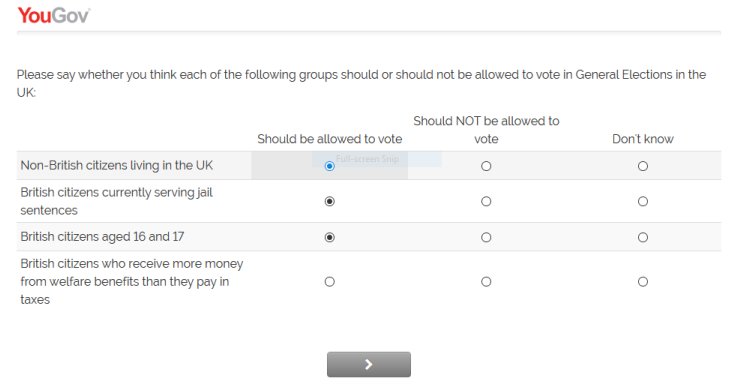 The shocking survey question has been doing the rounds on social media, and it’s fair to say that people are unimpressed with the notion that the poor and benefit claimants could be dehumanised and disenfranchised in this way.

The concept that this is even an acceptable question to ask raises further concerns about how benefit claimants are treated as second class citizens by the government, the media, and the wider political class.

Critics of polling companies often claim that their main purpose is to shape public opinion, instead of gauge it.

If the Tories think polling data from surveys like this can be used to justify an attack on basic democratic rights – they have another thing coming, if social media is anything to go by.

New #voterID #photoID requirement, though, will have same effect for the poor, young and elderly.

Given YouGov’s links to the Tory party, is this testing the water for future policy I wonder?

"do you think that only people with more money than you should be able to vote?"

You need to ask the owner. His name is @nadhimzahawi and his co-owner is a @StephanShaxper but not from the family of the bard. You could ask them. They are both Tories and wish to rewrite the voters base I'm sure. As they are in Yankee land.

UPDATE: YouGov have released an official response on their website in the form of an article called ‘Why pollsters ask uncomfortable questions’. You can read it here.