A Tory-supporting financial lobbyist is urging the government to charge rail strikers as “proscribed organisations”  under the “Terrorism Act” and has compared them to Islamic terrorists.

The shocking comments illustrate the way that government can abuse anti-terrorist legislation to silence anybody and any group that it doesn’t agree with – as well as showing how anti-terror laws have been used to protect corporate interests and power previously.

Writing for the Conservative Home website about the ongoing rail strike action by Unions, Cameron Penny, a financial services lobbyist whose clients include Goldman Sachs, and Lloyds Banking Group says:

To deal with the crisis in our transport network, which now threatens to engulf the country, the Government can take a leaf out of Alistair Darling’s book. It should state its intention to list ASLEF, the RMT and TSSA as proscribed organisations as per the terms of the Terrorism Act 2000. It would not have far to go for justification; the President of the RMT is on the record calling for the destruction of capitalism and admits to working to “bring down this bloody working-class-hating Tory government.

Penny pleads with the government to break up the strike:

We need the Government to bring the transport unions to heel and to do so using the powers and precedents from previous moments of national crisis.

It seems as if the business world is begging for the nanny state to intervene and smash the Unions, which is strange isn’t it? Because usually business decries the nanny state! Apart from when they begged the state to bail them out using billions of taxpayer’s money that is, as happened during the financial crash of 2008 when they drove the world’s economy into meltdown through recklessness.

Penny goes on to state the purpose and reason he thinks Unions should be treated like terrorists:

Clearly, Penny wants the government to threaten strikers, by declaring them as terrorists, and therefore shutting down strike action.

He cites a previous example of the government’s use of the Terrorist Act to justify this ludicrous suggestion:

The Landsbanki Freezing Order 2008 used the provisions of the Anti-terrorism, Crime and Security Act 2001 to list the bank (Landsbanki) and the Government of a friendly nation (Iceland) as “specified persons” which also froze all funds “owned, held or controlled by Landsbanki”. This legislation made it a criminal offence to deal with or make those frozen funds available to Landsbanki and the Icelandic Government.

The Treasury’s intervention and its willingness to use anti-terror legislation was based on grave concerns “about the detrimental effect on the UK economy of the current situation”.  The Government agreed that when faced with a significant economic threat it was appropriate to use anti-terror legislation to safeguard the economic health of the nation

Penny, it seems, does not understand that the entire point of strike action is to cause economic damage — his wild exaggerations and overall paranoid tone illustrate the fear that Union action puts into those in power and the financial sector. Of course, it does not occur to Penny that the best way to deal with strike action is to listen to workers and negotiate. He would rather the working class gets charged as terrorists for standing up for their rights, than let strike action take place and see the working-class succeed in our battle for dignity.

It is worth reminding Penny (and the government) at this point what terrorism actually is.

The unlawful use of violence and intimidation, especially against civilians, in the pursuit of political aims

The transport unions are certainly not using violence or intimidation. They are using their legal right to strike to protect workers, and in this case public safety too.

The Anti-terrorism, Crime and Security Act 2001 has gained criticism from inception after being rushed through parliament a few months after the September 11 attacks in 2001. The government’s use of the act on Iceland came under much criticism at the time — even from the business loving Financial Times (FT) which reported: 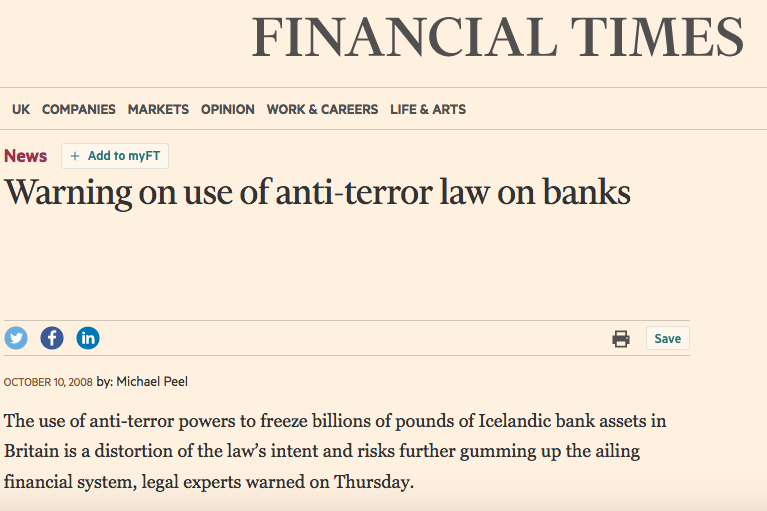 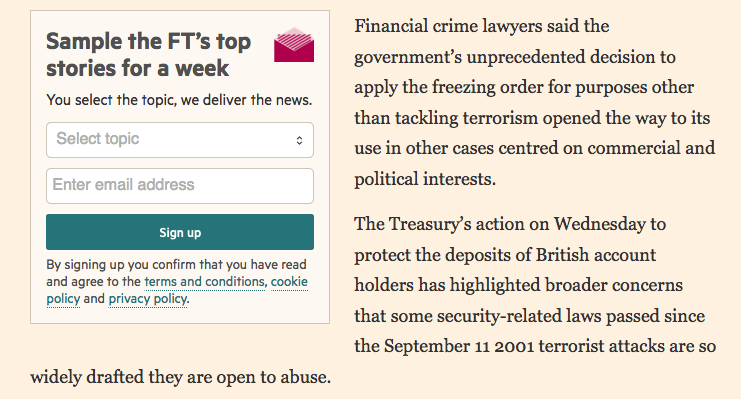 The government’s use of the terrorism act in the Iceland case was directly aimed at protecting investor “rights” not protecting national security — which is frankly a laughable claim.

It may have also been used a way to control Iceland politically following the crash of 2008. Because rather than simply bailing out the banks using taxpayer’s money as was done here, and much of the developed world, Iceland took a very different approach. One which led to a revolution of sorts: the refusal by individual citizens to pay for the crisis, and the prosecution of bankers involved in creating the crisis. It is possible that the British government was trying to suppress the democratic process in Iceland by applying the terrorism act and freezing funds.

The government frequently misuses its powers to label certain groups and people as terrorists, just ask the fracking protestors in Yorkshire who the government recently added to a terrorist watch list. This is a way of controlling groups that oppose the power of business interests. Often the state acts as a policeman on behalf of private interests — with the power to prosecute, monitor and silence those who oppose corporate power. By adding them to terrorist lists they are criminalising them, even when they are doing nothing wrong, purely to protect business interests.

While it is highly unlikely that Penny’s well thought-out suggestion will be implemented, it does show a disturbing insight into the Tory capitalist mind.

They literally hate the working-class so much that they would like to see them charged with terrorism for daring to stand up for their rights. They cannot stand to see any profits being lost due to strike action, and at the same time are unwilling to negotiate with the workers that they rely on to make their fortunes from.