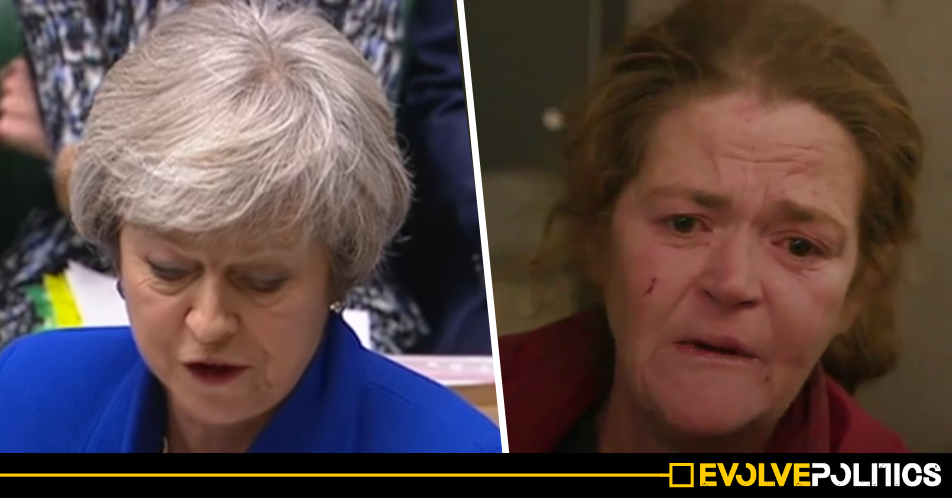 In the last five years, a staggering 2,627 homeless people have lost their lives on the streets of England and Wales – amounting to more than 10 deaths every single week – shocking new figures from the Office of National Statistics have revealed.

The disturbing statistics, which were compiled using official death registration data spanning from 2013-2017 combined with estimates on unidentified fatalities, showed that deaths among rough sleepers had risen dramatically over the period, with a sharp increase of 24% from 2016 compared to 2017.

These latest staggering figures also mirror a dramatic rise in the number of people forced to live on the streets – a figure which has skyrocketed by a startling 169% since the Conservatives came to power in 2010.

In 2017 alone it was estimated that around 4,750 people were sleeping rough, and combined with the latest ONS figures on homelessness deaths it can be estimated that more than one in ten of these people will have died during the twelve months to 2018.

New statistics reveal the number of homeless deaths in the UK has surged by 24% in the last five years. Yesterday, we spoke to rough sleepers after a man was found unresponsive near the entrance to parliament and later died in hospital. pic.twitter.com/BguJyaharQ

The latest ONS figures come just two days after the Conservative Party’s Communities Secretary, James Brokenshire, attempted to claim that his government’s policies were not at fault for the dramatic rise in rough sleeping.

“Proper resourcing of local government funding is essential if we are going to end rising homelessness. Councils also need to keep 100% of the receipts of any homes they sell to replace them and reinvest in building more of the genuinely affordable homes they desperately need and the ability to adapt welfare reforms to prevent people from losing their home where possible”

However, when challenged on whether it was his government’s policies that had inflamed the problem, Brokenshire denied that they had anything to do with the rise, stating on Tuesday that:

“I don’t see it in those terms. I see it as a combination of concerning elements in terms of addiction, family breakdown issues. The thing that struck me over recent months in speaking to some of the LGBT charities in terms of young people, because of their sexuality, being thrown out of home.”

However, not only is Brokenshire’s denial completely contradicted by the statistics – which show that rough sleeping was almost entirely eradicated from 1997-2010 under Labour – it is also completely refuted by numerous leading charities.

“Our crippling shortage of #SocialHousing and a threadbare safety net are at the root of this national emergency.

We’re calling on the government to make the new year a turning point in the fight to ensure that there is a safe home for all those who need it.”

“This is nothing short of a national tragedy – especially when we know that homelessness is not inevitable. In one of the world’s wealthiest countries, no one should be dying because of homelessness. It’s imperative that governments act now to stop this tragedy once and for all.

“Behind these statistics are human beings – mothers, fathers, daughters and sons – whose families will now be spending Christmas coming to terms with their loss. This has to change.”

Sparkes also called on the Tories to urgently change their policies, “like building the number of social homes we need and making sure our welfare system is there to support people when they fall on hard times“, in order to help alleviate the increasingly desperate situation.

The Conservative Party state have pledged to halve rough sleeping by 2022, and entirely eradicate it by 2027.

However, if the Tories continue to deny the reality that their policies are obviously the main factor in this increasingly horrific problem, it will clearly only continue to increase.