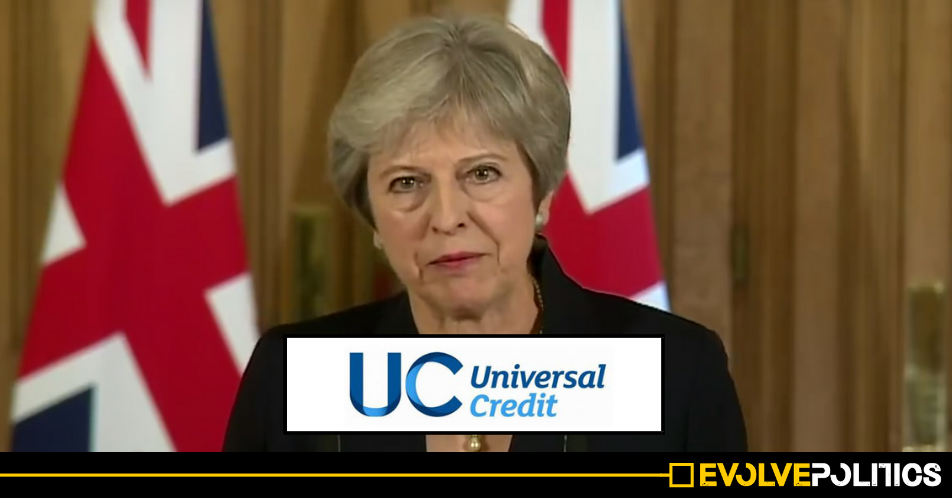 I suffer from several chronic complex health conditions which affect my day to day life in different ways. I am wheelchair-bound because of Functional Neurological Disorder – a condition which causes a complete loss of feeling below my knees, as well as weakness in my arms that, at its worst, means I cannot feed myself. I have Crohn’s Disease – an incredibly painful lifelong digestive disorder which is severely affected by which foods I eat. I have Polycythemia JAK2 – a rare blood disorder which causes numerous functional problems. And, on top of these, I also have Borderline Personality Disorder. However, just a few months ago I was forced to survive on foodbank handouts after the Department for Work and Pensions (DWP) classed me as “fit to work”, against my doctor’s advice – a mistake the DWP have now admitted was “damaging to my mental and physical health“.

In October 2017, I was taken off the main disability benefit, Employment and Support Allowance (ESA) and transferred on to the government’s new flagship benefit system, Universal Credit (UC). The government claims that this new system is fairer.

Previously, I was placed in the ESA Support Group – a category that specifically protects the most disabled people from having to undergo unnecessary ongoing health assessments. However, after being transferred onto UC, I was forced into a degrading health assessment where I was declared “fit to work”.

Following this, I had to wait seven weeks until my first payment, and the amount of money I had to live on dropped drastically compared to the old system. I lost almost 3 stone, my hair started falling out, and my teeth became loose due to a lack of vitamin intake.

Knowing that the DWP’s decision to declare me fit to work was clearly wrong, I applied for them to reconsider it under a process known as Mandatory Reconsideration. In late February, four months after being transferred onto Universal Credit, my appeal was rejected by the DWP.

In early March 2018, with both my mental health and my finances at rock bottom, I attempted suicide. I spent two days in intensive care. After my body had recovered from the overdose, I spent the next two days speaking to an amazing NHS mental health team. Their incredible support and advice – in letting me know that this horrific situation was not my fault, but the DWP’s – gave me the strength I needed to continue my fight.

All in all, my fight with the DWP lasted 10 months, and – in addition to the pain and suffering of my current health conditions – the experience of Universal Credit took a severe toll on both my physical and mental health. However, not only has the government’s roll out of Universal Credit been an utterly horrific experience for myself personally, I know that my story is only the tip of the iceberg.

The Labour Party’s annual conference begins on Sunday, and amongst the motions submitted to be debated are several on the Tories’ disgusting UC roll out. Labour’s current policy on it is to simply “pause and fix”. However, given the countless horror stories of UC, including my own, Labour’s position on the new system is deeply unpopular amongst both members and affiliates.

Their position also puts Labour at odds with big backers such as Unite the Union and The Trades Union Congress (TUC). The annual TUC Congress approved a motion last week calling for Universal Credit to be scrapped for;

The Labour Party and all delegates at this year’s conference must seize the opportunity and vote to scrap Universal Credit entirely. If a decision on the matter is left any longer, it’ll be too late to make any kind of difference to the thousands suffering the horrific consequences of this devastating new Tory benefit system.

If you are experiencing thoughts about self harm or suicide, you can call The Samaritans 24 hours a day, seven days a week on; 116 123.