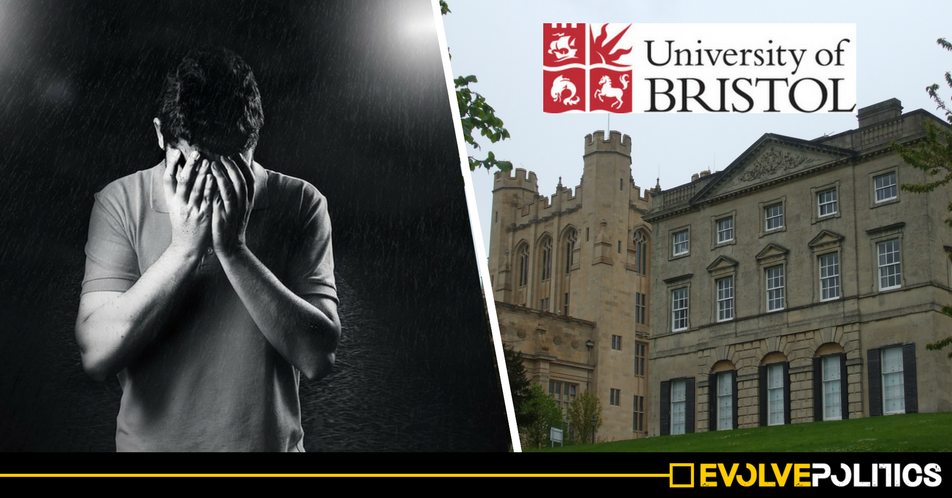 The tragic spate of suicides at Bristol universities has continued into the new year, with two further students thought to have ended their own lives in January. This brings the harrowing total to eight young lives in just eighteen months:

This is more than a list of names; more than a roll-call of people too often lazily dismissed as “troubled” who have left behind family and friends bereft and traumatised.

These lost lives are a frightening indictment of what our society has become; they epitomise a failure to pinpoint and tackle what is causing the epidemic of depression sweeping our country. The names are published in an effort to humanise the deceased; to provoke empathy not just for the suffering they themselves endured but the battle that their loved ones must now commence for the sake of their own mental wellbeing.

People like the mother of James Thomson, left questioning herself and what she “missed” or his close friend Tom:

When I go with the friends that we shared to have a game of pool or go to watch the match or do a pub quiz, he would always be there… So you know, things that would normally cheer you up when something bad happens, kind of make you feel worse in a way, because you’re sat there thinking ‘why isn’t James here?’

The heartbreak is further intensified knowing that the one-to-one drop-in counselling service provided by the University of Bristol was ended at the start of this academic year, with students now having to either wait a minimum of two months for appointments with CBT counsellors.

Still, whilst the CBT approach is often successful with many patients – particularly those with less severe mental illness symptoms – psychotherapeutic practices are a broad church that encompasses many strategies. It is certainly not a one size fits all situation. However, with some universities cutting the services they already have rather than investing in expansion, the future remains bleak for many.

Counselling is scarcely enough for many people suffering depression and even then remains a service rarely available on an individual basis. Psychotherapy again is difficult to obtain; a struggle to acquire on the NHS even in the few areas it is offered and prohibitively expensive when undertaken privately. Specific psychotherapeutic approaches are, however, essential for the effective treatment of many cases.

The length of NHS waiting lists for counselling and other psychotherapies is nothing short of criminal. The bigger picture is once again starkly visible to those that wish to see. The truth is we live in a society that consistently reproduces the tragedy of suicide.

Although universities are institutions of particularly intensified neoliberal culture, and whilst the recent spate of suicides suffered by Bristol creates a tabloid-grabbing detail, the reality is that instances of suicide in the UK are increasing across the board: not merely in Bristol, nor even at university; suicide is clearly a more general issue in terms of our health and social system.

As Mark Ames, director of student services at the university, said:

It is clearly a national issue. Universities are certainly all trying to step up really, to provide the kind of support that people need in relation to their mental health and wellbeing.

Both universities (University of Bristol and UWE) are undertaking reviews of their mental health services. The University of Bristol had recently ploughed £1million into their programme, with aims to make it more extensive. Although the reasoning behind the ‘drop-in’ centre being axed remains unclear.

Indeed, mental health provision is sporadic at best. And whilst, broadly speaking, universities may have more awareness of the difficulties students and young people can face, it is often practised reactively rather than proactively.

Universities – hives of research, debate and discovery – should themselves be places best suited and best situated to widen the discussion about what our society’s mental health malaise means and how we go about suicide prevention, rather than the obsessive focussing on individual circumstances.

In these terms, we should utilise Bristol’s problems as analogous of society as a whole, with the macrocosmic examples pitifully evident for all to see.