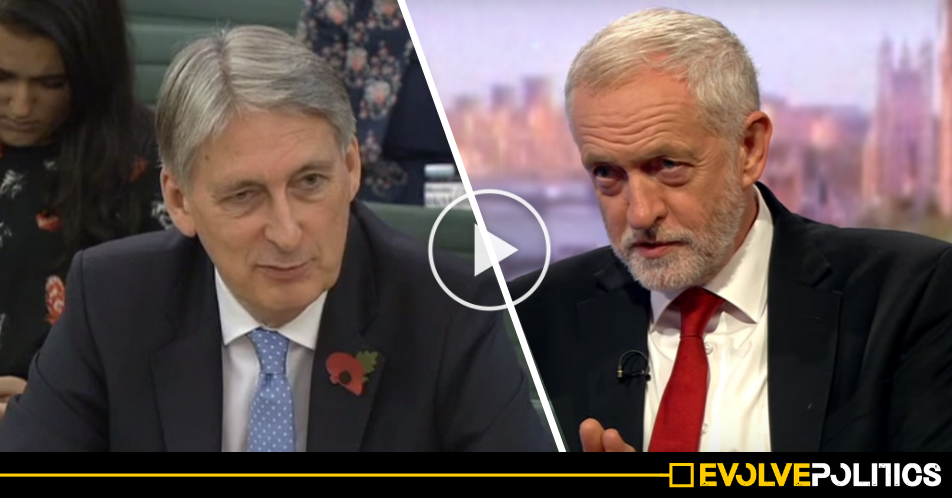 For eight long years, the Conservative Party have carefully constructed, and meticulously maintained, the myth that cuts to public services are an absolute necessity in order to get Britain’s finances back into shape following the 2008 financial crash. But, in a small Committee room on the 5th of November 2018, the sitting Tory Chancellor toppled his own party’s rhetorical house of cards by finally admitting that the their near-decade-long economic plan had been built on nothing but lies.

“Our country’s finances are the same as your household budget“, they told us. “You wouldn’t go out racking up debt if you didn’t have the means to pay it back, now would you?“, came the Tory line, over and over again.

With the public already reeling from an almost unprecedented economic crash, and terrified that far worse was to come, it was a deliciously convincing line. Added to the fact that the majority of people aren’t particularly engaged with the ins and outs of governmental economics, it really was the perfect moment to convince people that frugality was more expedient than spending.

The situation suited Tory ideology down to the ground. Here was a ready-made excuse to cut spending on all those ‘expensive’ things that only ‘poor people’ benefit from – like the NHS, state schools, and welfare. Because, for wealthy Tory-voters, who needs public services when you can afford to go private, eh?

And so, Tory austerity ensued. School budgets were slashed. Libraries and youth services were closed en-masse. Council budgets were completely decimated, and tens of thousands of police were made redundant, amongst many, many other swingeing Tory-led cuts. But, as the Conservative Party line went, it would all be worth it in the end, and the public’s brave sacrifices now would surely result in the country’s national debt falling in the near future.

However, eight years on, and not only have the Tories managed to break every single one of their economic targets, Britain’s debt hasn’t fallen at all. In fact, for our “hard work” in enduring almost an entire decade of devastating Tory austerity – a policy linked to the needless deaths of more than 120,000 people over that period – the British public now have to repay an extra £700,000,000,000 on top of the £1,000,000,000,000 debt the Tories’ inherited in 2010.

Yes, for all their talk of fiscal responsibility, not only have the Tories managed to borrow more money in the past 8 years than every Labour government in history combined, they have also conspired to nearly double the national debt, whilst all the while promising the British public that their increasingly unpopular austerity policies were supposedly a necessary evil.

However, the election of Jeremy Corbyn as Labour leader in 2015 proved to be the catalyst that finally exploded the great Tory austerity con.

Here, finally, was a real alternative – someone providing a genuine break from the near-40-year political consensus that eventually resulted in millions of ordinary people being consigned to economic misery. A politician who had always stood on his principles, never backed down from debate, and promised an exhausted and politically exasperated British public that things could, and would change.

Corbyn pledged the complete opposite to the economic gruel served up by the Tories. He argued that you couldn’t cut your way to growth, and that in order to grow – and therefore reduce the debt – Britain needed to invest in the people, jobs and infrastructure, rather than slashing support and services for the many.

And now, after the British public voted to leave the European Union in 2016, and after the anti-austerity-led Labour surge in the 2017 General Election, public opinion is firmly in favour of ending austerity and investing in our economy once again.

However, despite their recent promise that austerity was finally coming to an end, the Tories’ actions during the November budget completely belied their words.

Investment in our devastatingly over-stretched public services was nearly non-existent, and, in time-honoured Tory tradition, the Conservative Party used nearly all surplus cash to fund yet more completely unnecessary tax cuts for the already wealthy.

At a time when inequality is soaring and our public services are on their knees, the prioritisation of the already-wealthy over and above the national interest really is truly unforgivable.

However, not only were Hammond’s monetary decisions completely unfair, they were also entirely economically illiterate.

Yet, despite the Tories often appearing to be entirely incompetent at their job, they know exactly what they’re doing.

Because, as the founder of the NHS, and the former Labour Health Secretary, Nye Bevan, once reportedly postured:

“How can wealth persuade poverty to keep wealth in power? Here lies the entire art of Conservative politics.”

The Conservative Party know that their austerity policies are severely damaging both Britain’s economy and its society – but they don’t care. They are in power, and until public opinion swings decisively against them, they won’t do a damn thing to help anyone but themselves and their wealthy mates.

And if you needed any proof whatsoever that what I’m saying is absolutely spot on, do take a watch of the Tory Chancellor Philip Hammond explaining that 8 years of his own party’s cuts have essentially been completely unnecessary, and that they should have implemented Jeremy Corbyn’s plan for economic investment right from the very beginning.

You can watch Tory Chancellor Philip Hammond’s astonishing admission below:

Posted by EvolvePolitics on Wednesday, 7 November 2018