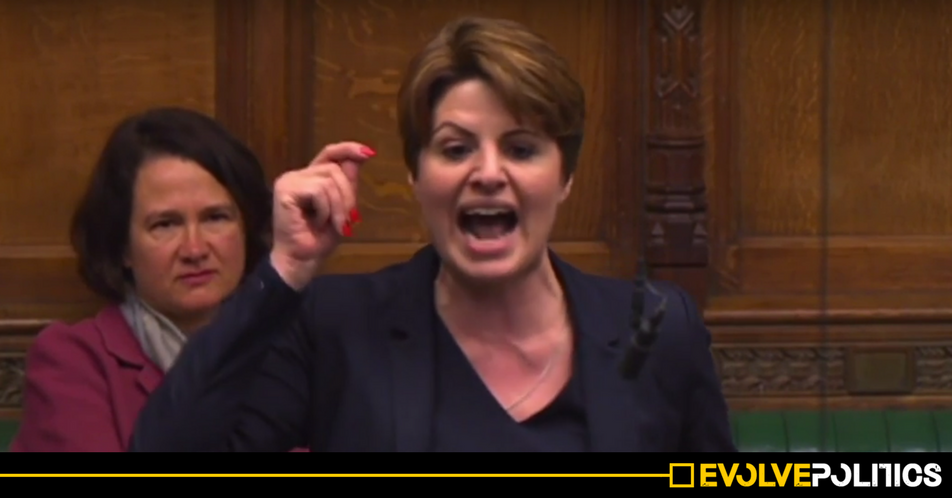 It’s pretty common knowledge that the Tories often behave like a bunch of spoilt, over-privileged children in the House of Commons – laughing and jeering at the opposition, even when the most serious of subjects are being debated. But the Tories’ behaviour today during an Opposition Day debate on the effects of Tory cuts to local government, and childrens service in particular, was something else – a staggeringly infantile performance which categorically proved just how little concern the Tories have for the suffering of ordinary people under the weight of their monumental funding cuts.

Andrew Gwynne, the Shadow Secretary of State for Communities and Local Government, began the debate by laying into the Tories for cutting local government budgets in half, and giving a stark warning that:

Interjecting, one Labour MP brought up the very real effects of the Tories’ cuts on children’s services, stating:

“One of the particularly perturbing cuts is that to children’s services, and every single local authority leader, regardless of party, is screaming out for more money for children which makes such an impact in the long term… we must give every single child the best start in life.“

And summing up the Tories’ disgraceful priorities, Gwynne then responded by saying:

“When it comes to the priorities of this government – they were faced with a choice in the November budget – and what did they choose? They chose a £5Bn tax-giveaway to the bank levy and voted down an amendment from this side of the house where we pledged to put £2bn into children’s services – exactly where his own Tory Councillors are saying it needs to go!“

The Tory MPs opposite really didn’t like being told these home truths, and, unable to accept the fact that they were being called out for having such ridiculous priorities when vulnerable people were suffering, their behaviour went very much downhill from hereon in.

After citing stark figures that “Since 2010 49.1% of central government funding has been cut from local government“, Gwynne went on to note that the braying and jeering from the Tory benches was clearly being orchestrated by the Tory PPS, who Gwynne said was “giving backbenchers cue cards and whispers into ears as to what to say” – a statement which, ironically, led to yet another chorus of jeers from the infantile Tory MPs opposite.

But then the Labour MP for Hull West and Hessle, Emma Hardy, took the floor – and it’s safe to say she had clearly had enough with the Tories’ ridiculous behaviour.

Hardy started her intervention particularly assertively, but after numerous Tory MPs continued to laugh and joke loudly amongst themselves despite the seriousness of the discussion going on around them, she rightly went completely apoplectic at them, stating:

“I feel like the atmosphere in here in ignoring the very real consequences of what we’re talking about. I’ve mentioned it before – in my constituency there are 140 more looked-after children been taken into care because they haven’t had that early intervention or that early support.

And the members opposite can laugh and joke, and make this into some kind of comedy show, but I’m sorry, WE ARE TALKING ABOUT THE IMPACTS ON REAL PEOPLE’S LIVES – REAL PEOPLE’S LIVES BEING CHANGED FOREVER BECAUSE OF THE ACTIONS OF THIS GOVERNMENT – AND I DO NOT THINK THAT IS A LAUGHING MATTER!”

I find it extremely distasteful and offence to see Tory MPs laughing at cuts to children’s services and treating the increased number of looked after children as a joke. https://t.co/MzpH8x5HSZ

The Tory MPs are telling me to “stay sat down” because they didn’t like it when I pointed out they have failed to deliver on their manifesto promise to offer subsidised transport for apprentices. Aggressive atmosphere in the chamber because #CutsHaveConsequences

“My honourable friend is right to be angry. When the public watching this debate see Tory MPs laughing and sneering and smirking at our public services in crisis they will know what side the Tories are on – and it’s not on their side!”

At which point the Tories, clearly unperturbed by how the public viewed their disgraceful behaviour, started sneering and smirking some more.

You can watch the furious exchange below: