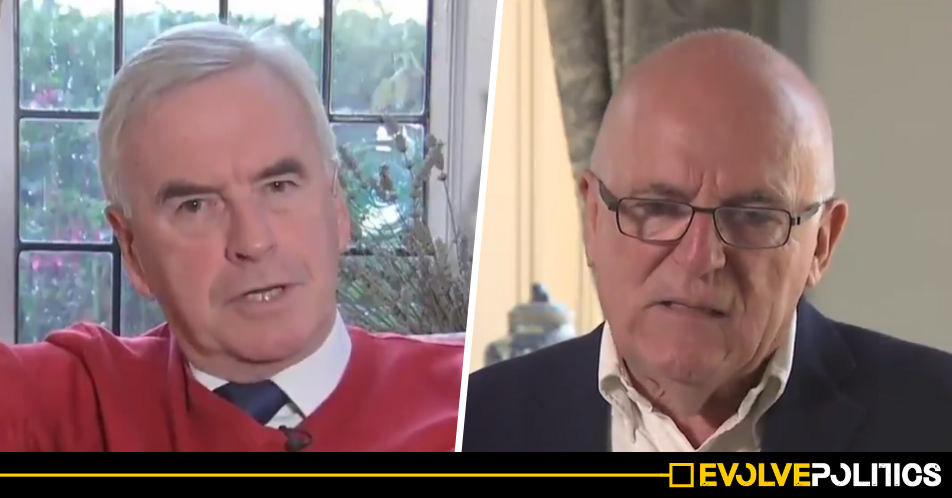 On Sunday, Sky News conducted an interview with the former head of MI6, Richard Dearlove, in which the ex-intelligence Chief used his platform to perpetuate the UK establishment’s narrative by warning that Jeremy Corbyn as Prime Minister would supposedly be a threat to National Security.

“I think someone coming from my background is troubled by Jeremy Corbyn’s past associations, some of which I find surprising and worrying.

“He may have abandoned them now but I don’t think you can entirely as it were dump your past.”

“He has enthusiastically associated himself with groups and interests which I would not say were the friends of the British nation.”

"Someone coming from my background is troubled by @jeremycorbyn's past associations. Some of which I find surprising, and worrying. He may have abandoned them now, but I don’t think you can entirely dump your past." says the former head of MI6 Sir Richard Dearlove #Ridge pic.twitter.com/J9gWgVR8K2

Unsurprisingly, the former UK intelligence chief refused to name any of these organisations Corbyn is supposed to have had “associations” with – almost certainly through fear of slandering the Labour leader and being served with legal action.

“Well I’m not surprised. This is… a reactionary member of the establishment. So I don’t think he’d welcome a Labour government of any sort

I’m disappointed with him, but there you are…I think he should spend his retirement in quiet contemplation of the role that he played with regard to the Iraq war where over half a million people, at least, were killed. He was strongly criticised as the head of an organisation whose intelligence took us into that war.“

It was an absolutely devastating retort from McDonnell – and one which, unsurprisingly, quickly went viral:

Richard Dearlove was the man in charge of MI6 when Britain and the United States decided to ignore the United Nations Security Council by illegally invading Iraq.

The UK establishment attempted to justify the invasion with the now infamous ‘dodgy dossier’ that claimed Iraqi dictator Saddam Hussein was stockpiling weapons of mass destruction (WMD), and that he could deploy them against Western nations, including the UK, within 45 minutes.

However, not only was Dearlove the man who oversaw the publishing of this dodgy dossier – information which turned out to be a pack of complete and utter lies – a devastating memo from 2002 was leaked which confirmed beyond all reasonable doubt that Dearlove knew exactly what he was doing.

In 2005, The Times published the so-called “smoking gun memo”, in which Dearlove is reported to have stated after a meeting in Washington that in order to justify the invasion of Iraq it would be necessary for both Britain and the US to lie to the general public.

The section on Dearlove – who was officially known as “C” – stated:

“C reported on his recent talks in Washington. There was a perceptible shift in attitude. Military action was now seen as inevitable. Bush wanted to remove Saddam, through military action, justified by the conjunction of terrorism and WMD. But the intelligence and facts were being fixed around the policy.“

So who do you trust? The man who intentionally oversaw a pack of lies which were concocted specifically in order to justify the illegal invasion of a country that resulted in the deaths of over half a million people, or the man who opposed this illegal war from the very start by correctly predicting that the UK establishment were lying in order to further their own agenda?

Jeremy Corbyn is not a threat to national security. He’s a threat to the lying, conniving, deceptive, duplicitous, self-serving, warmongering, UK establishment.

It really is little wonder that people like Richard Dearlove and Tony Blair constantly smear Jeremy Corbyn. Because if the Labour leader does become Prime Minister, the odds of people such as Dearlove and Blair rightfully facing justice for their role in the illegal Iraq war will increase substantially.