Home UK News Education WATCH: This guy just said what every student in England wants to... 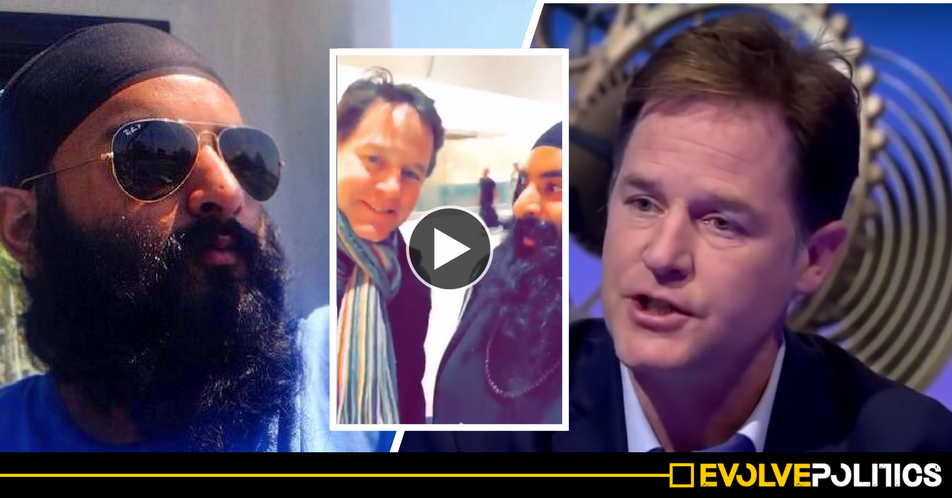 He may well have said sorry, and it may have been 7 years since it happened, but it’s pretty unlikely that any student now lumbered with tens of thousands of pounds student debt will have forgiven Nick Clegg for the absolutely ridiculous betrayal he brutally served up to us as Deputy Prime Minister in the Con/Dem coalition from 2010-2015.

If you needed any reminding at all, Nick Clegg’s Lib Dems promised in their 2010 manifesto to vote against any rise in tuition fees.

But, after receiving a huge boost in their vote share thanks to a student voter base enthused by this hugely popular policy pledge, the Lib Dems made big gains – gains that enabled them to enter into a hugely unpopular coalition with the Conservatives in 2010.

And then, despite making it their key manifesto pledge, and despite knowing that it would literally alienate the vast majority of their voters, the Liberal Democrats decided to commit electoral suicide by doing the exact thing they pledged not to do.

Nick Clegg’s party voted with the Tories, not only to increase tuition fees, but to TREBLE them from what then seemed a reasonable £3,000 a year, to £9,000 – the highest tuition fees in the world.

This may seem to ancient history to some, but to students like myself who actually voted for the Lib Dems in 2010 – in part because of this pledge – we truly were the victims of a political betrayal the likes of which we had never encountered before.

I’m sure it goes without saying that most students around my age, if presented with the opportunity to give Nick Clegg a little piece of our mind, wouldn’t pass up the opportunity.

And this opportunity is exactly what presented itself to Jasdeep Kohli.

Kohli studied Economics at Surrey University and, thanks to Clegg, is now lumbered with a massive student debt of £45k.

I’ve been back packing around Thailand for the last few weeks, just got off a 13 hour flight. Saw a man holding a sign for Nick Clegg in T2 Arrivals. I asked if it was thee Nick Clegg and had to wait around to let him know what I thought of him. Couldn’t pass up the opportunity.

And speaking of his experience with student debt, Kohli said:

It’s honestly a shame how much he’s (Clegg) let us down. I’ve been working for a big tech company for two years in Finance and haven’t paid a single penny of my loan off. I can barely keep up with the extortionate interest payments at the moment. After doing the math, my student debt is actually increasing by £40 a month. Absolutely horrible situation to be in.

You can watch Jasdeep live the dream of every student in England in his short but sweet viral Twitter video below: