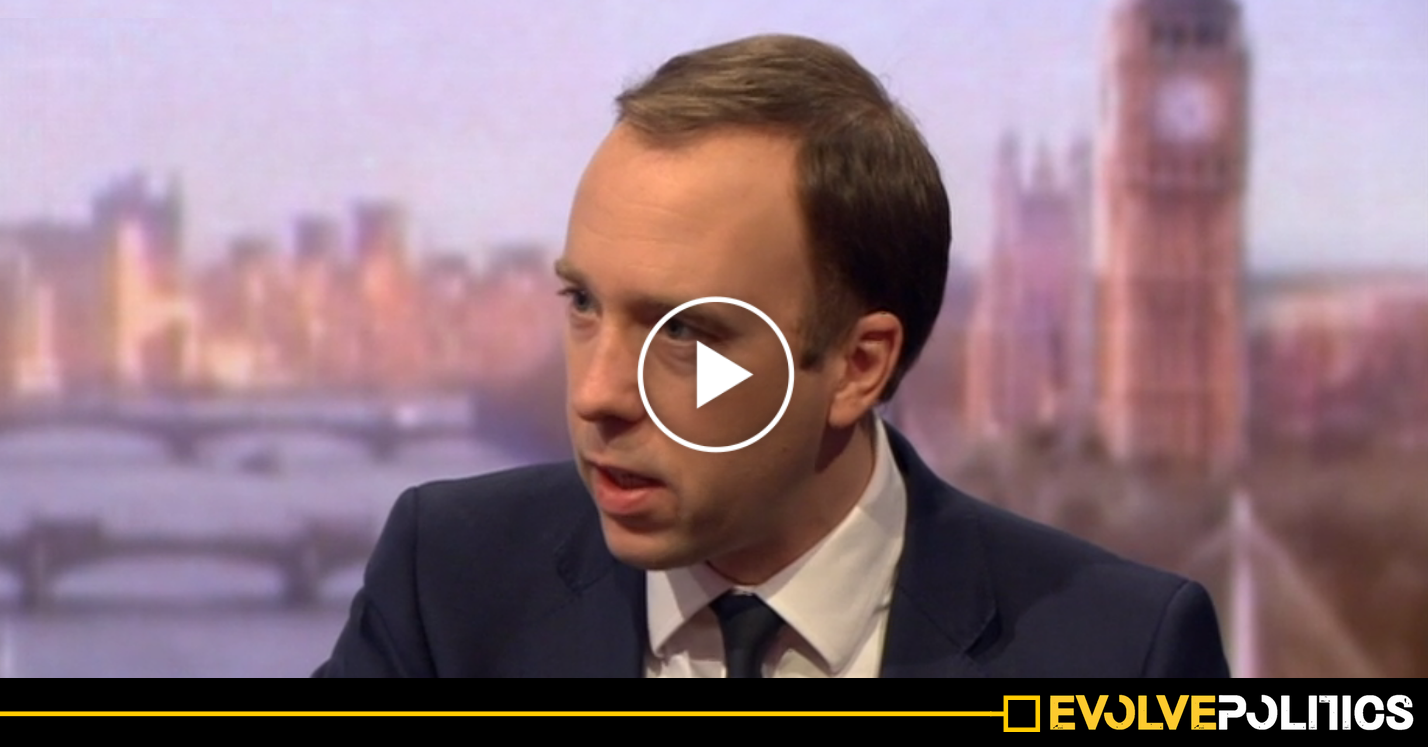 Following the tragic case of Molly Russell, the 14-year old girl who took her own life after accessing material about suicide and depression on her Instagram account, a Tory Minister has today made the startling revelation that the government is considering banning social media websites altogether as one option to stop people coming to harm from content on their platforms.

The Tory Health Secretary, Matt Hancock, made the incredible admission on the BBC’s Andrew Marr show this morning.

In regards to the Molly Russell case, Hancock was initially asked:

“The truth is, these companies are vastly, vastly profitable – hugely successful – and they do it by mining our details, mining our inner-life as it were. Therefore, they don’t want to answer to you. Do you actually have the power to compel them to do what you think needs to be done?”

Yes, absolutely. Now, I think that lots of people feel powerless in this situation. But, of course we can act. We are a nation state, Parliament is sovereign – as we are discovering in the Brexit process – we can legislate if we need to. It would be far better to do it in concert with the social media companies, but if we think they need to do things that they are refusing to do, then we can and we must legislate. We are masters of our own fate as a nation, and we must act to make sure this amazing technology is used for good, not leading to young people taking their own lives.

“And does that go as far as threatening them with extra taxes and even banning them if they carry on doing this kind of stuff?”

Well, ultimately, Parliament does have that sanction, yes. It’s not where I’d like to end up in terms of banning them – of course – because there’s a great positive to social media too. But we run our country through Parliament, and we will and we must act if we have to.”

You can watch the government Minister’s incredible admission below:

Molly Russell’s father, Ian, has said that he believes social media played a part in his daughter’s death by exposing her to images of self harm.

However, responding to the case, Facebook – who also own Instagram – said that they are “deeply sorry” for what happened, but stated that their platform “does not allow content that promotes or glorifies self-harm or suicide and will remove content of this kind“.