After Britain’s mainstream media circulated endless front page stories, videos and editorials concerning a wave of anti-government protests in Venezuela, you would be forgiven for thinking that the majority of the country is dead set against the rule of the President, Nicolás Maduro.

Anybody visiting the BBC News website over the past few weeks would have seen the desired Western narrative of mass violence and oppression from the Venezuelan government front and centre, also portraying Maduro as hugely under pressure from countless hoards of his own citizens.

The mainstream even attempted to drag Labour leader Jeremy Corbyn into the argument, insinuating that he failed to denounce the Venezuelan leader. This despite the fact that Corbyn denounced all violence, in what is so obviously not a black and white scenario – despite what the Western media want people to think.

Yet today, from looking at the coverage in the mainstream press, you would have thought that Venezuela may have fallen deadly silent. Maybe the government has ‘oppressed’ the protestors into retreat, I hear you ask…

The mainstream haven’t reported from Venezuela today, because if they had, they would have had to mention this: 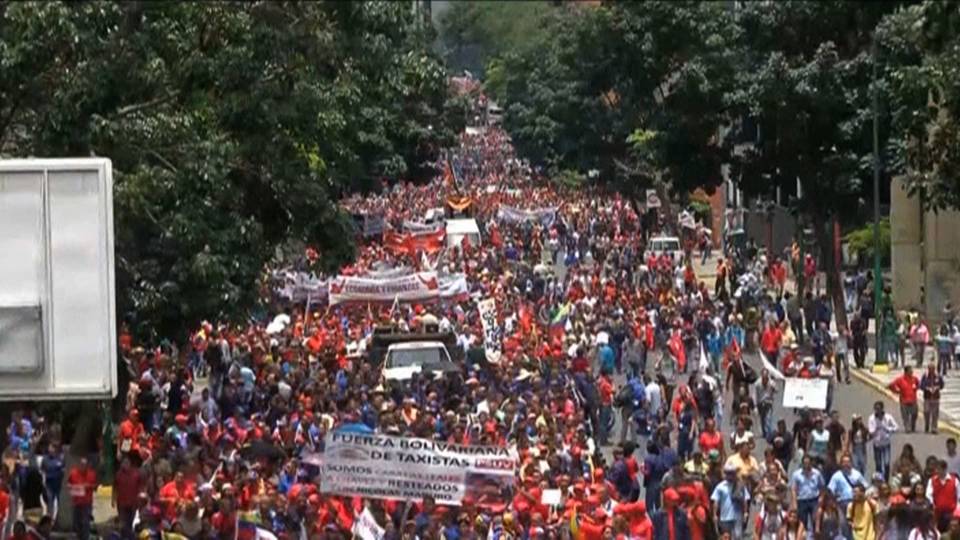 No these aren’t more anti-government protests (you know that because they’d be reported on every front page in the pro-establishment British media if they were).

This is in fact an monumental gathering of people marching in support of the Venezuelan President.

The one single mention of this march in the entire British press is this token effort on the BBC website – a piece which has not as yet been publicised whatsoever on any of the BBC’s social media accounts.

In fact you have to navigate to the World section, then the Latin America section, and then scroll almost the entire way down the page to find this particular piece of reportage:

The BBC piece contains no article explaining the march – just pictures and extremely brief descriptions, as well as a single line which cleverly, but completely falsely, insinuates that the people were only marching because Maduro had made them.

As well as to display support for their leader, the Venezuelan people have come out in their tens of thousands to protest vociferously against President Trump after his ridiculous and deeply dangerous warning of possible military intervention in the country. 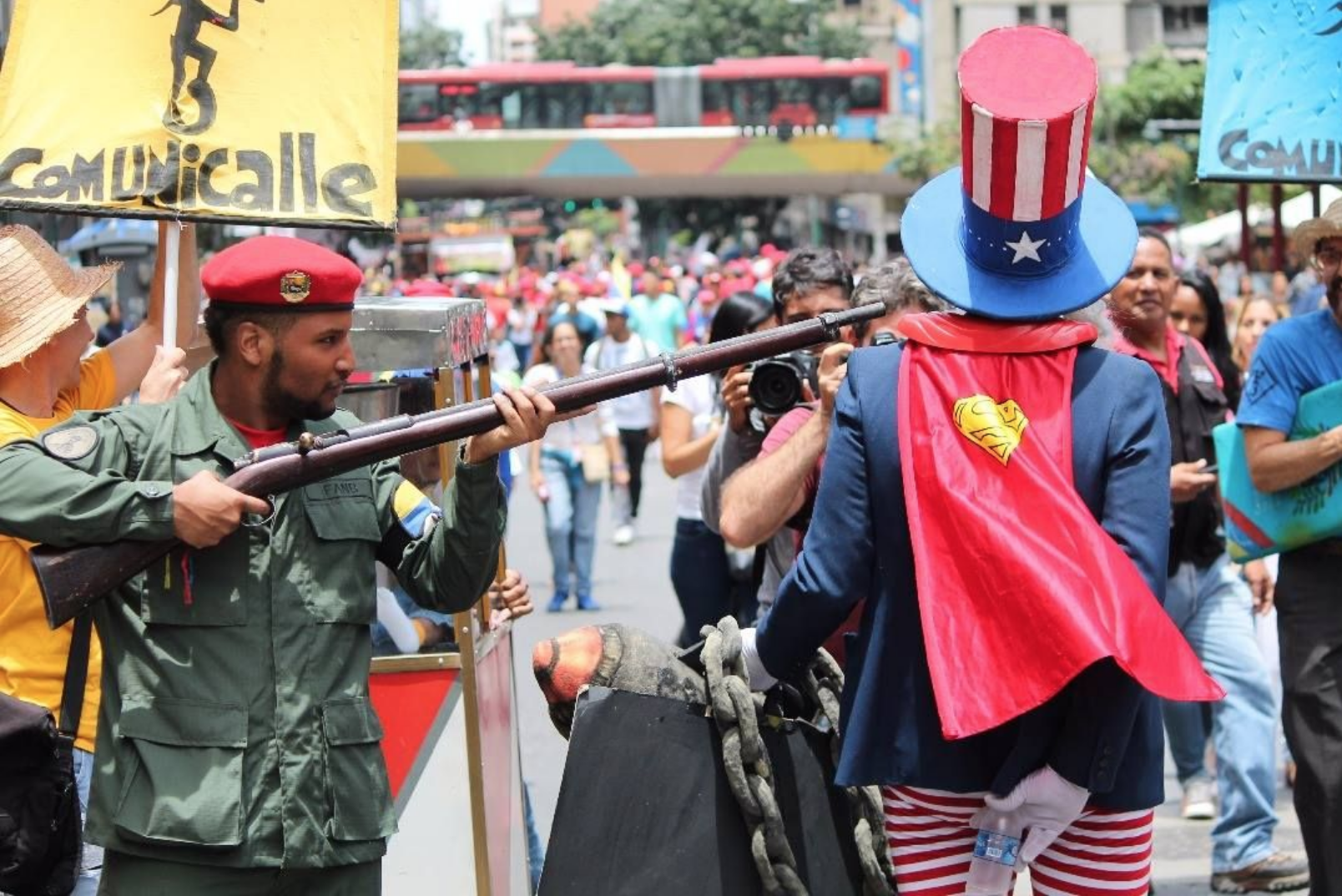 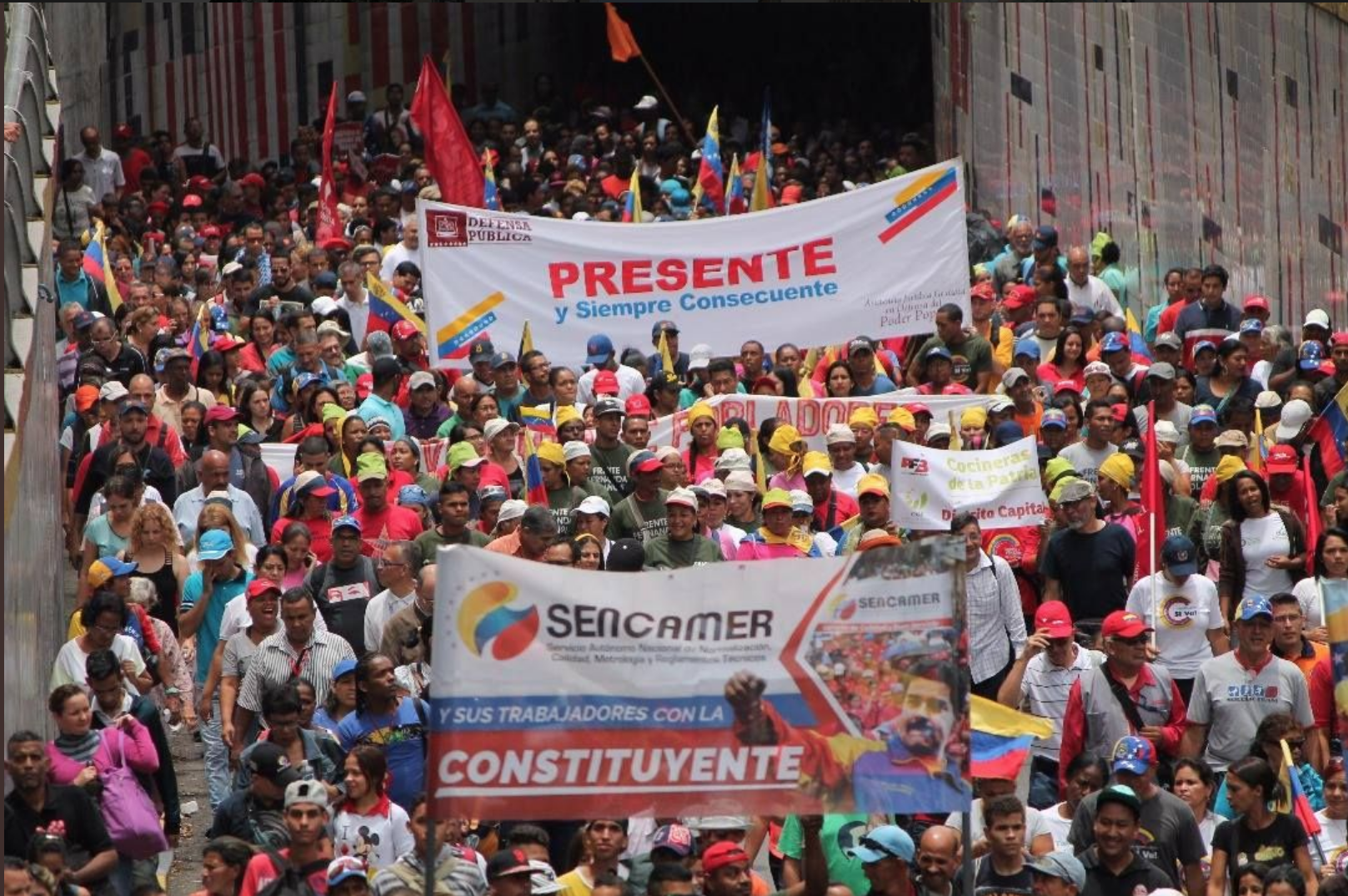 And if you still don’t believe us that the mainstream are feeding you an absolute crock of sh*t, as well as omitting the fact that Maduro has overwhelming support from the Venezuelan people, take a look at this video instead:

Does this really look like a country collapsing ‘into dictatorship’, as Vice President Mike Pence said on Monday?

Venezuela has the biggest oil reserves in the entire world, and many believe that the US are manufacturing a crisis as an excuse to overthrow the democratically elected Venezuelan government in order to install a pro-Western regime. Where have we heard that story before…

Oh yes, Afghanistan (Achieved), Iraq (Achieved), Libya (Achieved) and Syria (The West is still desperately trying – but may be forced to incur WWIII in the process).

To avoid falling for the lies and misinformation in the mainstream, we advise you to read often, and most importantly: read widely – make sure you hear both sides of the story, because you sure as hell can’t trust the British media to tell you the entire story nowadays.

To continue hearing both sides of the story, please think about supporting us below: