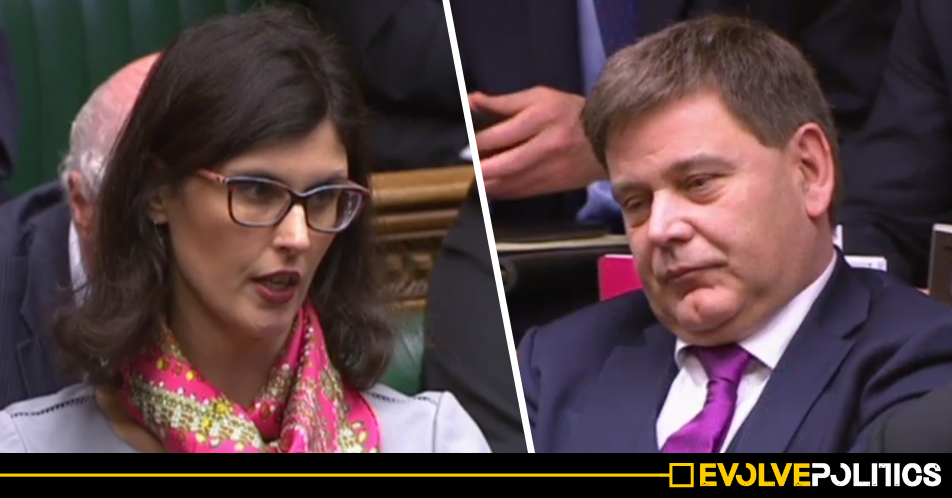 A Conservative Party MP has been branded “disgraceful” and “vile” by fellow MPs after being heard mockingly heckling a dead politician during a heartfelt tribute to the deceased man in the House of Commons.

Tory MP and prominent Brexit campaigner Andrew Bridgen was heard shouting the words “from the grave” at Lib Dem MP Layla Moran as she was expressing her sadness at the recent death of her party’s former leader, Paddy Ashdown.

Lord Ashdown, who led the Liberal Democrats for 11 years and was a widely respected figure amongst all sides of the house, died after a long battle with cancer just before Christmas on December 22nd last year.

Bridgen’s outburst was clearly audible, and MPs from all sides unsurprisingly responded by lambasting the Conservative Party MP with cries of “shame” and “disgraceful”.

Following the cessation of PMQs, Ms Moran raised a point of order with the Speaker, in which she said:

“As you were aware, when I was expressing my deep sadness at the loss of Lord Ashdown and his concern for the state of where we are now, a member for North West Leicestershire [Andrew Bridgen] shouted loudly from a sedentary position ‘from the grave’.

“I find such a comment disgraceful and I would like to ask guidance from you, Mr Speaker, on how for example he might want to retract such a statement and if this sort of conduct is becoming of members of this House.”

The Speaker, John Bercow, responded to Ms Moran’s point of order by stating:

“The honorable lady was perfectly properly paying tribute to an extremely distinguished former member of this House and someone that many would regard as an international statesperson.”

“What was said should not have been said. If the person who said it wishes to take the opportunity to apologise, it is open to that person to do so.”

Following Bercow’s response, Andrew Bridgen raised a point of order in which he refused to apologise for his words, simply stating:

“I will apologise for my remarks if any offence was caused to any members of the house.”

.@LaylaMoran has just raised this as a point of order and named Andrew Bridgen as the heckler. Andrew Bridgen has just made a non-apology, saying sorry not for what he said but “if any offence caused.” Shameless #PMQs

You can watch the incredible scenes below: