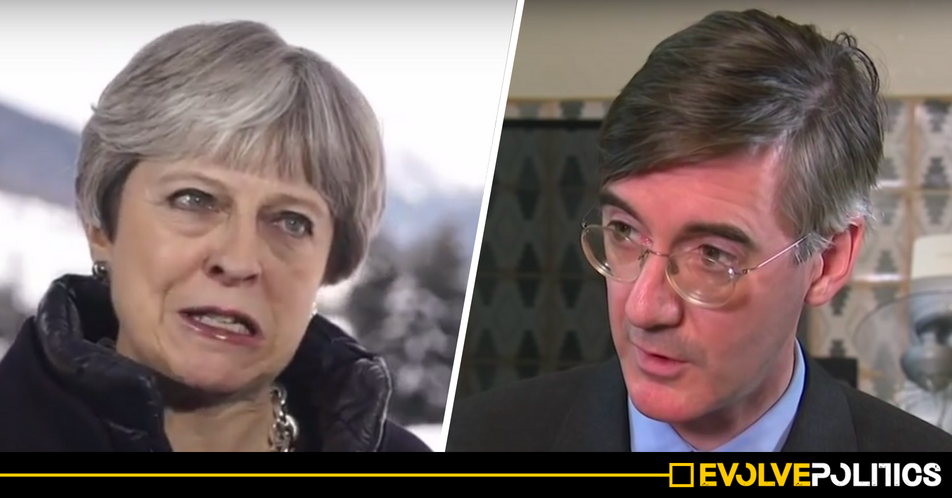 Ten current serving Conservative MPs and twenty five Tory Councillors have been exposed as being members of a racist anti-Muslim Facebook group whose members have said they want to ‘ban Islam’ and have likened Labour’s Shadow Home Secretary Diane Abbott to a gorilla, an investigation has revealed.

High profile Tory MPs such as the current bookies’ favourite to take over as Tory leader Jacob Rees-Mogg, as well as the Conservative Chair for Youth Ben Bradley were both among the ten Tory MPs reportedly found to be members of the openly racist Conservative Debating Forum group.

Examples of blatant racism in the group are rife, with an investigation by The Red Roar exposing one member saying they want to ‘ban Islam‘, whilst another uses further racist rhetoric by comparing Labour Shadow Home Secretary Diane Abbott to a gorilla:

The Red Roar’s investigation also reveals numerous other examples or blatantly racist and discriminatory views being expressed in the group, such as:

The revelations that numerous Tory politicians are members of the openly racist group will heap yet more pressure on the Conservative Party to initiate an urgent investigation into Islamophobia in the party.

Both the Muslim Council of Britain, and the Conservative party’s own Muslim organisation, the Conservative Muslim Forum, have both issued official demands to the party to begin an investigation – demands which have so far been ignored by the party, with the Home Secretary Sajid Javid even flatly denying any such problem exists.

Admins of the group then issued a statement saying they would draw up “articles of conduct”, as well as conducting a review of the group’s membership and promising to expel anybody who breached the new rules. 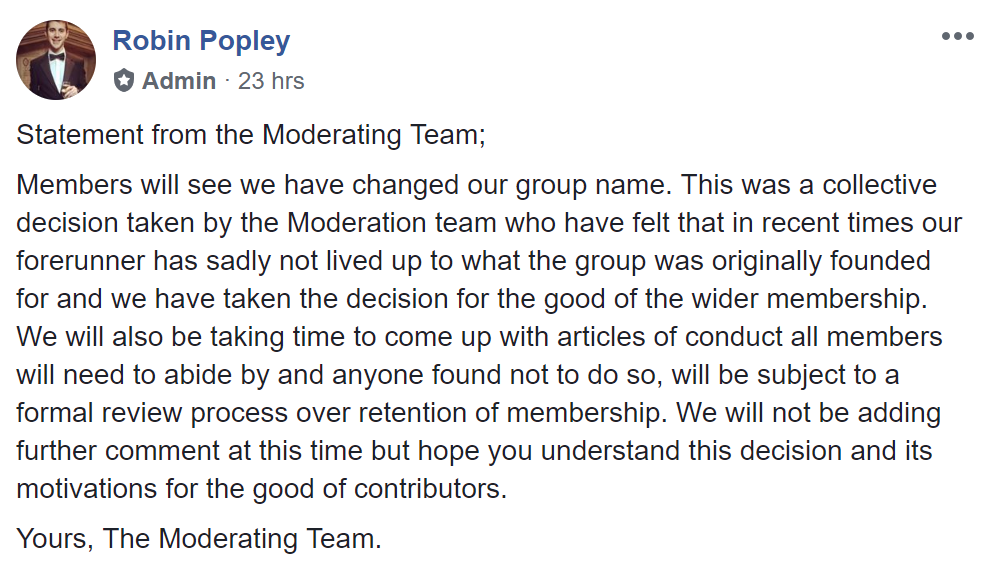 Below is a full list of Conservative politicians who were members of the openly racist group on the morning of Friday June 9th:

There is no suggestion that any of those listed have engaged in any of the reprehensible behaviour reported in this article. A number of Tory politicians have said they had no knowledge of being signed up to the group and have also indicated that they have now left the group following the revelations about the nature of content within it.

A spokesman for the group told The Guardian:

“We have been particularly tougher on people who overstep the mark in recent months.

Whilst we try to be very stringent on these matters, we cannot control the words of individual members in a forum of this size beyond banning them if reported. We are deeply saddened that despite our best efforts to prevent situations like this from arising, some individuals cannot seemingly abide by group rules.”

Whilst a Conservative spokesman said:

“This Facebook group is in no way affiliated to the Conservative party and we strongly condemn the abhorrent views shared by some members of this group.”