Home UK News Brexit A Senior Tory just said Theresa May could be toast before Xmas... 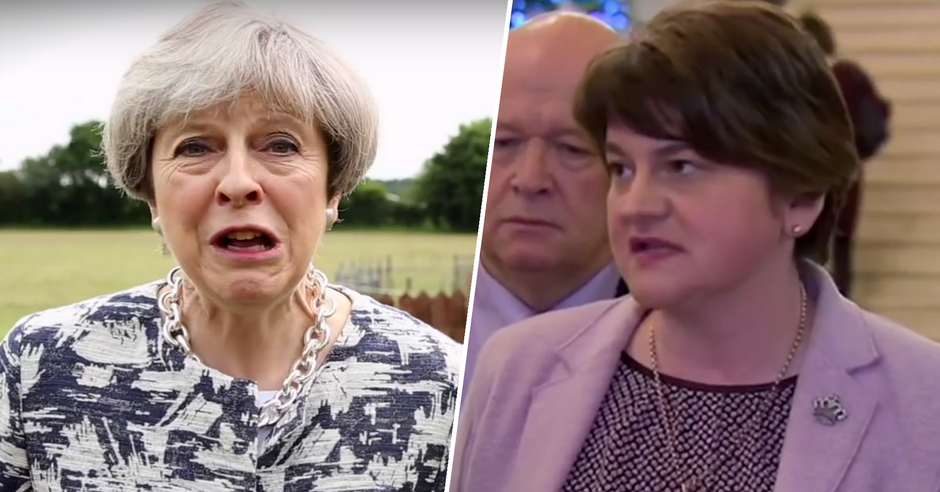 A senior Tory has said that ‘there could be a leadership change this side of Christmas’ after it became clear that Brexit is on the rocks.

Theresa May’s latest negotiations with the EU fell apart after DUP leader Arlene Foster went ‘ballistic’ over the proposal that Northern Ireland should accept ‘regulatory divergence’ from the rest of the UK in order to avoid a hard border with the Republic.

May thought she had reached an agreement on how to settle the border problem, and would be able to move on to the next stage of talks, about trade and transition arrangements. However, she had to break off from a lengthy lunch with negotiators to take a call from Arlene Foster, who torpedoed the whole deal.

The Republic of Ireland government is trying to unilaterally change the Belfast agreement without our input and without our consent. Of course, we will not stand for that.

And it’s not just Arlene Foster that Theresa May has to worry about.

At a meeting last night in Westminster, key Tories said they were supporting the DUP stance.

Speaking to The Mirror, a senior Tory said:

If, to save their blushes, the Irish agree to a meaningless and frankly unenforceable set of words then great. If they don’t, or Theresa May goes too far, then we and the DUP will withdraw support and there could be a leadership change this side of Christmas.

Shortly afterward the call from Arlene Foster, Theresa May was forced to attend a press conference to admit that talks had been abandoned without agreement.

She will return to Brussels tomorrow to try to push the talks forward, but it’s difficult to see how she’s going to reach an agreement in the face of the uncompromising statements emerging from the DUP.

Responding to the collapse of the negotiations, Jeremy Corbyn said:

The real reason for today’s failure is the grubby deal the Government did with the DUP after the election….Each passing day provides further evidence that Theresa May’s Government is completely ill-equipped to negotiate a successful Brexit deal for our country

What an absolutely ludicrous, incompetent, absurd, make it up as you go along, couldn’t run a piss up in a brewery bunch of jokers there are running the government at the most critical time in a generation for the country.

Theresa May, however, tried to minimise the latest disaster:

There are a couple of issues, some differences do remain, which require further negotiation and consultation.

But it looks as if the knives are being sharpened. Whether she will be in office long enough to oversee that ‘negotiation and consultation’ remains to be seen.