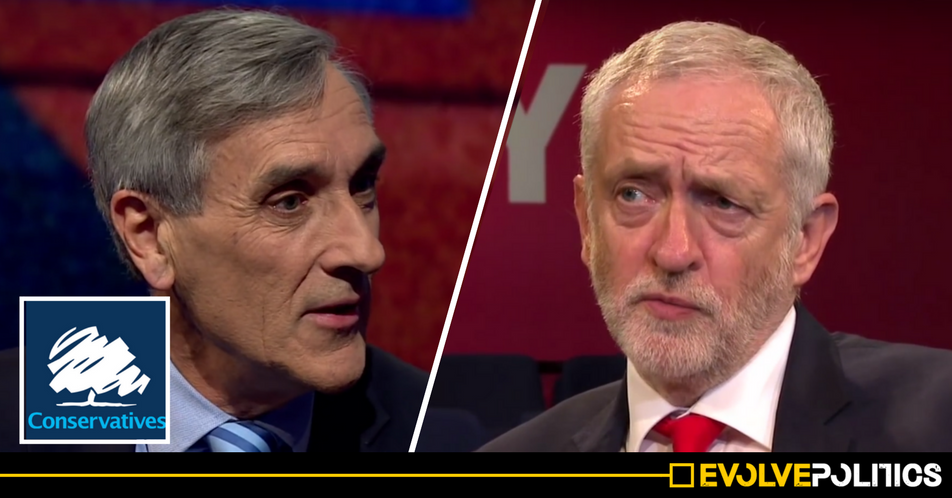 Conservative MP for Wokingham, John Redwood, just became one of the first Tory MPs to admit that austerity is actually a bad economic policy and that the Tories’ fixation on reducing the national deficit by making cuts to public services is completely misguided.

In a statement on his personal blog, which stabs a dagger right into the heart of his party’s philosophy, Redwood wrote:

I have not been worried about the state deficit for sometime, ever since Mr Brown found out that the UK state can literally print money to pay its bills. Mr Osborne, originally a critic of this in opposition, then discovered its charms in office as well. It turned out to have no adverse consequences on shop price inflation, though of course it caused massive price inflation in government bonds, because it was accompanied by severe pressure against bank lending to the private sector to avoid an inflationary blow off. I always adjust the outstanding debt by the £435 bn the state has bought up, as this is in no sense a debt we owe. So our government borrowing level (excluding future state pensions which some here worry about and which have always been pay as you go out of taxation) is modest by world standards at around 65% of GDP, and at current interest rates is affordable.

Most of the state debt we owe to each other anyway. The government owes it to taxpayers who own the debt in their pension funds and insurance policies. The state can always raise enough money to pay the donestic [sic] bills backed by the huge powers to tax, and as we have just seen when credit expansion and inflation are low it can also use liquidity created by the monetary authorities.

Mr Redwood has, albeit in a manner so matter-of-fact it suggests the Tories have known this all along, admitted what many heterodox economists have known for some time now. A sovereign, currency producing nation with its own central bank cannot go bankrupt.

Essentially, if a Government’s expenditure on social security and public infrastructure, such as the NHS, exceeds the revenue it generates through taxation, it doesn’t matter. The economic theory behind this reality is that for the Government to balance its own books within the paradigm of prevailing orthodox macroeconomics, it would have to put its citizens into debt. Either by taxing them beyond their means or by destroying any State-provided social services. For the Government to run a deficit means that citizens can run a surplus.

For an example of the destructive effects of Government balancing the State’s books, one need look no further than the recession that followed Bill Clinton’s presidency; the last US president to oversee a budget surplus. However, such surplus meant that the US Government was taking more than it spent, which caused the economy to stagnate.

Individuals are unable to save, they are forced to plunge themselves into consumer debt, to cut their spending and their investment in the economy.

The fact is, as Mr Redwood himself pointed out, the Government has the means to keep its deficit under control internally. Such is a function of having a fiat currency, as does the UK. There is no necessity for the Government to reduce its deficit by tying up the noose of austerity.

On top of that, a Tory Government more concerned with cutting its deficit than investing in the country over which it has charge means that we are fundamentally less productive. Mr Redwood again admits that it is, in essence, the trade deficit about which we should be concerned:

The deficit I worry about much more is our external deficit. That is the one where we have to buy foreign currencies to pay for it. It is the reason why we keep selling some of our best property and business assets to foreigners, and why we have to borrow abroad. Running at around 5% of GDP it is high by world standards, and means we gradually get into more debt or sell more assets to keep up with it. When you owe money to foreigners they may not accept money created to pay them off but will need real assets.

It is of course the Government’s misguided agenda of austerity that has led to the asset stripping, to the sale of silver, the flogging off of our national treasures. As a result, we have to put up with a private train service that is publicly owned by another country’s Government! This on top of energy provided by foreign entities and a housing crisis perpetuated by foreign investment in empty blocks of mansion flats.

All that truly matters is full employment. Until we have that, the Government must run a deficit in order to invest. Instead, the Tories perpetuate the myth that the country must “live within its means”, they continue to allow the proliferation of insecure employment and they continue to fail the people they are supposed to help.

When their own MPs are admitting it, it is time for the country to list: the Tories are the true party of economic incompetency.