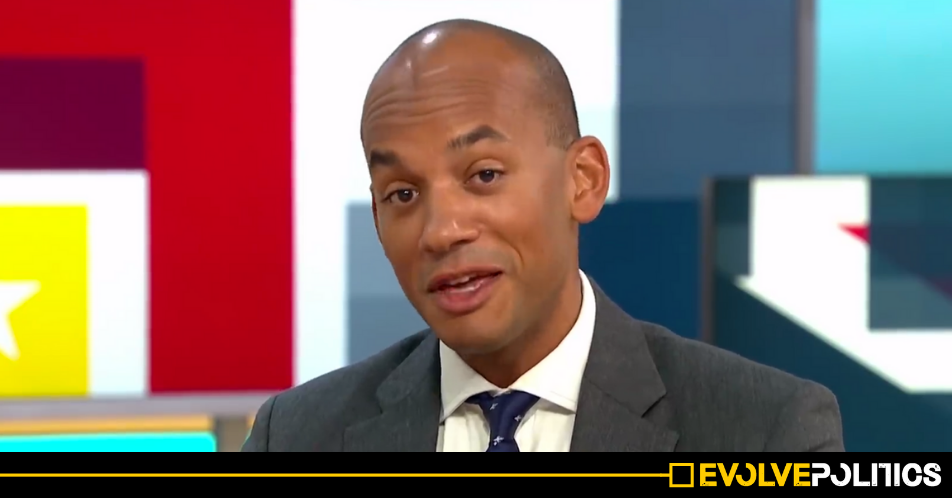 Imagine earning a wage of four hundred and fifty one pounds every single hour. That’s seven pounds a minute, or 12p every second. Nice work if you can get it, right? Well this is how much the seemingly entirely optic-oblivious, supposedly left-wing, anti-Corbyn “Labour” MP Chuka Umunna will receive for his new job chairing the Progressive Centre UK, a new Centrist think-tank.

Progressive Centre UK is Chuka’s pet project. Looking to bring the halcyon coziness of Blairite ignorance back into our lives – before we realised the world was going to burn up in 12 years or that people died nightly of exposure on our streets, or that our weapons industry funded genocide on the other side of the world.

However, despite representing the party, the wealthy MP for Streatham is no ordinary Labour MP. He has, and continues to be, a staunch and outspoken opponent of the Corbyn-led Labour Party leadership.

Umunna has accused Corbyn’s Labour of being “institutionally racist“; used his Independent column to declare that “the country deserves so much more than what it’s getting … from Jeremy Corbyn right now“; has derided and opposed Corbyn’s supposed pacifism; and has generally sought to undermine and disparage the Labour leader at every possible turn.

The man drips smarm; positively reeks of it. That ‘eyes-half-shut, drawling grin’ of a senior school prefect.

His unabashed entitlement and barely-concealed serpentine nature was exposed for the world in 2013 when he was revealed to be a member of ‘ASmallWorld’ – a social networking site for rich people – on which he asked how he could avoid ‘trash’.

Indeed, it prompted the comment that the MP has more faces than Armani suits.

So it must be true. Centrism – or the political performance art that consists of dressing neoliberalism in a smile and a sweet perfume, shilling the lie that the rotten core of an apple can be saved with some subtle manoeuvering – stands in stark contrast to the face Chuka apparently has as an MP for Britain’s most prominent democratic socialist party.

Though his Janus-facedness is no surprise. He has always lived the principles of Conservatism. In May of 2018, Umunna was reviled by all for his advertising of a year-long, unpaid internship.

Perhaps such actions merely form the basis of Chuka’s Centrism. Certainly, growth can be inclusive to those with the money to work for free; certainly, it can be inclusive for those we don’t deem unimportant enough to be sacrificed.

Given that Chuka will now be accepting £65,000 to prepare “publications and other content” for his Centrist think tank, perhaps these ideas will form parts of his contributions.

Surely, nothing in the world better sums up Centrism than an already highly paid man getting paid another inordinately and unnecessarily monstrous sum of money to churn out some vague thoughts for a think tank on how to continue a fundamentally broken economic system in a way that keeps inequality and sufferance to just enough of a simmer that the British public might continue to stomach it.

Nothing better sums up Centrism than an ostensible left-wing socialist accepting vast sums of money for all-but no work while continuing to don a drooling grimace of a grin in utter self-satisfaction.

MPs are public servants. They should not be allowed to accept money for any other job than that of being an MP. That is the sacrifice of public service. Otherwise, we are going to continue to have our Parliament packed with perfidious parasites with no respect for public office and no want of ideological substance. Just empty, hollow, disjointed smiles in nicely pressed suits.

Perhaps we’ll be able to rely on Jeremy Corbyn to finally end the practice. And perhaps that’s exactly why people like Chuka don’t like him.