Home Funny Politics News and Satire Anti-Corbyn Labour MP should ‘resign or be deselected’ after agreeing to speak... 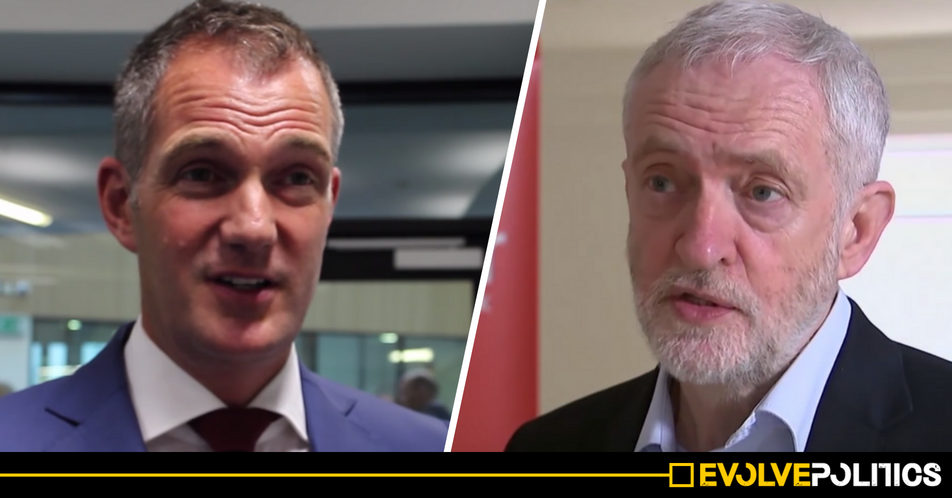 A right-wing anti-Corbyn Labour MP is facing mounting calls to either resign or be deselected after it was revealed that he had agreed to speak at an official Conservative Party event nicknamed ‘Tory Glastonbury’ in September.

Peter Kyle, the Labour MP for Hove, is reportedly listed on the line-up of speakers at the Tory Glastonbury event alongside other ‘stellar’ names including the Environment Secretary Michael Gove, the International Development Secretary Penny Mordaunt, and for some utterly bizarre reason, the TV chef, Loyd Grossman.

Following the revelation of Kyle’s impending attendance at the Tory event, Labour supporters on social media unsurprisingly called for the party to remove the whip or for his local branch to deselect the Hove MP.

Many also pointed to how the Labour Party – then under the direction of the right-wing General Secretary Iain McNichol – sought to oust supporters of Jeremy Corbyn in the run up to the 2016 Labour leadership election for showing even the slightest hint of support for other political parties.

One Labour member called Ben revealed that he was banned from voting in the 2016 leadership election because he supposedly “showed support for the Green Party on Twitter in 2014 and 2015” by retweeting Green Party tweets.

Unsurprisingly, given the absolutely ludicrous reasons given by the party to purge supporters of Jeremy Corbyn in 2016, Labour members are now demanding that anti-Corbyn Peter Kyle either resigns the whip of his own accord or is handed the same treated for agreeing to speak at the official Tory event:

Hmm. Now SURELY speaking at a Tory event SHOULD be enough to get any Labour member suspended, given some were suspended just for retweeting Green Party tweets in 2016?

Tory Glastonbury 2018 is on the way, and headlining the Unite Mandatory Reselection tent is Labour MP @peterkyle

We had the award-winning global stars Clean Bandit.

They have some dude rattling on about the joys of neoliberalism.

I don't think it is acceptable for this Anti-Corbyn @LabourMP Peter Kyle to be speaking at a Tory Event: supporting Tories surely is not what we are paying Labour MPs for?https://t.co/kB4KqeJj06
Why is he not expelled? @JennieGenSec @jon_trickett

Tory Glastonbury was held for the first time ever last year and received ridicule on social media after attracting only a small numbers of guests, with many mocking the event for bearing a closer resemblance to a village fete than a major political party event.

Roaring success that it was. pic.twitter.com/6QWYryMfH0

However, this year’s event promises to be a little bigger, with Tory chiefs also undoubtedly delighted that they have been able to secure an anti-Corbyn Labour MP to speak.

Kyle has been an constant critic of Labour leader Jeremy Corbyn, and called for the Labour leader’s resignation during the coup in 2016.

This year’s Tory Glastonbury is set to held across a staggering eight tents where guests will be treated to an entire day of Tory-themed ‘entertainment’.

However, despite adopting the Glastonbury moniker, event organisers have reportedly failed to secure a single musical act for the event.

Dear 'Tory Glastonbury' organisers:
1. young people are not attracted to Michael Gove lol
2. eight tents and no music is shit scout camp, not a festival
3. the left have fun cos the being a Tory is not fun (try socialism)
4. how do I apply for press pass?https://t.co/3LtxkgqjfH pic.twitter.com/TYxei0Fflk