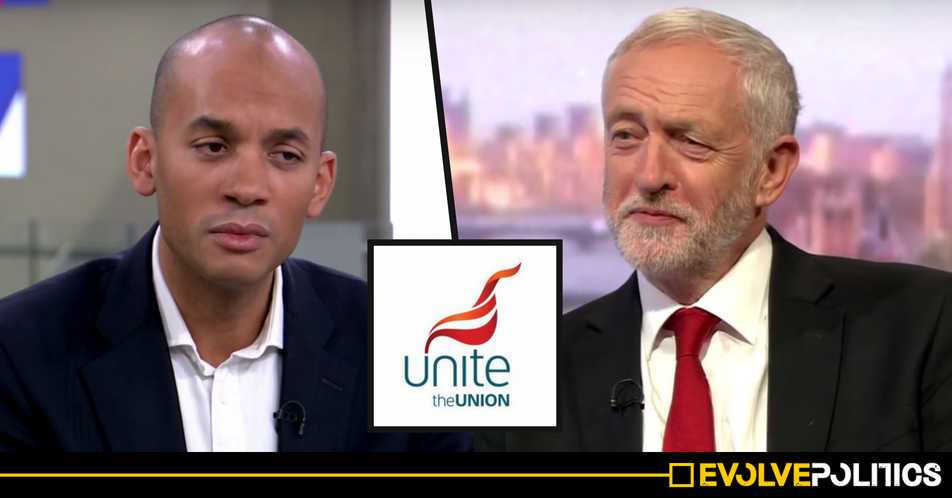 The UK’s largest Trade Union have indicated that they will be pushing for a vote to reintroduce Mandatory Reselection at the upcoming Labour Conference in September. If passed, a vote to reintroduce the process would mean that MPs who are unpopular within their Constituency Labour Party (CLP) could be more easily replaced through a democratic vote of local members before any forthcoming General Election.

The process of Mandatory Reselection was one of a vast swathe of powers taken away from Labour members under the leadership of Neil Kinnock – a move that essentially granted Labour MPs a job for life, even if they became deeply unpopular with their CLPs.

The abolishment of the process in the 80s essentially allowed free-rein for the party to lurch to the political right, and firmly away from the views of the vast majority of members. Indeed, from the beginning of the 1980s until 2008, the party ended up losing more than two thirds of its entire membership, falling from around 600,000 to a historic low of just over 170,000 in 2008.

However, since Jeremy Corbyn’s election to Labour leader in 2015, party membership has soared once again, with around 350,000 members joining in the 3 years since his unexpected rise to power in 2015.

Yet, with vast numbers of people flocking back to the party to support a leader who truly shares Labour’s historic left-wing values, many of the party’s right-leaning MPs have made Corbyn’s life extremely difficult.

Three years of searing criticism and outright mutiny within the Parliamentary Labour Party has unsurprisingly led to a large proportion of members feeling that right-wing MPs are actively working against the interests of the party in a bid to simply further their own failed neoliberal agenda.

Indeed, just yesterday it was reported that a group of around 12 right-wing anti-Corbyn Labour MPs were holding secret meetings with the intention of sabotaging a Corbyn-led government, should the party win the next General Election.

The plotters – said to include numerous outspoken Corbyn-critics such as Chuka Ummuna, Stephen Kinnock and Liz Kendall – were reportedly aiming to wait until Labour were elected into government and then break away from the party to ensure that they could not form a government.

Unsurprisingly, such an brazen show of disloyalty from elected Labour MPs went down like a lead balloon with the membership – leading to a massive increase in demands for the reintroduction of Mandatory Reselection.

And now, following the latest surge, a Senior source within the UK’s biggest Trade Union, Unite, has reportedly given the green light to push for a vote on the issue at the upcoming Labour conference in June.

According to the Skwawkbox website, a Senior Unite source said:

“Mandatory reselection is our policy so expect us to push this at the conference. If it didn’t get through I would expect us to be actively looking to use the trigger process.”

Unite initially voted to support the policy of Mandatory Reselection back in 2016 at a time when Corbyn’s leadership was fragile amidst the infamous so-called ‘chicken coup’ mounted by right-wing MPs who predicted he would lead the party to electoral oblivion.

However, after surviving the coup by defeating Owen Smith in the 2016 Labour leadership contest, Corbyn then went on to lead Labour to their biggest General Election vote increase since 1945 – a result which saw Corbyn’s position as leader strengthened significantly.

And now, with Unite holding significant voting power within Labour’s ruling body, as well as a large proportion of Corbyn-supporting Labour delegates and other Trade Unions also expected to back such a vote, the days of openly disloyal right-wing Labour MPs actively working to keep the Tories in power may well be severely numbered.