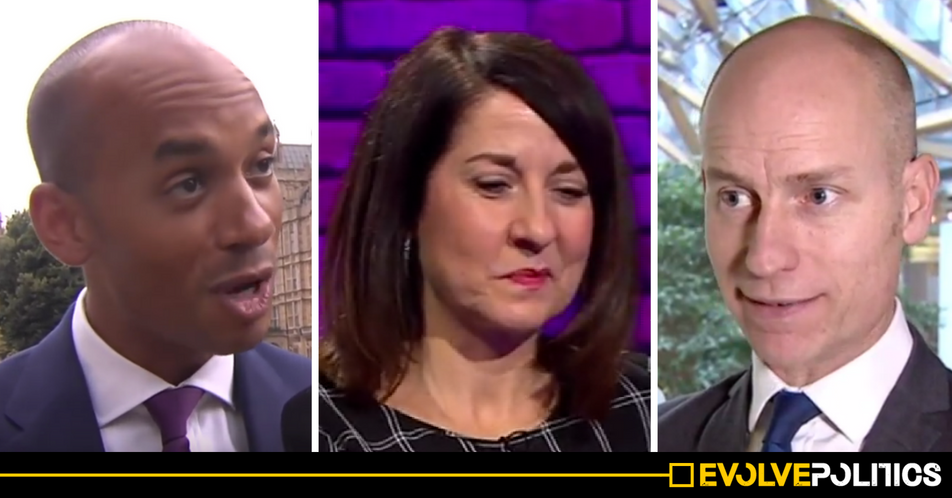 A group of around 12 right-wing Labour MPs have reportedly been holding secret meetings at a luxury 12-acre estate in Sussex to plot their sabotage of an imminent Jeremy Corbyn-led Labour government, should the party manage to oust the Tories at the next General Election.

In a move that will almost certainly enrage the vast majority of Labour members and significantly boost calls for Mandatory Re-selection of MPs, the group of right-wing Labour MPs are reportedly planning to wait until Jeremy Corbyn leads the party to a General Election victory, and then break away from Labour to ensure that Corbyn would not be able to push through any legislation.

A source within the group reportedly told The Express:

“As things stand Labour could win the next election simply because the Tories have made such a mess over Brexit and look so incompetent.

If that happens we will break away and either form a separate Labour Party within parliament or a new party.

There are [Remainer] Conservative and Lib Dem MPs who are interested in joining us if we do form a new party because of Brexit.”

“Hand on heart I have no clue about that. If such meetings are taking place I have yet to receive an invitation!”

However, Kinnock’s colleague Chris Leslie went on to admit that he had been meeting like-minded colleagues outside of Westminster, but insisted the meetings were about “policy discussion” and not sabotaging an imminent Corbyn-led government:

“I meet with colleagues all the time, mostly in Parliament but sometimes it’s good to get out of Westminster. We had a really positive policy discussion and I very much appreciated the opportunity. I can’t recall Jeremy Corbyn featuring in the discussion at all.”

The wider group of plotters is reported to contain up to 20 anti-Corbyn MPs, including John Woodcock, the now Independent MP for Barrow and Furness, who opted to resign from Labour amidst an investigation over alleged sexual harassment.

Despite virtually no appetite for a return to neoliberalism amongst Labour members, the right-wing plotters are reportedly optimistic about their chances of regaining control of the party, with one source reportedly stating:

“We are getting together regularly to discuss how to take back control of the party.

At some point the Corbyn leadership is going to fail and collapse, we only need to see what is happening with the anti-Semitism problem, and we need to be ready to step in, win the leadership, rebuild the party as a credible force, and repair the damage that has been done.”

However, when told about the plans to try and ‘take back control of the party‘, a source close to Jeremy Corbyn reportedly mocked the plotters’ outdated politics, stating:

“Labour isn’t about to fall back into the hands of out-of-touch career politicians who support cuts and back foreign wars, no matter how many fancy away days they hold.”

The alleged plot by Labour MPs to double cross Labour voters by breaking away from the party after a potential Corbyn victory will no doubt intensify calls by Labour members for all Labour MPs to face mandatory re-selection.

The democratic process of Mandatory Re-selection – which was abolished under the leadership of Tony Blair – would mean that an MP’s local constituency party would have the final say on who they wanted to represent them at any forthcoming General Election, thus ensuring that any potential internal plot to sabotage a future Labour government could be extinguished by local members before it began.

Evolve predicted back in February that right-wing Labour MPs would seek to instigate such a plot to collapse a Corbyn government, and argued then that a return to Mandatory Re-selection would be the only way to stop such a deeply treacherous move from MPs opposed to the leadership.

At least two local Labour branches have already backed motions calling for a return to Mandatory Re-selection, and if Labour members truly want to see Corbyn’s hugely popular manifesto implemented in government, a return to mandatory re-selection is now seemingly an absolute necessity.